Carlos Sainz believes Renault's recent weakness relative to its midfield rivals is rooted in the lack of progress of its power unit.

The French squad had a firm grip on its fourth place 'best of the rest' position in the Constructors' standings up until the latter part of the summer.

But a performance slump of its R.S.18 has since enabled Haas to outscore Renault and move within just 8 points of its midfield rival, a dwindling advantage that Sainz has pinned on a lack of engine performance.

However, the works team has so far declined to adopt the manufacturer's new C-spec engine used by Red Bull, fearing its reliability is not yet on a par with the unit's performance gain.

"I think there was a big setback with probably the engine side," Sainz told Motorsport.com.

"We didn’t expect Ferrari and Mercedes to do such a big step through the year. We thought that the B-spec was probably going to be just enough, but we’ve seen at the moment that it is not enough.

"We brought things to the chassis, probably the chassis is not that bad, but on the top speed side we are not where we want to be."

While recognizing the sheer power benefit associated with the C-spec engine, Sainz reckoned its unproven reliability still made the unit a far too risky proposition. 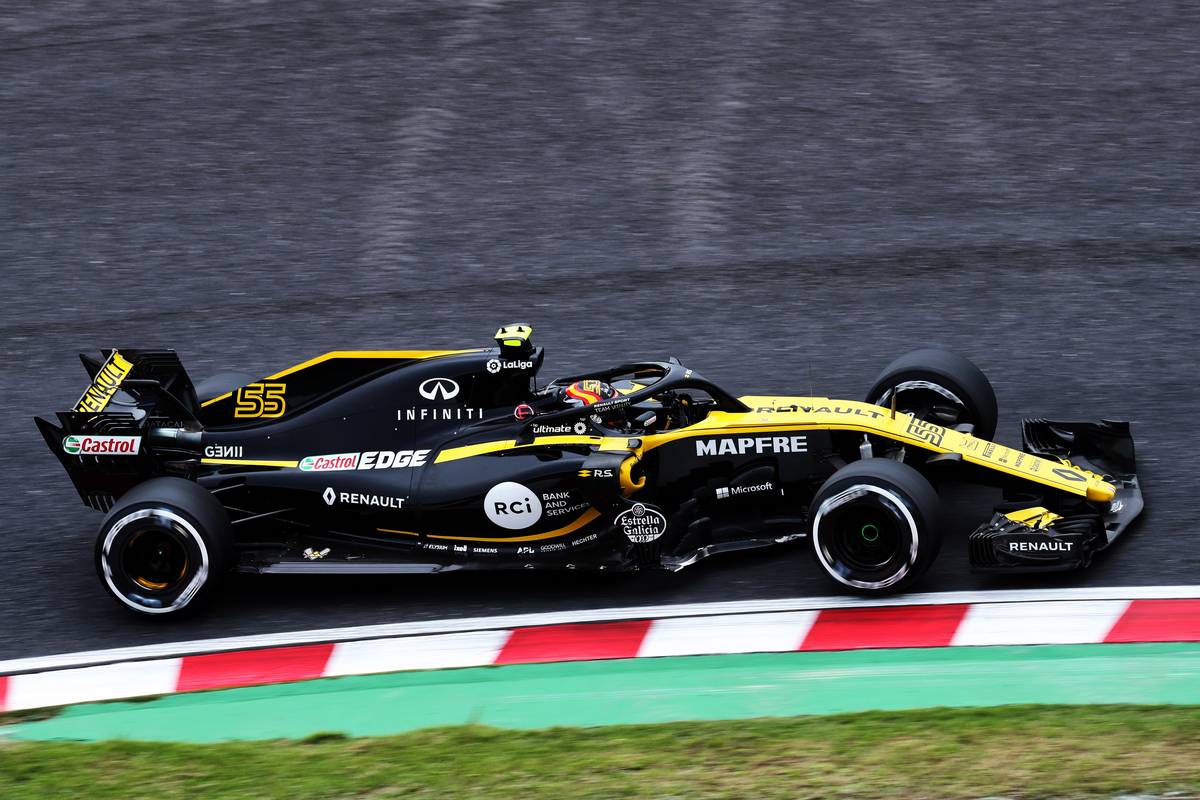 Red Bull's own concerns over the C-spec's durability were somewhat alleviated by the fact that the team uses a different fuel supplier than Renault, hence its acceptance to race the new engine.

“The team is fully sure that with our fuel it is just not reliable enough, so I fully back the team with whatever decision they take," added Sainz.

"I just think we need more power, which we don’t have, and we don’t get it for whatever reason.

"If we wanted to be in Q3 in Japan we just needed more power, and Honda has showed that it is possible."