British eSports driver Brendon Leigh got his new season off to a dream start this week with victories in two of the first three races in the revamped F1 eSports Pro Series.

The 19-year-old is defending the title he won in the tournament last year.

The Mercedes AMG Petronas Esports Team driver began his campaign with convincing wins in races on virtual simulations of Melbourne's Albert Park track in Australia, and at the Shanghai International Circuit in China.

Leigh started the first race from pole and was barely challenged for the rest of the race. He was fifth on the grid for the second round after a rain-hit qualifying, but fresher tyres helped him fight his way to the front by the chequered flag.

He also looked set for victory in his final outing of the night, which was set on the Baku street circuit in Azerbaijan. However Danish racer Frederik Rasmussen managed to get in the slipstream of the Mercedes and applied DRS down the final straight to snatch victory for the Toro Rosso Esports team.

Leigh still crossed the line in second place, which means that he takes a total of 68 points from the night's work.

It puts him 27 points ahead of his Mercedes team mate Daniel Bereznay from Hungary, who also had a successful night at the Gfinity Esports Arena in London where the first races were being held.

Bereznay was sixth in Australia after being handed a costly time penalty in the Australian race for speeding in the pits. Starting from pole he ended up following Leigh across the line in Shanghai for second place, and then ended his day with third in Baku.

Rasmussen is currently in third place with 27 points, while Mercedes has a firm grip in the team championship. There's a $200,000 prize pool on offer for the successful title contenders. 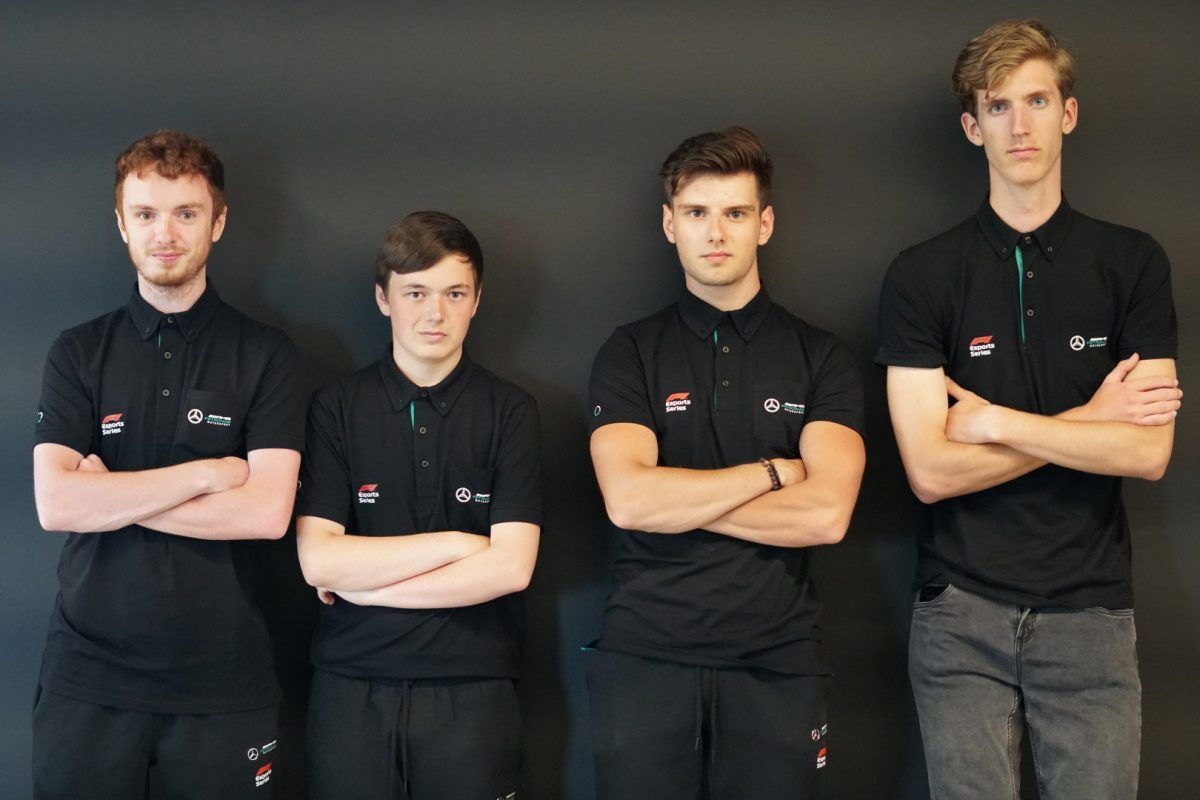 Other drivers claiming a podium on the night included Williams Esports’ Tino Naukkarainen and Red Bull Racing Esports’ Joni Tormala who were second and third respectively in Australia, as well as Hype Energy eForce India's Marcel Kiefer who took third in Shanghai.

Nine of the ten current Formula 1 teams have invested in entering top of the line eSports teams in an expanded championship this year. Only Ferrari has opted to sit out this year's competition.

The next round on October 31 - also at the Gfinity Arena - will feature races at Silverstone, Paul Ricard and Spa-Francorchamps.

The final four races will be played out at Hockenheim, Singapore, the Circuit of the Americas and finally Abu Dhabi's Yas Marina Circuit. Qualifying takes place on Friday 16 November with the races the following day, with online streaming via the F1 eSports website.