Mahindra Racing has succeeded in snapping up former DTM champion and Sauber F1 driver Pascal Wehrlein to race for them full time in season 5 of the ABB Formula E all-electric championship.

Wehrlein will be paired with another former Formula 1 driver, with Jérôme d'Ambrosio announced as his team mate for 2019.

“I’m very happy to be joining Mahindra Racing, said Wehrlein. "It’s a small team but with really high ambitions and I have the same high ambitions.

"I want to achieve the best possible results and I have a feeling the team is the right environment for me. I’m looking forward to the season and I will give my best."

Wehrlein had been hoping to make it back into F1 next season and even turned down the offer of a race seat at HWA to keep his focus on that prospect. That seat has now been picked up by current McLaren F1 driver Stoffel Vandoorne.

But news that George Russell has been signed to race for Williams next year meant that there are now very few vacancies left on the Grand Prix grid, leaving the chance of competing in Formula E looking increasingly irresistible to the 23-year-old.

While it will be a new experience for Wehrlein, his new team mate has plenty of experience driving in Formula E. D'Ambrosio is a veteran of the series with four years at Dragon Racing under his belt.

“I’m super excited to join Mahindra Racing," he said. "I’ve known some people in the team for more than ten years and haven’t managed to work together with them yet and now we are going to have that opportunity, which is a great prospect.

"I think we have a great team and a really dedicated bunch of people with the possibility of doing something great so I am really motivated to make sure that we achieve the results that the team deserves."

Nick Heidfeld remains with Mahindra as test and reserve driver, with Belgium's Sam Dejonghe remaining as simulator and development driver. 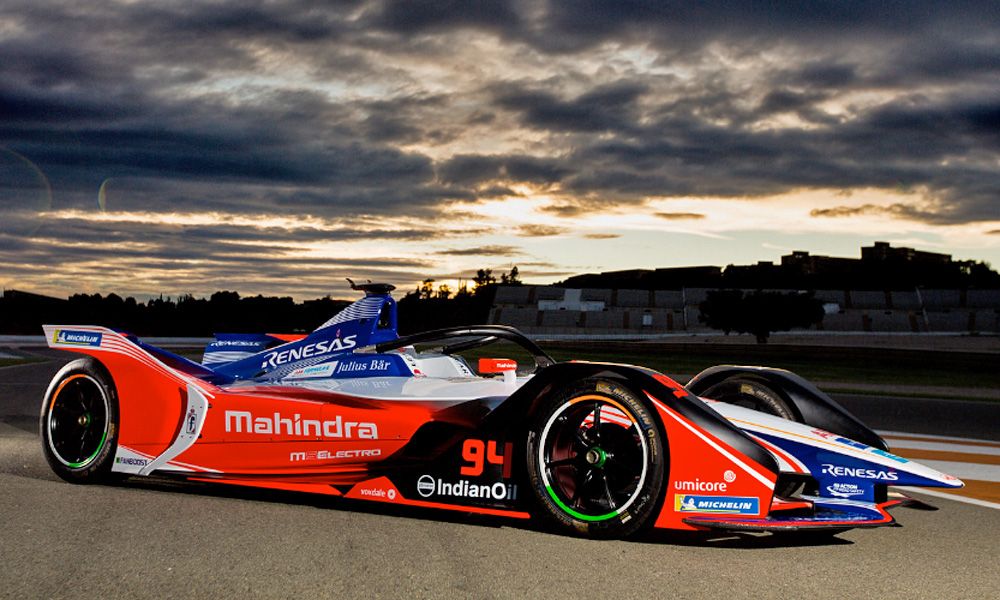 The team also unveiled its new livery, an evolution of the team’s iconic and unique red, white and blue colour scheme which has been updated and created to reflect the exhilarating new design of the Gen2 car.

“I am truly thrilled to be able to announce what I believe is one of the most exciting and dynamic driver line-ups on the grid, packed full of talent," said team principal Dilbagh Gill.

"We are delighted that Pascal will join the team as he begins a new racing challenge in Formula E. As a young and enthusiastic yet incredibly experienced driver, he is a valuable addition to the team.

"Having Jérôme join Mahindra Racing with his years of experience and multiple wins in this championship is something we are also extremely excited about. He is very motivated to bring success to Mahindra and has already been working hard behind the scenes preparing for the season."

Preparations for the new Formula E campaign formally begin today, with pre-season testing taking place at the Ricardo Tormo Circuit in Valencia, Spain between 16-19 October which is open to the public. The first race of the season takes place in Saudi Arabia on December 15.

Latifi and Gelael get free practice outing in Austin

Whiting says there will be no delay to 2021 changes