It might have been a full year since the last United States Grand Prix, but the busy Fernando Alonso has already been back on track in the US a number of times in 2018.

“I’m very happy to go back to the US," said the McLaren driver this week. "I obviously raced there in January at Daytona, and then I went to Barber in Alabama a few weeks ago for the IndyCar test.

"Now, I’m going to another circuit – one of my favourite ones, Austin – for the last time in Formula 1 in the US," he said, contemplating his imminent retirement from F1 at the end of the current season.

“I’m ready to enjoy the magic atmosphere there. For me, it’s always very nice to race in front of the American fans.

"Hopefully we can get back into the points that we need for the constructors’ championship, to help the team and to give us a boost in motivation."

Even that modest ambition of scooping up some points this weekend seems like a tall order given McLaren's ongoing struggles in recent races.

“We had a very good race in Singapore a couple of weeks ago, but we weren’t in the points in the last two races," he acknowledged. "So in Austin we want to change that."

It's all a far cry from his weekend in Japan, where he successfully finished on the podium in the FIA World Endurance Championship Six Hours of Fuji race, which had been pulled forward by a week in order to avoid a direct clash with the United States Grand Prix and allow Alonso to participate in both races.

Alonso and his co-drivers Kazuki Nakajima and Sebastien Buemi had to settle for second place in Sunday's race, after being out-paced by the sister #7 Toyota car crewed by Kamui Kobayashi, Mike Conway and Jose Maria Lopez.

"Mega weekend again for the team!," Alonso said on Twitter after the race. "Congrats to car 7 today, very happy for the team.

"A perfect result at the home GP. 1-2 and we extend the advantages in the drivers and constructor championship." 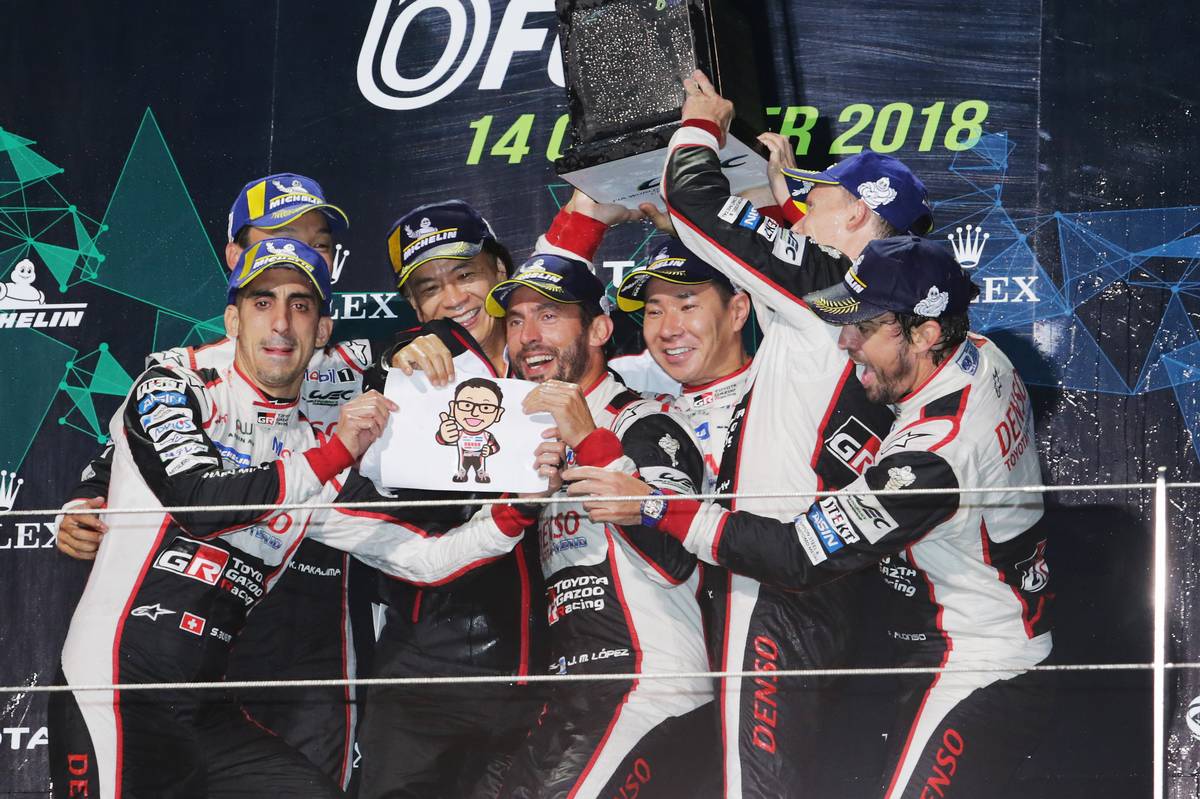 Toyota now has a 14 point lead over Rebellion Racing in the team standings. Alonso, Buemi and Nakajima remain top of the drivers’ championship with 84 points apiece, which is 13 points ahead of their Toyota stablemates.

But Alonso insisted that Toyota didn't have an unfair technical advantage in WEC over its rivals.

“People are always talking about Toyota's dominance, but [on Sunday] SMP and Rebellion were doing the same times as us when they had a clear lap,” Alonso pointed out

“To have a car that's been developed for four months doing the same times as a Toyota with 10 years of development is unfair, if we want to call it that, but today they nailed it.

“Other times they lose three or four minutes more than us in the pitstops during the six hour.

"When they finish three or four laps behind, it looks as if the Toyotas are racing alone, but that's the result of a race that's perfectly executed.”

Unfortunately Alonso can only dream of the days when McLaren used to hold a similar dominant advantage in Formula 1.