Almost exactly one year ago, Brendon Hartley was gearing up for a day that he had come to believe would never arrive.

The Kiwi's hopes of racing in Formula 1 had been dashed when he was dropped from the Red Bull young driver programme in 2010 by Dr Helmut Marko. He went on to establish a successful career in sportscar racing instead.

After being part of the winning 2017 Le Mans entry, Hartley was startled by a call from Marko asking if he wanted to have another crack at F1. He duly got his start with Toro Rosso in last year's United States Grand Prix.

"It's one year on since I made my Formula 1 debut in the United States GP," the 28-year-old said this week ahead of his return to the Circuit of the Americas in Austin, Texas.

The anniversary of one year in Formula 1 is a small milestone," he admitted. "[But] it marks the first time this season that we come to a track that I have already driven in a Formula 1 car.

"I'm very excited to be going back to Austin because it's a city I love and a track I enjoy," he continued. "The whole track has a very bumpy surface and it's very technical.

"For a new track it has a lot of character, with plenty of undulation, a very quick first section which has some similarities with the "snake" in Japan.

"I'll never forget driving a Formula 1 car for the first time, going through that section and having my neck almost ripped off from left to right! It's one of the most impressive sectors on the F1 calendar."

Hartley knows that he's under pressure to keep his race seat after the end of the current season. He's not delivered the same calibre of results that has seen his current team mate Pierre Gasly earn a promotion to the senior Red Bull squad in 2019.

However he did achieve his best qualifying result last time when out when he clinched sixth place on the grid in qualifying for the Japanese Grand Prix at Suzuka.

Now he's hoping that he and the team will be able to sustain that momentum into this weekend's race at COTA.

"We go there off the back of a really positive qualifying performance in Japan, which showed we have clearly made some steps forward. 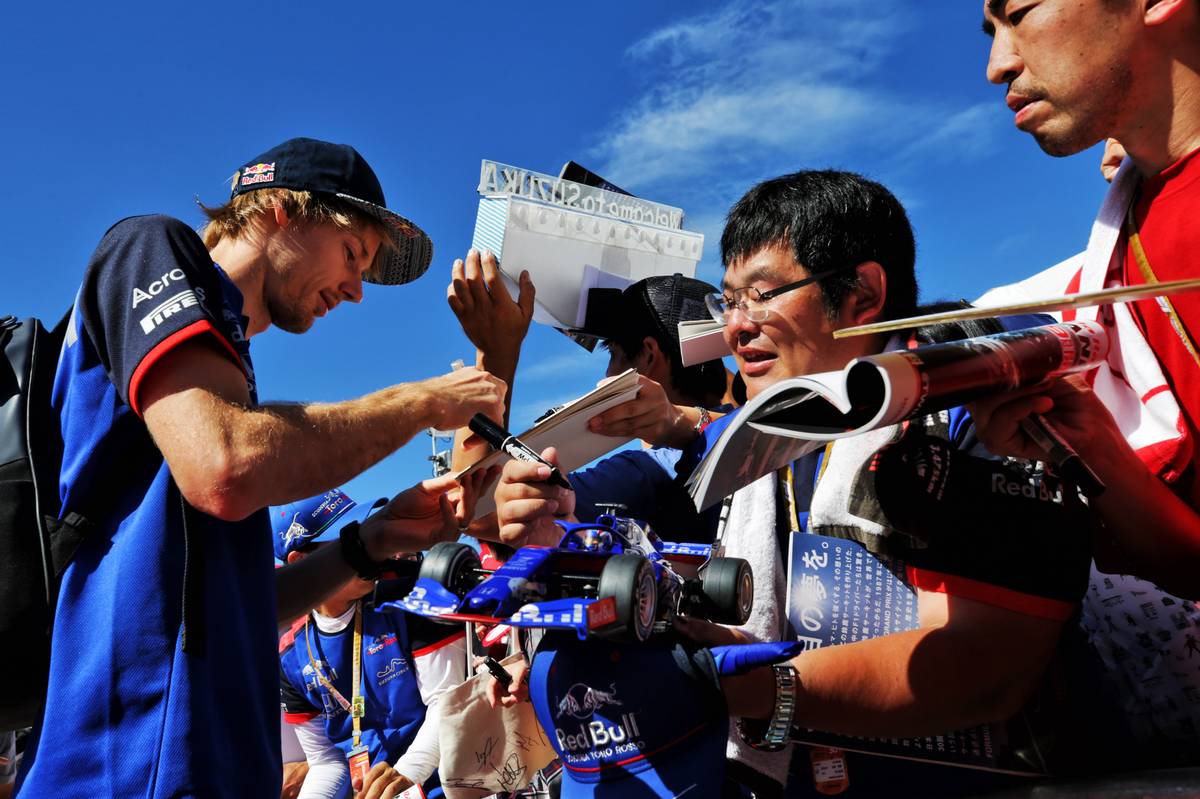 "I think we will be aiming for another good qualifying performance, this time with some points on Sunday."

Whether a strong finish to the season will be enough to see him retained alongside the returning Daniil Kvyat in 2019 remains ot be seen. But Hartley admitted that he was pulling out all the stops - even if it meant losing his 'nice guy' reputation.

“I changed my approach quite a bit, especially after three rounds of the season when there was speculation of losing my job,” Hartley said.

“That actually made me stronger," he insisted. "It was actually a bit of a test for me - how am I going to react to this? Be a bit selfish, think a bit more about myself, not care too much about what the others think.

“For me it has worked, even if the results didn’t show."

Hartley added that no one should underestimate how big a step up it was coming into Formula 1, even from the pinnacle of a series such as the World Endurance Championship.

"Formula 1 is massively complicated," he said. “It’s not just driving the car. There’s a lot that goes on off the track as well.

"Understanding how to get the most out of the people around you - Honda, the engineers, getting the car set up as you want," he elaborated.

"It’s a constant learning process. I know in myself I’ve been improving all year, and I’ve got a few races left in the season to hopefully pull off some good results."

Alonso happy to get back to the USA after Fuji podium