Former F1 world champion Niki Lauda could soon be well enough to leave intensive care at Vienna General Hospital, according to reports in the European media. He has been hospitalised since undergoing an emergency lung transplant at the end of July.

The Mercedes non-executive chairman had fallen ill while on holiday with his family in Ibiza. He was diagnosed with severe lung disease unrelated to the injuries he suffered in a fiery accident in the 1976 German Grand prix at the Nurburgring.

Lauda's condition was so serious that he was put at the top of the transplant list, and underwent successful surgery as soon as possible. However there had been some anxious moments while doctors waited to see if the new organ would be accepted.

"Niki is already making great progress," a friend is quoted as saying by the Osterreich newspaper this week.

"In one sense, Lauda can already leave the hospital," the paper continued. "But because of the long layoff, the musculature is so weakened that he currently finds it difficult to stand unaided."

The report went on to say that Lauda will now work with a team of three physiotherapists to recover is strengths over the coming weeks and months.

"Once the muscles are again in good shape, Lauda may soon leave the hospital in Vienna and move to a rehab clinic," added Osterreich.

"His wife Birgit hopes this could happen in late October or early November."

The latest news comes after similarly encouraging reports on the F1 icon's recovery in recent weeks.

"Thank God, he is a lot better now,” Lauda's brother Florian told Austrian broadcaster ORF in September. "He is on the phone, he’s watching the races on television."

"Of course he will need to do rehabilitation, as he will not get back to how he was too quickly," Florian added. "But he is a tough man, which is what made him famous." 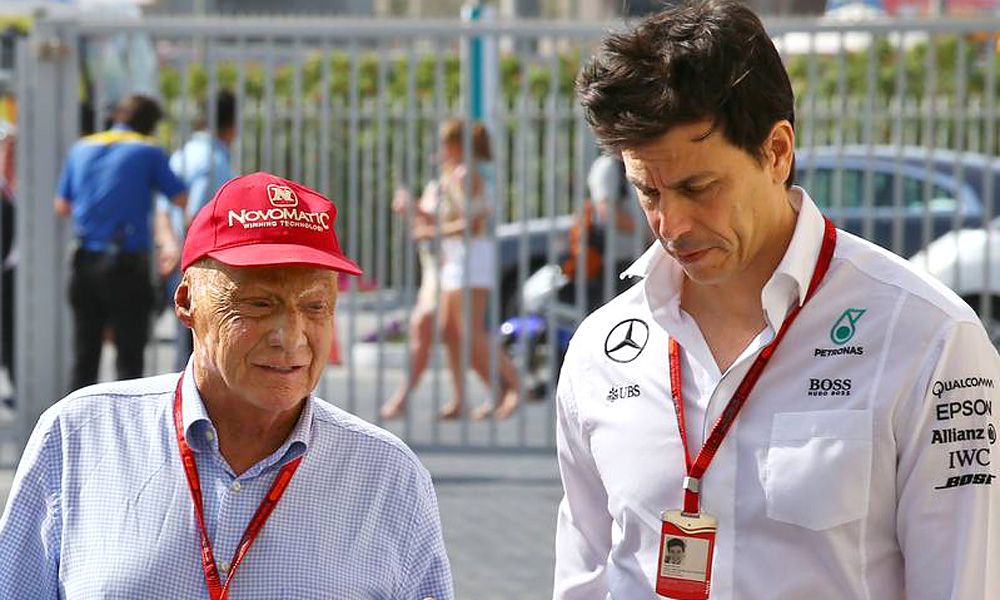 "I was very worried to see him after his gigantic operation," said Mercedes team principal Toto Wolff. "I went in and the first thing he did was smile.

"I thought I should continue where we left off, so I said: 'You've looked better'," he continued. "He mouthed 'asshole' to me and I knew then that Niki is on the right path!"

Lauda has been a permanent fixture on the Mercedes garage in recent seasons and his absence since the summer has been deeply felt by everyone at the Silver Arrows.

While he won't be able to make a return to pit lane this season, the latest news suggests that he might be well enough to put in an appearance at some point in 2019.

Whether he will be able to continue to play an active role in team management moving forward remains to be seen.

Earlier this year, Lauda also made a return to the airline business when he took back control of Niki Airline, the Vienna-based carrier that was left insolvent following the collapse of its parent company Air Berlin Plc.

Ryanair subsequently took a 75 per cent stake in the business, now called LaudaMotion, although before his illness Lauda had been planning to stay on as chairman of the business.