Sebastian Vettel was second fastest in qualifying, but the Ferrari driver will have a three-place grid penalty demoting him to fifth place for the start of tomorrow's race.

That means Kimi Raikkonen will be on the front row alongside Hamilton, with Valtteri Bottas set to start from third place alongside Daniel Ricciardo whose Red Bull team mate Max Verstappen suffered suspension damage in Q1.

In the two hour interval following the end of final practice, conditions had remained dry, cloudy but rather cool ahead of the start of qualifying at the Circuit of the Americas in Austin, Texas with just a ten per cent chance of rain forecast for the session. 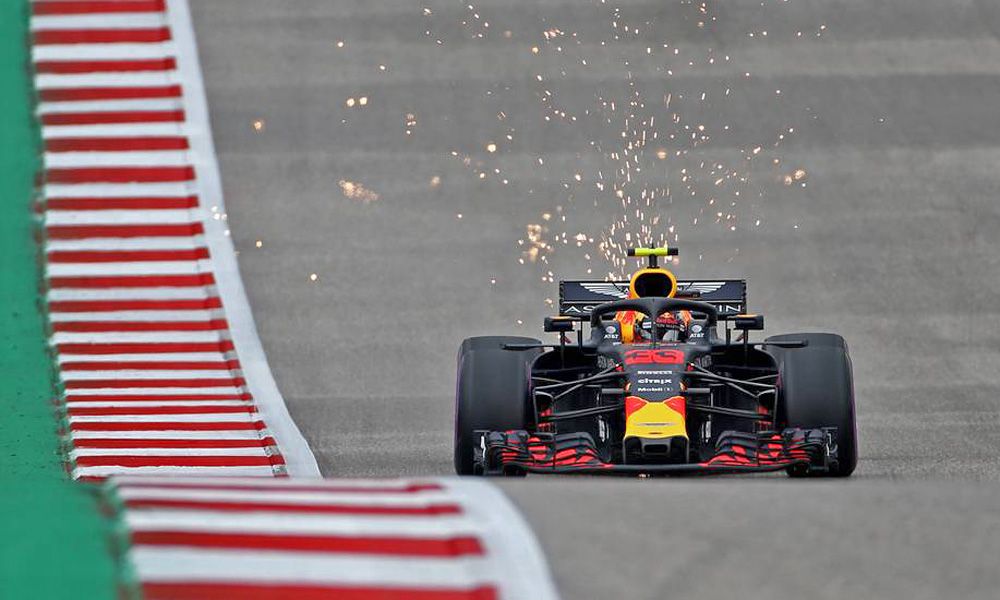 When the first round of qualifying got underway, Brendon Hartley was first out on the track. However, there was little at stake for the Kiwi or his Toro Rosso team mate Pierre Gasly as penalties for more Honda power unit changes had already consigned them to the back of the starting grid. To rub salt in the wound, Gasly became the first driver of the day to have a lap time deleted for exceeding track limits.

Also quick to get to work were the two Ferraris, with Sebastian Vettel and Kimi Raikkonen eager to pick up where they had left off in final practice. First blood went to Vettel, whose 1:34.569s put him 0.369s ahead of his team mate. Sauber's Charles Leclerc - who will replace Raikkonen at Ferrari next season - was a second behind the Finn in third place.

Red Bull's Max Verstappen and Daniel Ricciardo quickly ousted the Monegasque, but then everyone found themselves shunted two places back by the arrival of Mercedes' Lewis Hamilton and Valtteri Bottas who promptly took over the top spots. By the time a flurry of flying laps had been completed, Leclerc was all the way down in 14th place and suddenly under pressure to avoid elimination.

The big three teams were safely through and the top six drivers sat out the rest of the session. However, although he was through to Q2, Verstappen has suffered major right rear suspension damage from running over COTA's formidable sausage kerbs that left mechanics scrambling to see if there was anything they could do to repair the damage in time to continue.

That left the rest of the field to sort things out between them. When the dust settled, Leclerc had marginally improved his position to 13th ahead of Force India's Sergio Perez with Hartley also getting through to Q2 in 15th.

First of those to be eliminated was Fernando Alonso, the McLaren driver falling at the first hurdle for the third race weekend in succession. His teammate Stoffel Vandoorne was slowest of anyone and also consigned to the sidelines for the rest of the session. While it was no shock to see both Williams cars out of the running, Marcus Ericsson's poor performance in the Sauber was a genuine surprise with the Swede ending up in 19th place by the time the chequered flag came out. 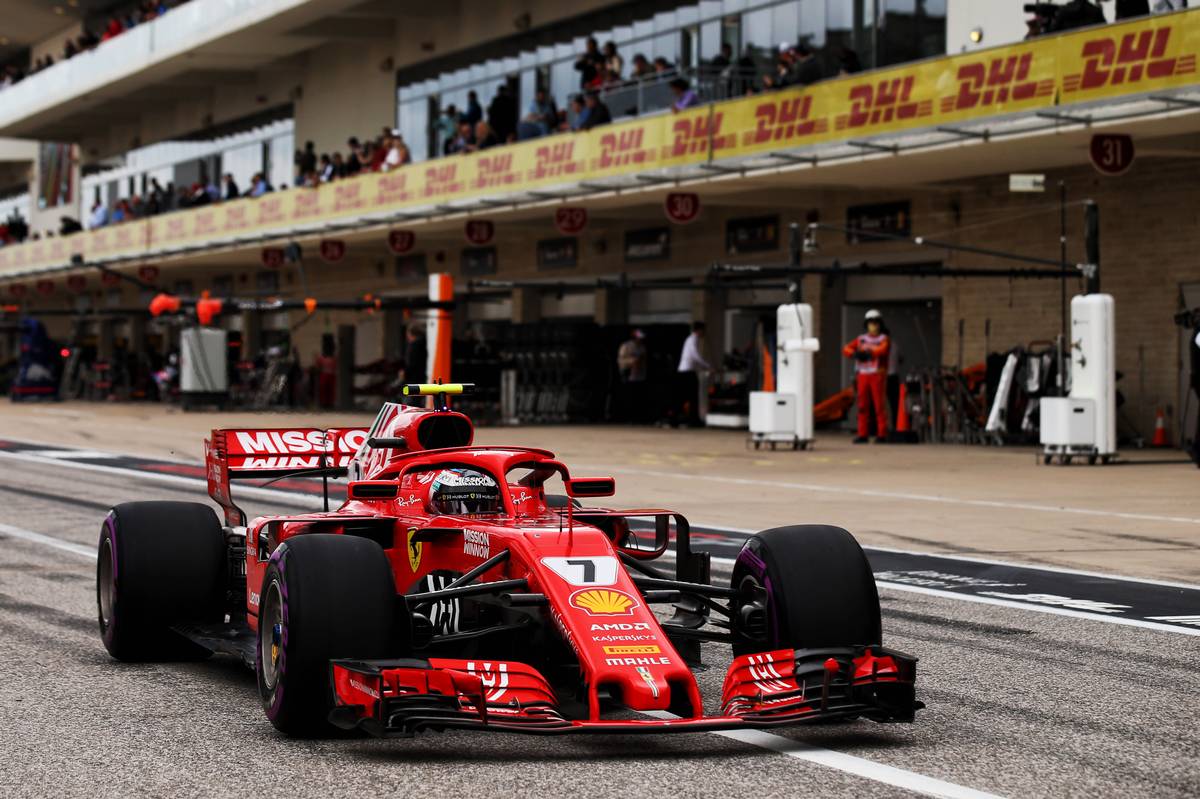 Q2: Raikkonen top on ultras, Vettel and Mercedes gamble on supersofts for the race

Tyre strategy came to the fore in Q2 as the Mercedes drivers set off on the supersoft compound tyre in the hope of still finding enough speed to get them through to the final round. Vettel and Ricciardo both made the same choice, but Ferrari opted to send Raikkonen out on the faster but less durable ultras.

Sure enough, Raikkonen was quickest of anyone in the first run with a time of 1:32.884s, with Vettel a strong second by just under two tenths. Bottas and Hamilton were a long way back by comparison, and Ricciardo was a further step away in terms of time in fifth ahead of Leclerc.

Hamilton improved to third with his next lap. He was now faced with the dilemma of having set that time on five-lap-old supersofts, meaning this would be the set of tyres on which he will start tomorrow's race. He and Bottas did came out for a late second run on ultras and were shadowed by Vettel in a cagey battle of nerves between the trio to see if if they could nudge their rivals into a change of strategy. In the end, all three pulled into pit lane without improving their time, meaning they will be on the grid on the supersofts on Sunday.

With Red Bull unable to repair the damage on Verstappen's car, and the penalty-hit Toro Rossos largely sitting out the session, there were only two elimination spots to be filled. The Renault of Nico Hulkenberg and Carlos Sainz were in danger of taking possession and were fighting it out with Haas' Kevin Magnussen. In the end it was Hulkenberg who came out on top by two thousandths of a second over Sainz, who duly joined the Dane in the relegation zone. 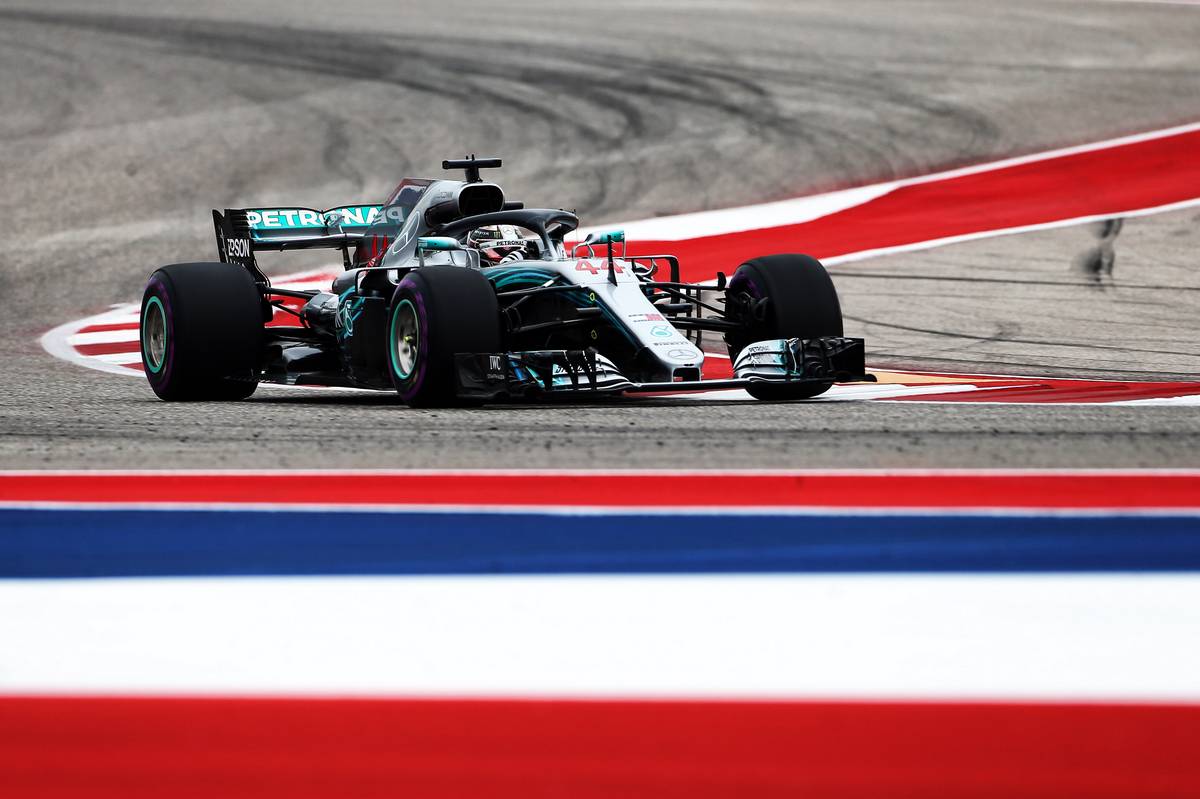 Q3: Hamilton manages to fend off Vettel for pole

With the tyre choice set for the race, drivers could now bolt on ultras in the battle for pole position. Bottas was first on the board with a lap of 1:32.686s but this was beaten by his team mate by 0.119s - a new track record for COTA.

On his first run, Vettel managed to split the two Silver Arrows for second place. Raikkonen could only manage fourth ahead of Ricciardo, with Haas' Romain Grosjean provisionally sixth ahead of Hulkenberg. The two Force Indias of Esteban Ocon and Sergio Perez were next up with Leclerc yet to go set a time.

Everyone came out for a second run, but the leaders found themselves tripping over each other in traffic. Raikkonen added a further complication when he reported drops of rain on the back straight, and the Ferrari pit wall advised him not to worry about that and just go for it.

The Finn duly complied and went top of the times, but it was short-lived with Hamilton finding a further seven hundredths on Raikkonen's final run. Vettel looked on course to snatch pole but came up 0.061s short, leaving Hamilton at the front for the start of tomorrow's race.

Vettel's penalty will see him start from fifth, leaving Raikkonen starting alongside Hamilton and a second row consisting of Bottas and Ricciardo. Ocon's final run saw the Frenchman clinch sixth place ahead of Hulkenberg, with Grosjean bumped down to eighth ahead of Leclerc and Perez. 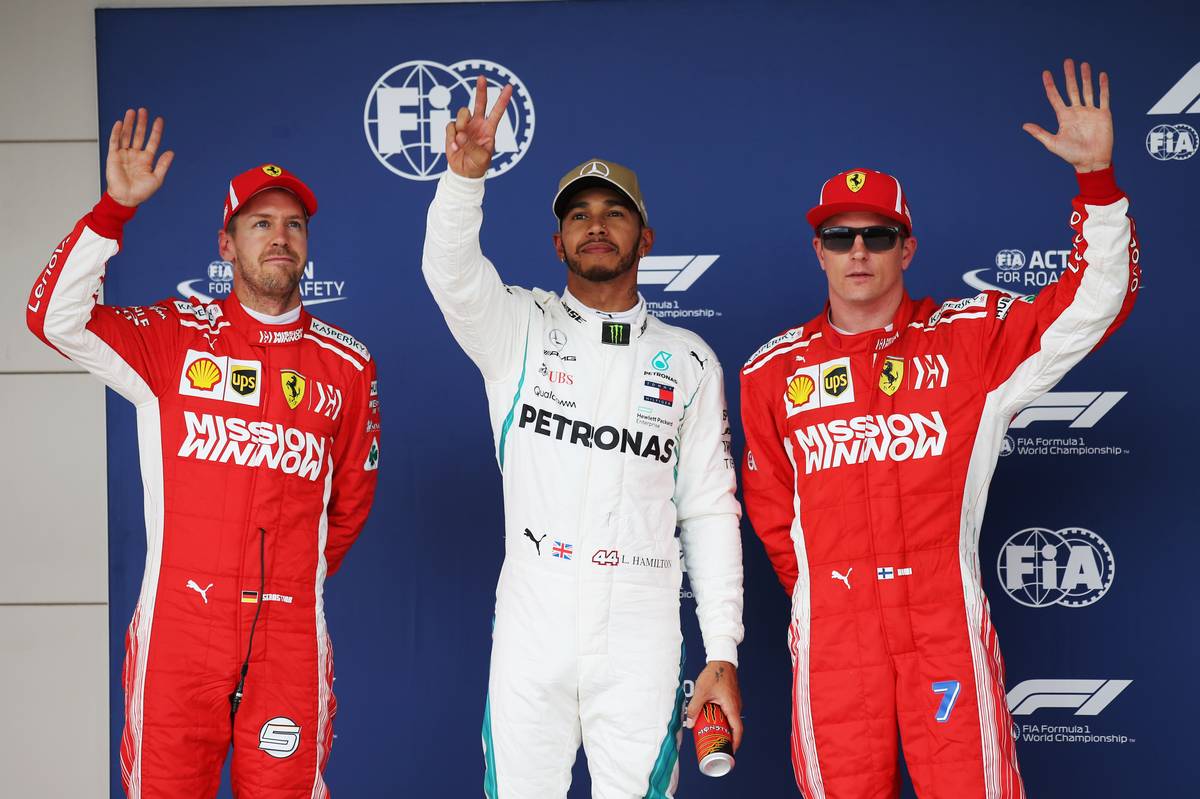 Drivers warned of sanctions if Austin track limits are exceeded

Vettel didn't expect to be so close to Hamilton in qualifying