Sebastian Vettel was second fastest in qualifying for the United States Grand Prix, but a grid penalty means he will start tomorrow's crucial race from fifth place.

Meanwhile the championship leader Lewis Hamilton is starting from pole position. If he goes on to win the race then Vettel knows he must finish in second to keep the title battle mathematically alive.

"Yeah. I'm used to it. I know how to do it now!" said Vettel after qualifying was over.

He was only 0.061s behind Hamilton's new track record pole time of 1:32.237s. He admitted that he was surprised that Ferrari had been right on the pace of the Mercedes again, after seeming to drop away in recent weeks.

"It was pretty close," Vettel said. "Pretty happy. Given the last couple of weeks we had, pretty happy that we're back in range.

"Obviously always a bit of a shame when you miss out on that little time. I think six hundredths you can always debate that you had them somewhere in you.

"I was pretty happy with the laps I had," he continued. "It was quite tricky to get everything together. Obviously it's been dry today and better for us. The wind has been quite tricky at times but it was the same for everyone."

Vettel and his team mate Kimi Raikkonen had been fastest in final practice on Saturday morning and pressed Hamilton all the way in qualifying.

It was a much better showing than 24 hours previously, when Ferrari didn't seem to have anything to challenge their rivals with in wet conditions.

"It seems that we are [on the pace again, but] obviously not in the wet," Vettel acknowledged. "In the dry it seems we're better off and I think today has been surprisingly close.

"I don't think we expected it to be that close, so that's good."

Because of Vettel's penalty for speeding under red flag conditions in FP1, Raikkonen will be promoted to second place on the grid for tomorrow's race. It means he starts alongside Hamilton on the front row. 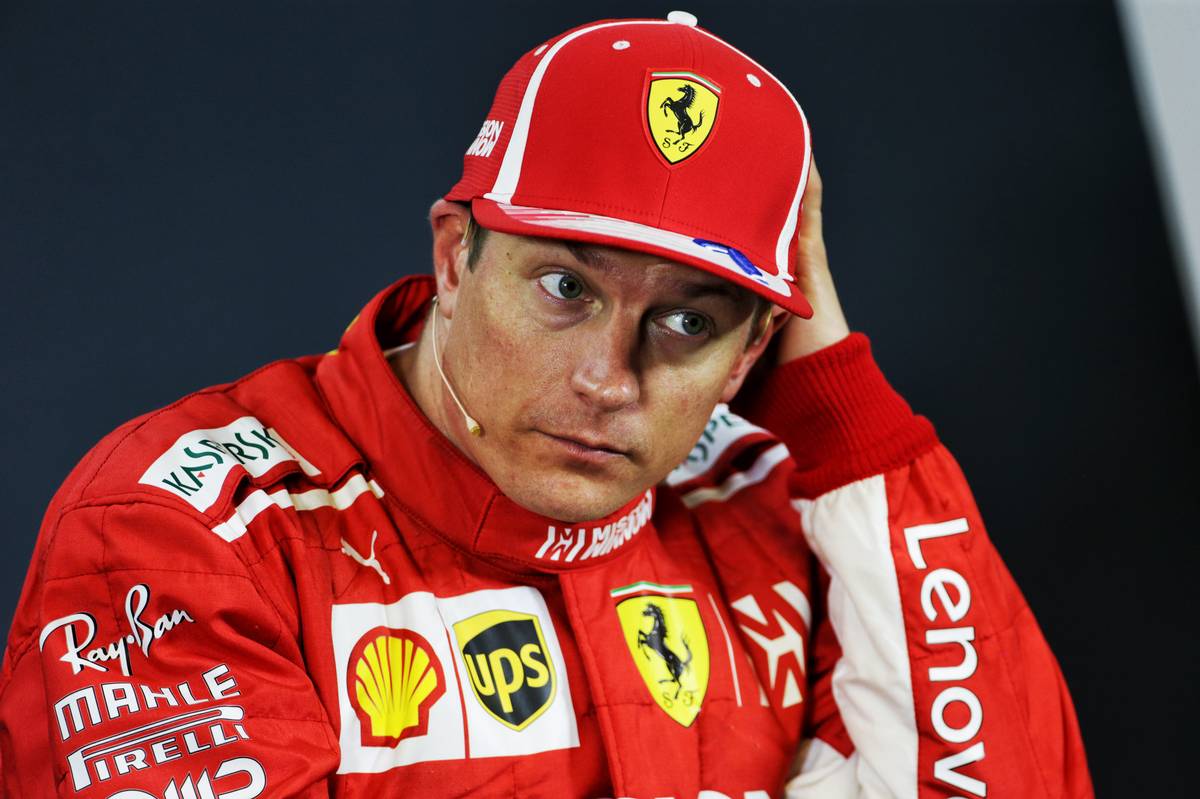 Crucially, the Finn will be on the faster ultrasoft tyres for the start while Hamilton lines up on the slower supersofts which have already done five laps in qualifying.

It gives Raikkonen a significant chance to beat Hamilton in the uphill run to turn 1. The question is whether he would use the lead to help his team mate's waning title chances, or simply make a break for victory.

"Not much to lose," he said when asked whether he would be going for it when the lights went out. "We'll try and make a good start and go from there and see what we can do. I think it should be okay.

"It's been a pretty positive day," he added. "We got pretty close. It's far from ideal but I felt good with the car."

"We'll try tomorrow. It's a long race and nobody knows how the tyre will survive because of yesterday's rain so it will be interesting."

Hamilton hangs on to pip Vettel to pole position in Austin