Lewis Hamilton said that he expected to finish better than third place in today's United States Grand Prix, and admitted that he had been forced to play it safe at the end.

The Mercedes driver had been unable to fend off Ferrari's Kimi Raikkonen into the first corner at the start of the race. He then gambled on an early pit stop under a Virtual Safety Car which ended up forcing him to make a second stop later on, which effectively cost him a further place.

“I naturally thought we would have been able to do better," Hamilton sighed after the finish of the race at the Circuit of the Americas on Sunday. "But this was the best we were able to do in the end.

"I’m still really happy," he insisted. "It was epic, it was actually really exciting ... Wish there had been a few more laps in the end!

"Not where I wanted to finish, but I really enjoyed the race and getting to be in a battle with these cars with these guys was awesome," he said. "It's actually what I dream of, and I think people watching TV want to see more often."

Hamilton had to admit that his Ferrari rivals had been a lot quicker this weekend than they had been in recent outings.

"Ferrari have upped their game here and we go on now to the next race," he acknowledged. "They were quicker today and ultimately just did a better job.

"Big congratulations to Kimi, he did an awesome job today and I'm really happy for him," he said, adding that such a strong performance from the oldest driver on the grid gave him some hopes of many years to come in F1 as well.

"It gave me a lot of confidence that I can still go for some time," he laughed. "I won't go to his age though!"

Hamilton admitted that the opportunistic early pit stop had turned out to be a mistake on part of the Silver Arrows.

“I’m not sure how the strategy came out like that," he said. “A little bit of a surprise, but you can’t always make it right

"Once we had done the stop on [lap] 11, I knew we would be doing two. We made it so hard for ourselves."

Hamilton tried to hunt down Verstappen and Raikkonen over the final 17 laps but wasn't able to execute a clean pass on either, partly because he was having to put thoughts of the title first.

"In my mind I was thinking, I've got these two guys ahead of me who just want to win a race. [The championship] doesn't make a difference to them. It's 100 per cent risk for them, but for me I wasn't taking any risks really. 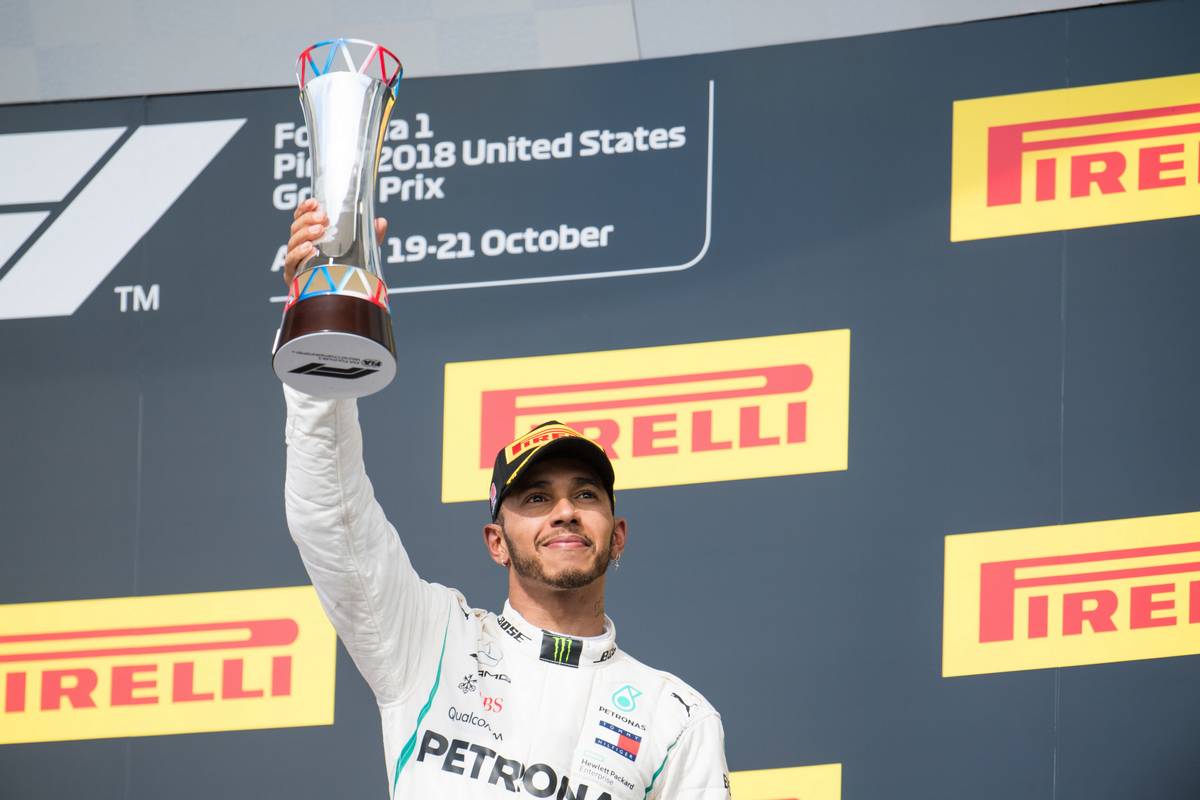 "With Max you give a lot of space! I don't know where he is, he might have been complete a long way away from me - I couldn't see him - but better that than us colliding," he explained. "As I got to the side I just gave them a lot of room and hit the marbles and it pulled me out.

"The way these cars are designed, although they're great on their own we should be able to follow closer than we are and be in a train and be dicing with each other but you don't see that in this series," he told Sky Sports F1.

"They've got to do a better job with the design for 2021 that you don't need a 1s advantage to follow or get close to another car.

"If they can design something in the windtunnel, which I'm sure they can, so that you only lose three tenths behind a car then you'll see some great racing."

Despite failing to clinch the title this weekend, Hamilton has still extended his lead in the championship to 70 points.

Vettel must now win all three remaining races in the season - and even if he does, just seventh place or better in Mexico will be enough for Hamilton to secure his fifth title.

Horner: Angry Ricciardo 'put his fist through the wall'