Nico Hulkenberg and Carlos Sainz's efforts in Sunday's US Grand Prix delivered a double top-ten finish worth 14 championship points to Renault, its best race result so far in 2018.

The P6 and P7 performance, coupled with rival Haas' double retirement in Austin, consolidated the French team's fourth-place 'best of the rest' position in the Constructors' standings with just three races to go.

Both Hulkenberg and Sainz enjoyed a strong start to their race, although the Spaniard was hit with a five-second penalty for exceeding track limits on the opening lap and gaining a track advantage - according to the Austin stewards.

"Today saw the best team result since I’ve been with Renault so I’m happy for that, it was a very good job from everyone involved with the team," said Hulkenberg.

"We demonstrated that the race pace of our car is very decent and we’re still very competitive. It also illustrated how important it is to have a strong qualifying position and a clean first lap.

"Everything is still possible for us and we took a great bunch of points. It was a very satisfying feeling today, but we have three races left so we need to keep the good work coming."

Sainz was at a loss to understand exactly why he was handed a five-second penalty, admitting to running wide at the first corner but believing he had rejoined the track safely, even yielding a position to Force India's Esteban Ocon.

"Sometimes you suffer this inconsistency that there is now days in Formula 1, today it was my turn to suffer it," said Sainz.

"Probably without that five-second penalty I would not have had to go through the whole traffic, to go through my fuel, my tyres, and I could have fought for P6, but that's life." 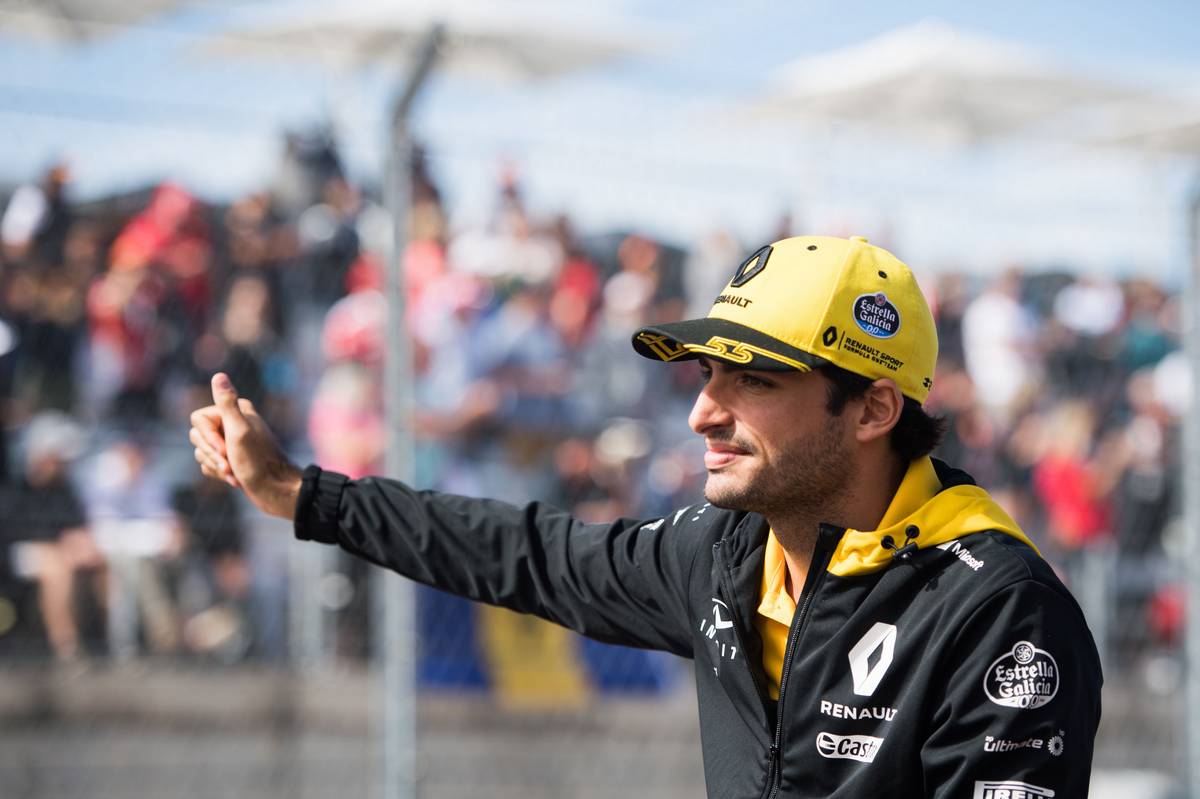 Overall however, the future McLaren driver was pleased with his performance at the Circuit of the Americas.

"I'm feeling to be honest pretty pleased with how things went," he said.

"Starting 11th and finishing 7th, in a one-stop race, is something to be pleased. Picking up three places at the start and then another place on Ocon on the outside of Turn 6 was probably one of my best moves."

Renault's good result in Austin comes after a difficult series of races in which the team suffered a performance drop.

"To be honest, it's been a tough run of results for the team," acknowledged Sainz.

"Even though we were getting points we knew we didn't have so much pace, but today we had the pace and we had the points, so we need to be very pleased with that."

Austin penalty puts Grosjean on the brink of race ban

Alonso lashes out at midfield rivals, then reins in criticism