Williams deputy team principal Claire Williams says that the team made the decision to sign George Russell for reasons of talent alone.

She denied that the selection had been influenced by Mercedes, which has backed the young Briton's progress through junior championships. It also provides power units to Williams.

The team says that it was Russell's success in the current Formula 2 campaign that convinced them that he was the right choice to drive for them in 2019.

“George has obviously come up through the Mercedes young driver programme but that was not a factor in our decision-making,” Claire Williams insisted. “We purely saw a young talent coming up through the junior championships, as I think we all have.

“The pressure is going to be on George,” she admitted. ”But he is mature, and he will be able to handle that pressure.

“He is an individual who knows what he wants, and he works hard to go after it. That is what I love about him, his sheer determination," she continued. “As an overall package, George has got it, and he is going to be a really bright talent of the future in Formula 1.

“Just the fact that he is called George, too. When I say his name, it sounds like I have got my headmistress voice on! If he gets into trouble, it is not going to be much fun listening to me.

“There are a lot of considerations when it comes to choosing the driver for the second seat. But predominantly the main one has to be talent," she stated. "So no, the Mercedes relationship wasn’t a factor."

But Williams admitted that money was increasingly tight for the smaller teams and therefore budgets had to be a factor in deciding the driver line-up.

“Independent teams in this sport haven’t had an easy ride over the past few years," she acknowledged. "The sponsorship landscape is pretty tough out there..

"Coming tenth in the championship this year puts the squeeze on things a little bit. But we’re managing our finances pretty well," she stated. 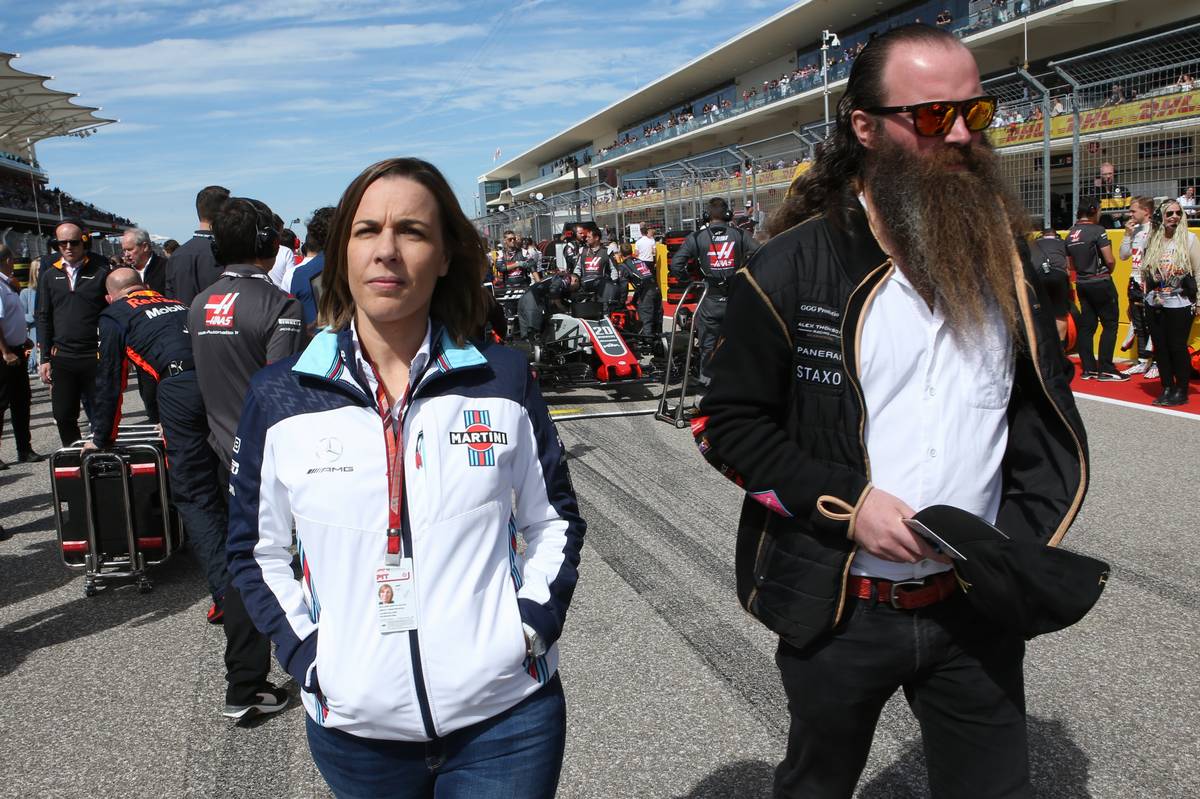 12 months ago the team was criticised for putting Lance Stroll and Sergey Sirotkin - two well-funded but relatively unexperienced drivers - in the car for 2018 over other prospects such as Robert Kubica who subsequently accepted the role of test and development driver instead.

Stroll will leave Grove for a new role at Force India next season. Sirotkin may stay on with the team despite scoring only one championship point so far this year, but there's also been talk of Williams signing the more experienced Esteban Ocon instead.

“We haven’t made that decision yet, we’re taking our time with it. We’re not in any mad rush,” Williams said this week. 'We have a few drivers on the list - clearly I wouldn’t confirm who they are.

"But we are excited about that decision too, we have some exciting prospects that we are evaluating now," she added. “We’ve got a number of considerations to factor into that decision.

"We’ll make an announcement in due course," she said. "I’m hoping by the end of the season."

Grosjean, Hamilton and Alonso call for more US races

Arrivabene says F1 is under threat - from PlayStations!