Kevin Magnussen has lashed out at the 'really bad' rear view mirrors on modern Formula 1 cars, suggesting that they leave drivers essentially blind at crucial moments.

Since joining Haas in 2017, Magnussen has been repeatedly criticised by rivals for blocking them on track. He countered this on several occasions by suggesting that he had been unsighted and couldn't see them approaching.

The most recent example came in Suzuka at the start of the Japanese Grand Prix when Sauber's Charles Leclerc ended up running in the back of the Haas on the starting straight.

The stewards cleared him of blame for the collision at the time but race director Charlie Whiting later changed his mind, saying that Magnussen had indeed moved too late and that he should have been penalised after all.

"I have to say I think he was right to change his opinion, because it was too late that I moved over," Magnussen admitted last week.

"But the problem is that you can't see the guy behind you until he moves," the Dane continued. "Then you can see him. That's a problem that we need to fix all together."

The FIA is already planning on introducing changes to the technical regulations for 2019 that will be more prescriptive about the position of rear-view mirrors, requiring them to be lower and more outboard than at present.

The new rules will also mandate an adjustment to the permitted height of the new, wider rear wings that were introduced in 2017 and which currently obstruct the driver's view of the track behind them. 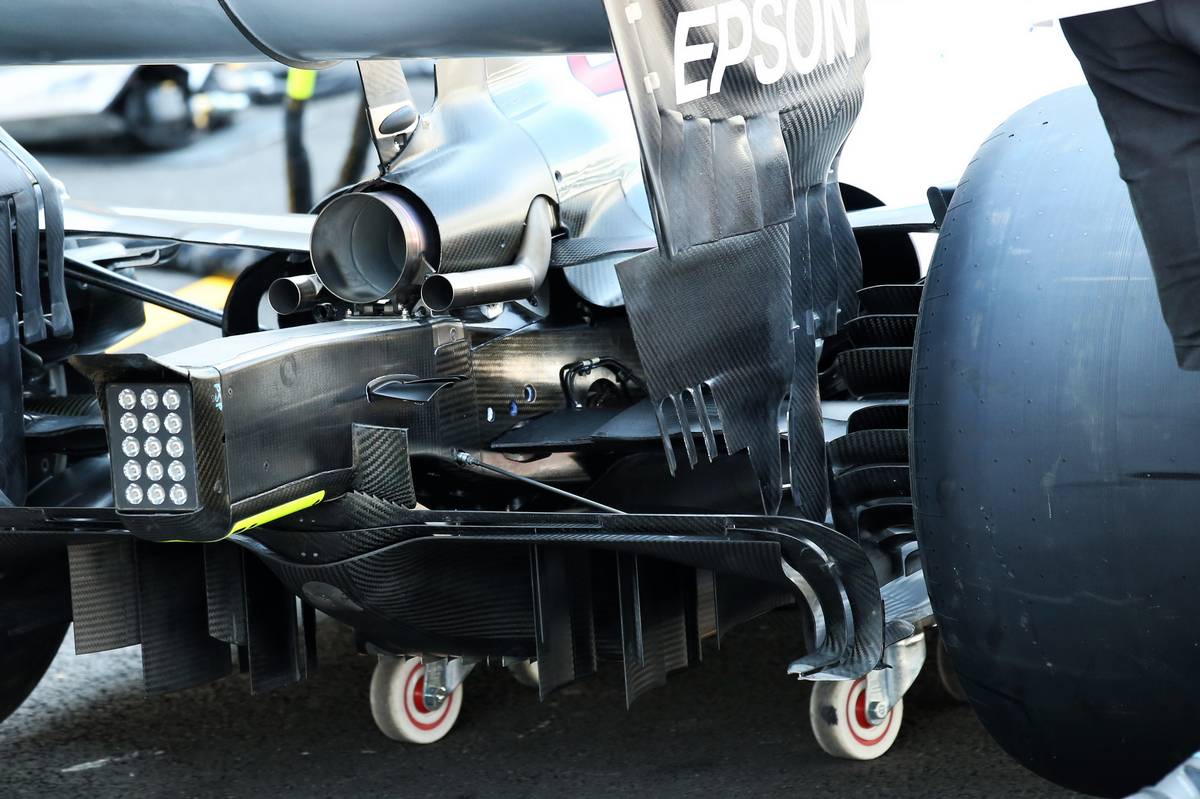 "The rear wing will be higher so it should be better," Magnussen agreed.

"[At the moment] you've got the rear wing so when the guy's right behind you, you don't see," he explained. "As soon as he moves out that's when he becomes visible. So you can't do anything but react when you see.

"These cars are really bad. You can only see him when he's at an angle, so either in a corner or off-set," he stressed. "Right behind you, you're blind."

Drivers have suggested that the problem requires a more technological approach, with rear-view cameras instead of mirrors.

2019 Sauber driver Antonio Giovinazzi has experience with exactly that sort of solution from his time racing in the LMP2 class of the FIA World Endurance Championship in 2016.

“I think it’s a good thing,” Giovinazzi said. “Now it’s really difficult to see with the mirrors with the aerodynamics at the back of the car, so maybe a screen will help.

"It will depend where you put the screen and everything, but I think it can be a good option," he continued.

“It was really good. In an endurance race you need the mirrors more because an LMP1 car is coming or a GT car is behind you, so you need to see more. I think this was really good for drivers to have a camera to see what’s behind.”

Magnussen's boss, Haas team principal Guenther Steiner, also thought that the rear-facing camera idea was something worth looking into.

“The technology is out there,” he said. “It’s already available, the technology. We could do that, and I think it’s in discussion with the FIA at the moment. Charlie Whiting is looking into it.

"If that is a better way to look to the side and backwards, when the Saubers are coming, we can see them and we don’t run into them!"