Williams driver Sergey Sirotkin says that he's 'not too angry' with Lewis Hamilton despite their scary near-miss in the second round of qualifying for the Brazilian Grand Prix.

The pair came close to a huge accident while scrambling to get laps in before rain made track conditions too difficult to run on slick tyres.

Sirotkin was just completing his out lap when he came up behind Hamilton, who had slowed up to gain track position for his own flying lap attempt. The Mercedes driver tried to move out of the way, but Sirotkin made the same correction and the pair nearly collided.

The Williams driver needed to take to the grass at high speed to avoid the other car, which ruined his flying lap run and meant he was eliminated from the session at the end of Q2. Hamilton went on to clinch pole.

“To be honest, nothing I’m too angry with him for," was Sirotkin's verdict on the incident.

"We went into Q2 thinking the rain would come, and when I exited the pits, due to the changeable conditions the scrubbed tyres were cold meaning I had to push hard to generate temperature," he explained. "We could not put the tyres in the blankets between the runs so we were massively down on temps.

"Basically that outlap was as quick as my any other lap. I was properly flat out. I was coming through the very quick left-hander there, and he was stopping to prepare his lap.

"I went on the left, not even hoping that he would let me go because he was so slow and I was coming so quickly. And then in the last minute he saw me and tried to avoid me.

“He gave me the racing line but I was already on the left so I had to pass through the grass and basically my lap was ruined after that.

“But he’s a champion," Sirotkin shrugged. "He knows what he’s doing, and it didn’t change my position at the end of the day. 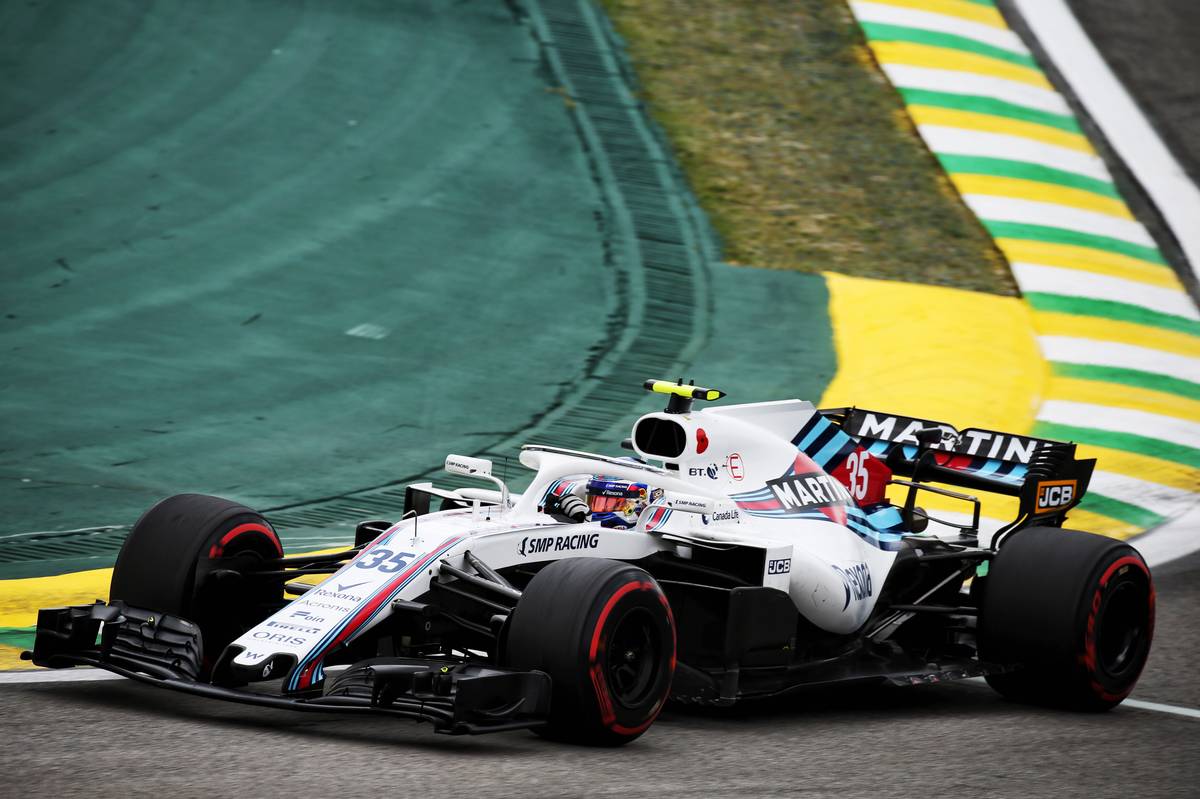 There were fears that Hamilton's pole might be at risk if the the Briton was referred to the race stewards for blocking Sirotkin. Instead, it was Sirotkin who was handed a trip to the stewards' office to discuss a separate incident where he was deemed to be “driving unnecessarily slowly” on an in-lap.

Despite this, Sirotkin was pleased to have made it through to Q2 at all, for the first time since Monza.

"It’s a good day in general," he said. "A good session with tricky conditions, which is always good for us. When it’s cloudy and damp, we always perform better.

"Overall, it was a good session and we are happy with the performance," he added. "The car felt very good, I had one run less than everyone else in Q1 and managed to get through which is positive for us."

Having finished qualifying in 15th, Sirotkin will actually start from 14th place on the grid thanks to Esteban Ocon's gearbox penalty. His team mate Lance Stroll will line up on the back row for Sunday's race.

"It was just a bad qualifying," said the Canadian. "It was a bit of everything - rain mistakes and not a good lap. It was frustrating as there was definitely a lot more in it.

"I shall have to reflect on qualifying, learn from the mistakes, bounce back [in the race]," he sighed. "Hopefully I will get a good start and go from there, as it is a lot of fun to drive round here."