American driver Santino Ferrucci is heading back stateside in 2019 after signing up with Dale Coyne Racing to complete a full 22-race season in the Verizon IndyCar Series.

Ferrucci has been part of the Haas F1 Team junior driver development programme and the squad's development driver in 2018.

However he found himself mired in controversy when he was handed a four-race ban in Formula 2 for a number of violations at Silverstone in July, including intentionally running into his team mate. Trident subsequently fired him from their line-up.

With Pietro Fittipaldi taking on the role as Haas' development driver in 2019, it seems that Ferrucci has decided to look elsewhere for his immediate racing future. Ironically it was Fittipaldi's crash at the 6 Hours of Spa-Francrochamps that gave Ferrucci his initial opening in the US open wheel championship.

The 20-year-old was sitting in for the injured Fittipaldi when he made his IndyCar début in June for the Detroit doubleheader. He subsequently returned for the final two races of the season in Portland and Sonoma in September.

Ferrucci has now confirmed he will be back with the Coyne team for the whole of 2019, where he will be partnered with former Toro Rosso driver and multi-Champ Car champion Sebastien Bourdais.

"I’m extremely grateful to Dale and everyone at Dale Coyne Racing for believing in me and for giving me this opportunity to race a full season in the IndyCar Series,” Ferrucci said.

"I enjoyed the time I spent with the team this past year in the IndyCar Series and I’m looking forward to doing a full season with them."

“While I’ll still be considered a rookie, I feel like I’ve already gained valuable experience in IndyCar that will serve me well next season.

"However, I’m well aware that I still have a lot to learn and I’m looking forward to it.”

Signing up for a whole season means that Ferrucci will be racing on ovals for the first time in his career, starting with the Indianapolis 500 in May. He's already had a rookie oval orientation test at Texas Motor Speedway in preparation. 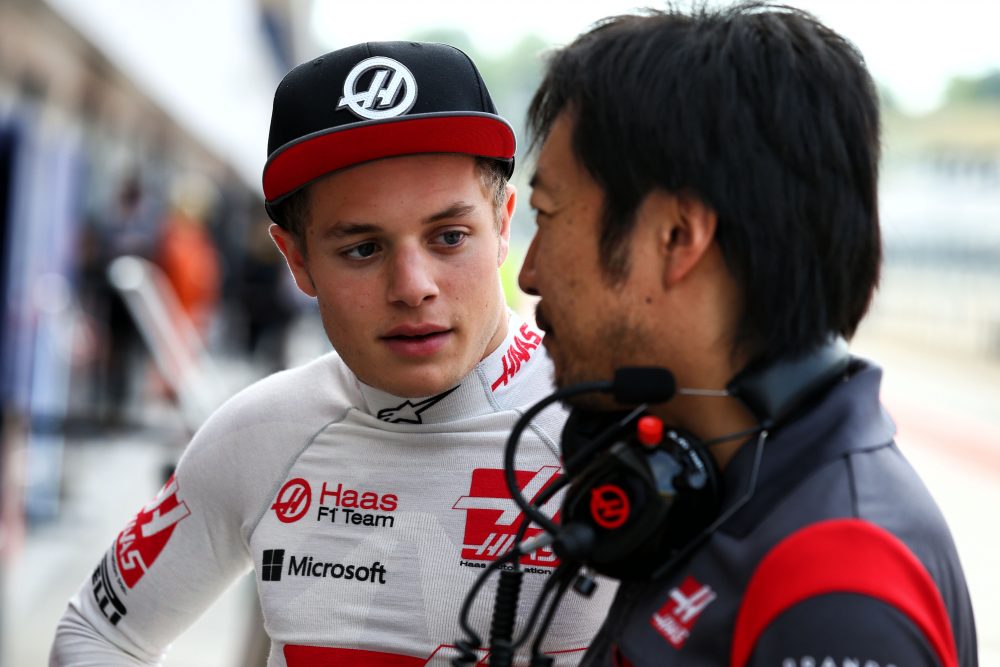 “Testing in Texas as a rookie was very fun," he commented. "Sebastien gave me a lot of insight of things to look for and to train for.

"There’s a lot to learn about racing on an oval and I very much look forward to my first oval event being the Indy 500.”

“We were very happy with Santino’s performances this season in the races he did with us,” said team owner Dale Coyne. “He showed a lot of maturity and the desire to learn and to keep improving.

"We’re very excited to have him back full time in 2019 and seeing how he continues to grow and perform throughout the season.”

Among the other drivers lining up alongside Ferrucci on the grid for the first race of the 2019 IndyCar season will be former Sauber F1 driver Marcus Ericsson, who recently had his seat fitting with Schmidt Peterson Motorsports.

Grosjean 'proud' of progress made by Haas in 2018