Romain Grosjean has praised his team for the progress it has made over the course of 2019, and the positive atmosphere that Haas has maintained during the season.

The French driver struggled in the first half of the season and failed to score any points in the first eight races. He finally got back into the points in Austria and since then has enjoyed a much better run of form.

That improvement was crucial to helping Grosjean clinch an extension to his current contract, meaning he will return to the American squad in 2019. With that assurance of a secure future, he's feeling very upbeat and positive about what they will be able to do in the next 12 months.

"There’s been a lot of improvement within the team, a lot of progress made," he said this week. "It’s not finished either. There’ll be more in the future. Whatever the outcome in Abu Dhabi, we can be proud of our season.”

Both Grosjean and his team mate Kevin Magnussen finished in the points last time out in Brazil, which helped them gain ground in the constructors championship to the Renault works team.

While overcoming a 24 point deficit to their rivals for fourth place seems far too much to achieve in the one race remaining, Grosjean still wants to see Haas at the top of their game on Sunday.

"That’s what we want for the last two races – double-point finishes," he insisted. "It’s great for the team. I think we had a really good weekend in Brazil."

It's certainly better than what happened in the preceding races where neither of the Haas drivers were in the top ten.

"For the future, we need to understand what happened in Mexico and Austin as it just didn’t go to plan," Grosjean conceded.

He had no doubt about what the biggest challenges had been for the team in 2018: "The same as always - getting the tyres to work, getting the best of the car.

"Also, creating a nice car, developing it over the season and focusing on 2019, as well. There’s been quite a few.” 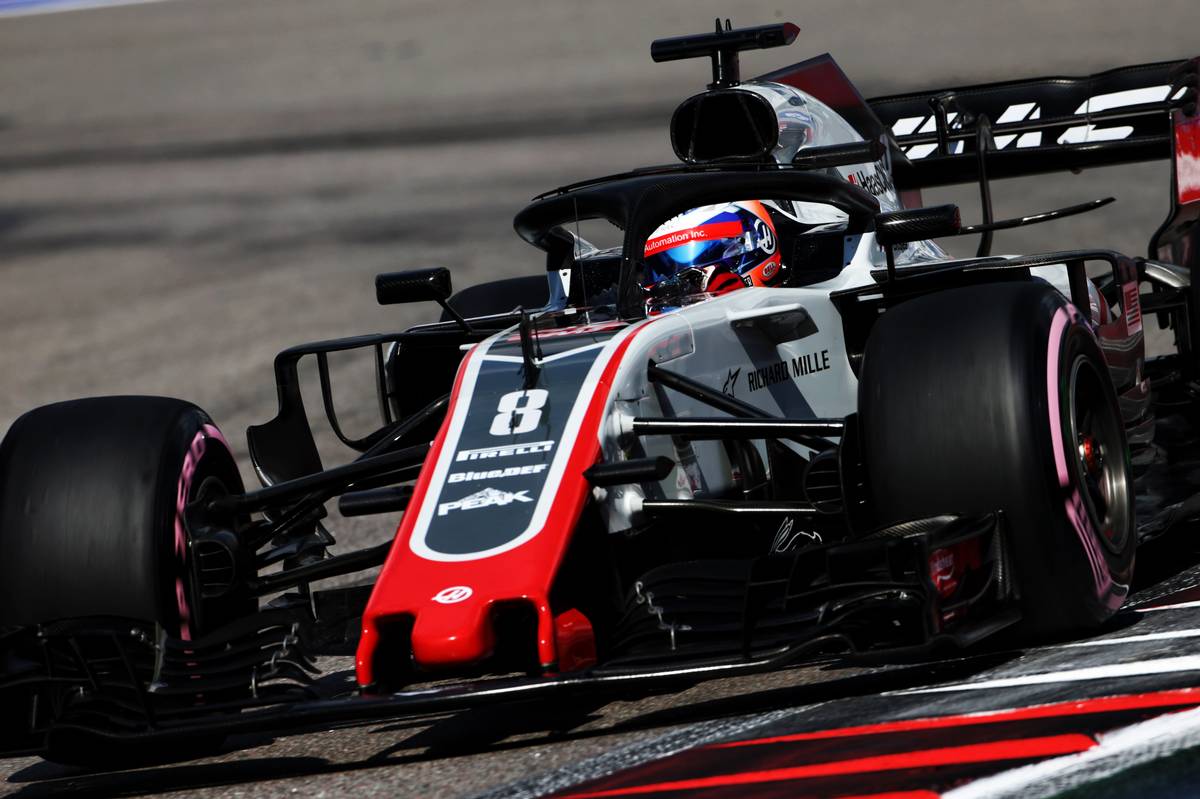 But it was the can-do spirit within the team that had been its greatest asset in Grosjean's opinion.

“I’d say the atmosphere. It’s a real racing team. We’re focused on getting the best of the car and driving fast. There’s a great atmosphere, and everyone on the team really does their best to get us to where we want to go.”

Grosjean said that the "second part of the season has just flown by" but that doesn't mean he wasn't ready for a nice long break once the final race is done and dusted in Abu Dhabi.

“You’ve got a month-and-a-half with very little on, except your own physical preparation. You’re not doing things like sponsor events or going to the simulator. It’s not too bad. No complaints there.

"Probably take my wife out to a nice restaurant," he added when asked what his plans for the winter break consisted of. "I’ll take a week or two off, not doing much, but the rest of the time will be dedicated to physical preparation.”

Points a priority for Force India in Abu Dhabi