Sebastian Vettel insisted that he never gave up the chase in the closing laps of the 2018 Abu Dhabi Grand Prix.

Vettel picked up second place on the podium after Valtteri Bottas locked up and ran wide on lap 35.

But despite having fresher tyres and 20 more laps to go to the finish, Vettel was unable to make much impression on Lewis Hamilton's lead at the front.

The Ferrari driver insisted that he had still done everything possible to chase down the Mercedes over the closing laps, but that Hamilton simply had everything under control.

“I tried everything to the last lap," he said. "I really enjoyed catching little by little, but he controlled the pace at the front.

"I would have liked it to be a bit more wheel-to-wheel," he admitted. "[But] he's the champion and he deserves to be the champion.

Asked to describe his 2018 season as a whole, Vettel told Sky Sports F1 that it had been "mixed".

"A long year, a lot of races," he said. "The first couple of races we were a bit lucky, then I think it was quite strong, until toward the end when we were lacking a bit of everything.

"One thing leads to another," he explained. "If we had the speed then I think we start from a different place and you stay out of trouble by nature. As a matter of fact we didn't have that speed - not enough."

"We lost [the title] three races ago. The gap is quite big. I think, yes, we could have been closer but to be realistic I don't see any of the last races where we were able to put the car on pole, lead from the front and do the race our style.

"The races that we had, they were always starting just behind or further back, coming back, working our way up through the field, passing some cars, and using the speed in the race which has been better but ultimately not quick enough.

"The way I look at it, well done to Lewis and Mercedes - they were just better than us this year.

"I will try - we will try, the whole team - to come back stronger and give him a harder run into next year.” 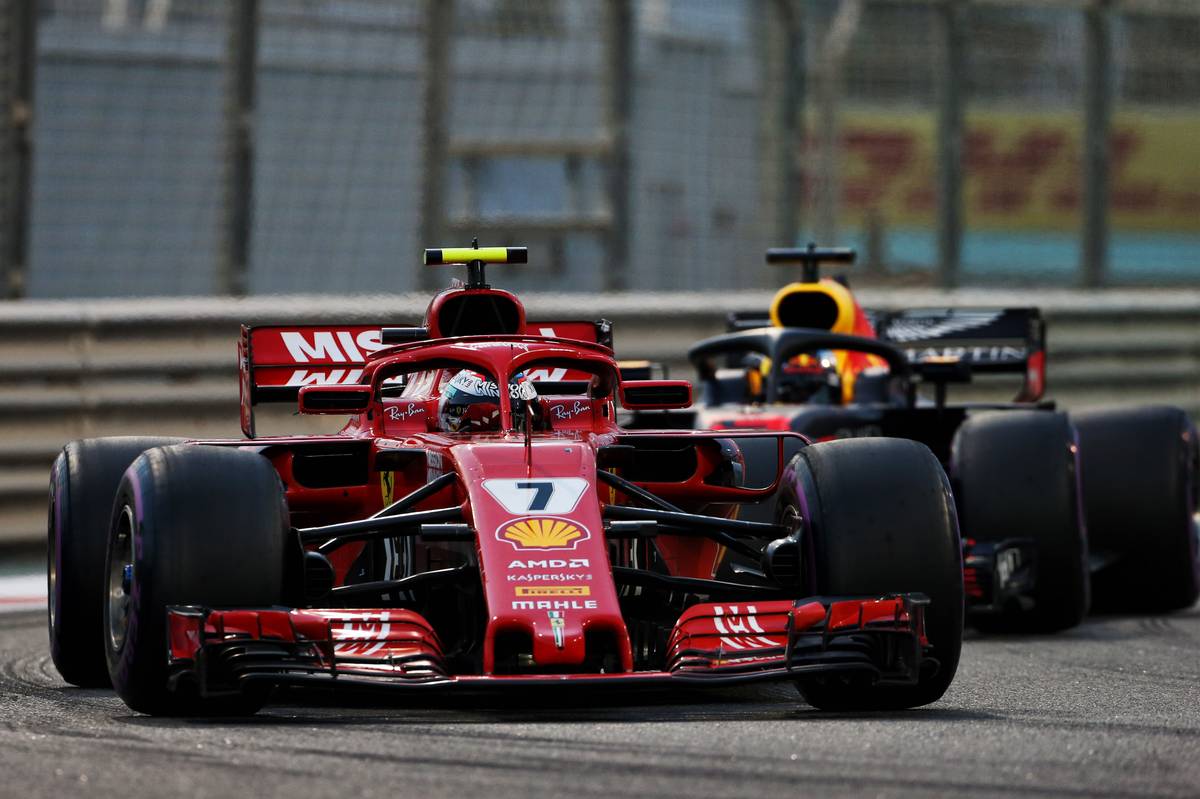 “What’s happening? I don’t have power!" he reported over the team radio as he was forced to pull the SF71H over on the main straight.

"Obviously I’m a bit disappointed. It’s not the way we wanted this last race together to finish. We wanted to do well and I think we would have had a pretty good car for the job.

"Unfortunately we had an electrical issue," he explained. "In the back straight, I felt I was lacking power and then everything shut down. It’s a pity but that’s how racing goes sometimes.

Despite his early exit, he held on to third place in the drivers championship by two points over Red Bull's Max verstappen.

"It’s been a pretty decent season, but the four retirements were not in our plans and obviously did not help; we wanted more for sure.

"I want to thank all the Ferrari fans who always gave me a lot of support. We went through good and bad times together, and this makes it all the more interesting. Of course we wanted a better finish, but that’s part of the sport.

"We will always have the memories of winning the 2007 drivers’ championship and two constructors championships together."

The Finn returns to Sauber next year in a two-year deal, while Charles Leclerc moves the other direction from the Swiss squad to pair up with Vettel in 2019.

Ricciardo swansong with Red Bull 'a bit helpless at the end'