New Toro Rosso signing Alexander Albon says that being confirmed as a Formula 1 driver for 2019 is the fulfilment of a childhood dream.

"I was beyond excited as I have waited for this moment since I was six years old," he told Red Bull this week.

After competing in this year's FIA Formula 2 championship, the British-Thai racer was officially confirmed on next year's F1 grid at the start of the week following the Abu Dhabi season finale.

"I received the call on Monday afternoon," he said. "I was told that I was now confirmed as a Toro Rosso driver and that the team was ready to make an announcement.

"I was in the shopping mall buying a pair of trainers so I rushed back to the hotel straight away," he added. "I still couldn't believe that it finally happened.

"My mum was the first person I called, she was most probably more excited than I was!"

For some months, Albon had been the leading contender to succeed Brendon Hartley in the team's line-up for next season, alongside returnee Daniil Kvyat.

However he had also been signed up to race in next year's ABB FIA Formula E championship, a clash that needed to be resolved before his place at Toro Rosso could be made official.

"I can't say that it came out of the blue," he admitted. "I have been trying to resolve my situation with Nissan e.dams to allow me to join Toro Rosso for the past few months."

Although he was born in London, Albon races under the Thai flag and was quick to say how much it meant to him to be the country's first Formula 1 driver since the early 1950s. 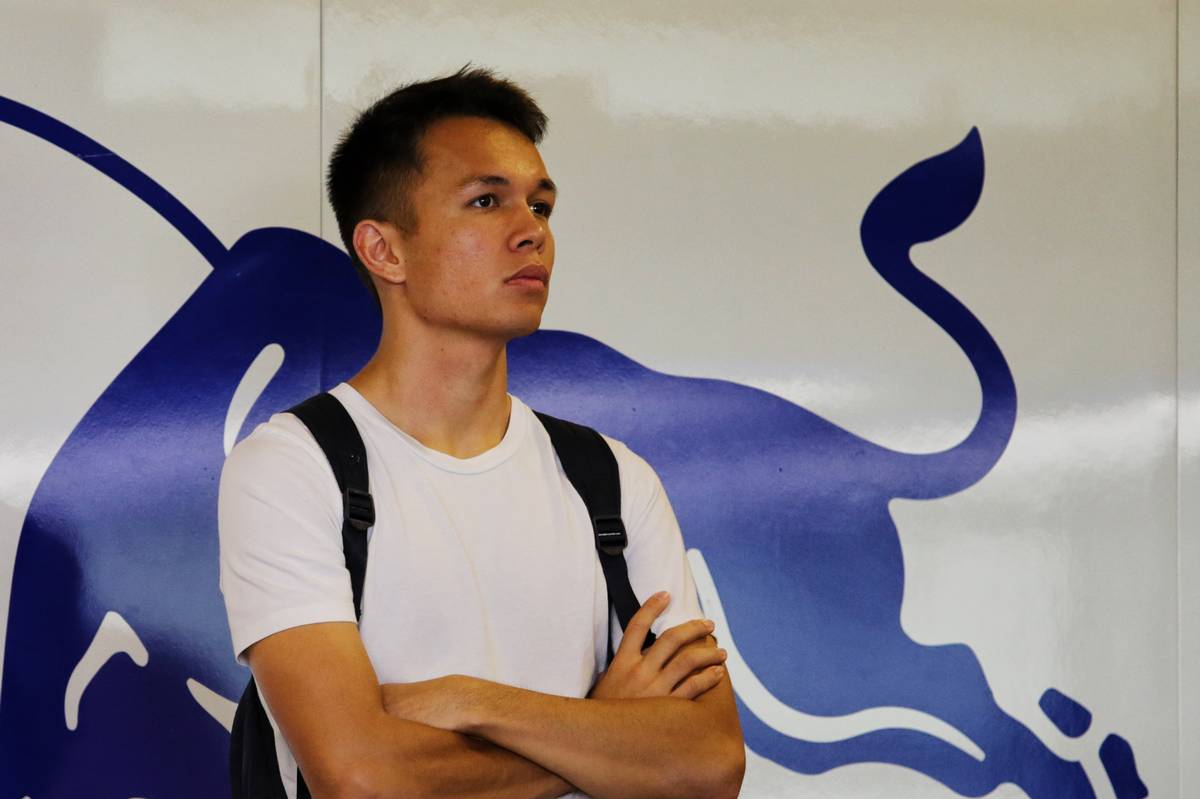 "I am so proud to be representing Thailand," he said. "It is a huge honour for me and my family to be given such an opportunity. Hopefully I will do them proud."

In the meantime, Albon is just trying to keep his excitement in check as he waits to make his first appearance on the grid in Melbourne in March.

"I won't have many days in the car before Melbourne, so it will be very important to be as prepared as possible and take each race as it comes.

"Personally, I don't really set goals for the end of the year. It's more about trying to maximize each race weekend as it comes.

"Of course, it would be nice to fight regularly for points and at the sharp end," he added. "The way the cars are designed in F1 make it hard to overtake, but with the rules for next year, I'm sure there will be some nice battles.

"Quite a cool fact is that I raced with around half of the drivers on the grid from karting, so in some ways I think it will feel like battling like the old days!"

'Dream come true' for Sainz in 'intense' start at McLaren