Formula 1 director of motorsports Ross Brawn believes that Charles Leclerc will bring much needed new energy to Maranello in 2019.

The 21-year-old Monaco native will join Ferrari after a single season at Sauber where he finished in the points on ten occasions, with a best finish of sixth place in Azerbaijan.

He claimed 39 of the team's total tally of 48 points for the year, and arrives at the Scuderia with a considerable weight of expectation on his shoulders as he prepares to take over from Kimi Raikkonen as Sebastian Vettel's team mate.

But F1 veteran Brawn believes the youngster will do just fine, and could also spur on his team to do what they failed to do this season - and clinch one or both of next year's world championship titles.

“Charles Leclerc has been truly impressive in terms of speed and talent," Brawn said this week. "But now he has to make a significant step up,.

“I’m sure his arrival at Ferrari will be a boost for the team and an added incentive for Vettel next year," he added.

Leclerc made his first official appearance on track as a full-time Ferrari driver in this week's post-season tyre test at Yas Marina.

He immediately threw down the gauntlet to Vettel by going fastest of anyone over the two days. His time of 1:36.450s on Wednesday was three and a half tenths faster than the four-time world champion managed the previous day.

Both Ferrari drivers were faster than Mercedes' Valtteri Bottas and new Force India driver Lance Stroll, suggesting that the Leclerc factor might already be kicking in.

“When one doesn’t win a world championship that had seemed very winnable, it’s inevitable that questions are asked in order to understand what went wrong,” the former Ferrari technical director commented. 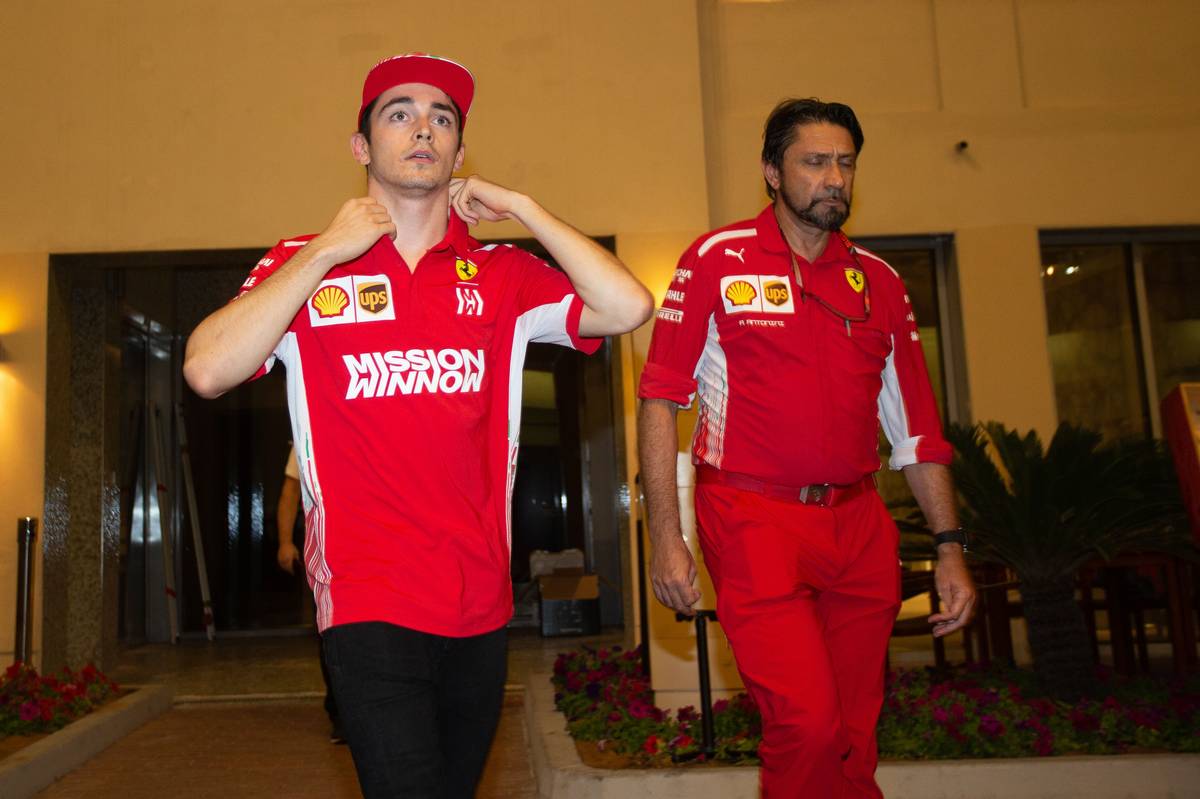 "When the team in question is Ferrari, then the question is not just asked at the top but it becomes almost a national question in Italy, as I was able to see for myself during my decade in Maranello.

“Ferrari is condemned for finishing second in both championships, as it’s simply not good enough at home.

“Sebastian Vettel was a worthy opponent for Lewis Hamilton but [he] failed to win all of the races he should have, nor could he win when he wasn’t favourite to do so.

"And yet, there can be cause for satisfaction in Maranello," he suggested. “It’s been a decade since Ferrari has been capable of winning six grands prix and of starting from pole six times.

"Over two years the team has managed to close a performance gap to Mercedes that in 2016 amounted to a second a lap.

“The shake up of the technical management instigated by [Ferrari team principal] Sergio Marchionne bore fruit this year,” he added.

“I think most importantly it resulted in a new approach to the way the team operated and that gave the team a new spirit."

Perez admits he never got on with Ocon at Force India