António Félix da Costa secured a maiden victory for BMW as a manufacturer in the ABB FIA World Championship, in the first race of the 2018/19 season of the all-electric series in Ad Diriyah using the new Gen2 car.

Da Costa had earlier won pole position in a damp, disrupted qualifying session, but he had to work hard in the afternoon to hold off reigning champion Jean-Éric Vergne during the ePrix.

Da Costa struggled to line up in the right place on the grid, but got off to a good start in the race itself. He was easily able to defend the lead in the early stages from Niussan e.dams' Sebastien Buemi, after Dragon's José María López lost a spot into the first corner.

After crashing earlier in the day, Edoardo Mortara's miserable day continued when his Venturi locked up and ran into the barriers at turn 1 on the first lap. Despite a hefty head-on impact wrecking his front wing, he was able to reverse out and limp back to pit lane without triggering a full course yellow.

However, it was the Techeetah team mates Vergne and Andre Lotterer that were making the early running. Starting from fifth and seventh on the grid respectively, the pair soon dispatched Lopez to get into the top four. It left Lopez in the crosshairs of Jerome d'Ambrosio, the Mahindra having already got the better of Stoffel Vandoorne off the grid.

The Belgian continued to struggle in his first outing in Formula E, and was soon overtaken by Jaguar's Mitch Evans and then by BMW's Alexander Sims. That put him down to ninth place, and he was soon demoted a further spot by a fine pass from follow former F1 driver Felipe Massa.

The imperious Techeetah march to the front continued, with Vergne taking over the lead from da Costa after 14 laps having already swept past Buemi. However just when it seemed that victory was assured, Vergne was one of a number of drivers - including his team mate Lotterer - to be hit by a drive-through penalty for exceeding the maximum permitted power while using re-gen.

That restored da Costa to the lead on lap 24, with d'Ambrosio taking advantage of Lopez mistiming his attack mode activation to take over second place. The Argentine repeated his error moments later to allow Buemi to take third place, and subsequently suffered left-rear suspension damage apparently from running over the kerbs. That forced him to crawl to a stop, triggering a safety while his car was retrieved. 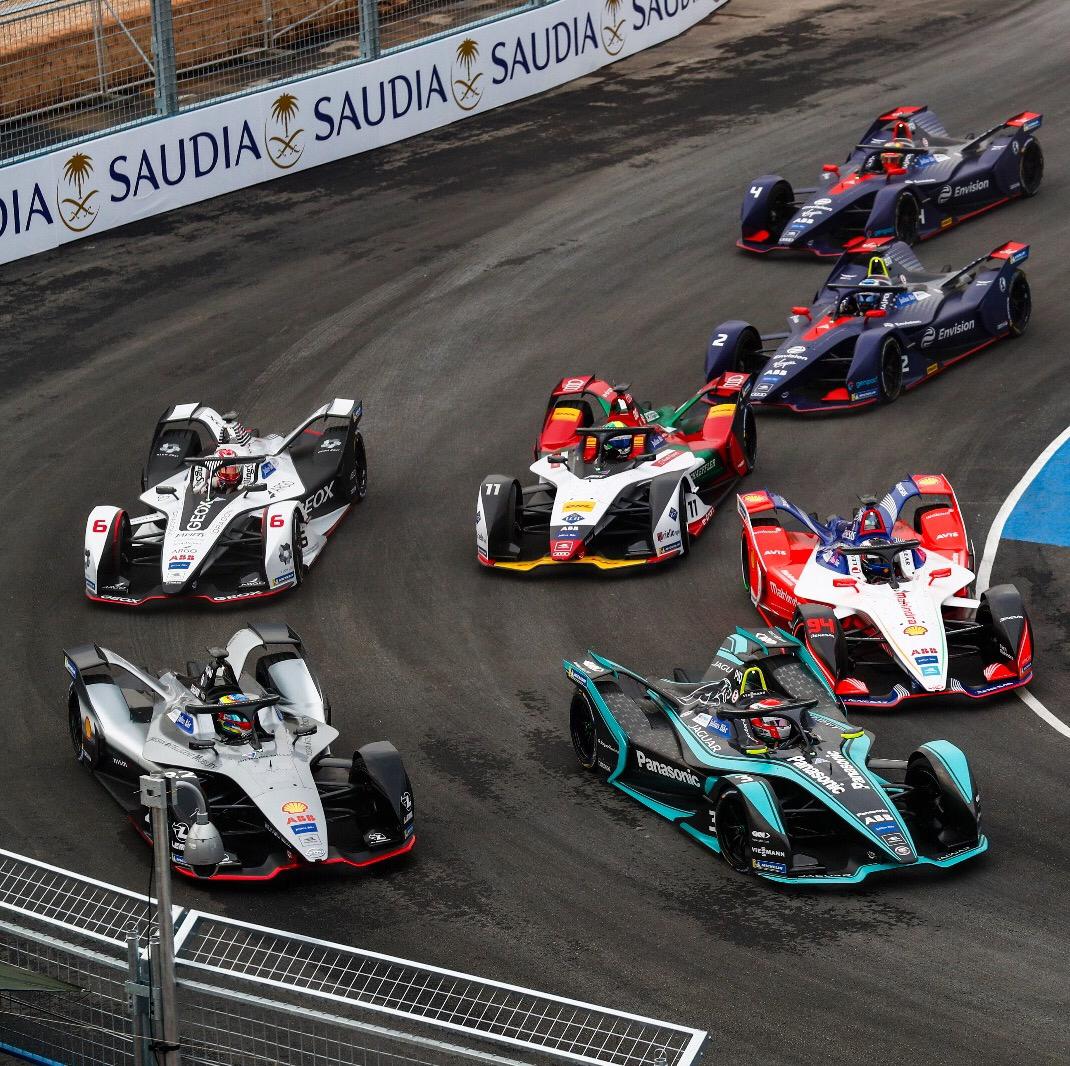 Da Costa and d'Ambrosio led the field during the caution, with Vergne already back up to third place after serving his penalty having made a quick pass on Buemi. Evans was up to fifth place ahead of Lotterer, with Oliver Rowland in seventh for Nissan e.dams having started from 14th on the grid.

The new race format of 45 minutes plus one lap meant that there was just time for three more helter-skelter laps once the safety car was called in and racing resumed. Those cars with a remaining attack mode activation used it now, meaning that those without - including both d'Ambrosio and Buemi - lost out and soon dropped positions.

Da Costa leapt away at the front, but Vergne also had the extra 25kW boost applied and put everything he could into catching and passing the BMW in the final corners. In the end, da Costa had enough in hand to fend him off and claim the chequered flag, with Vergne having to settle for second.

D'Ambrosio was able to hold on to third place from Evans with Lotterer in fifth having got by Buemi in the final scramble to the finish. The top ten was rounded out by Rowland, Audi pair Daniel Abt and Lucas di Grassi, and Nelson Piquet in the second Jaguar. 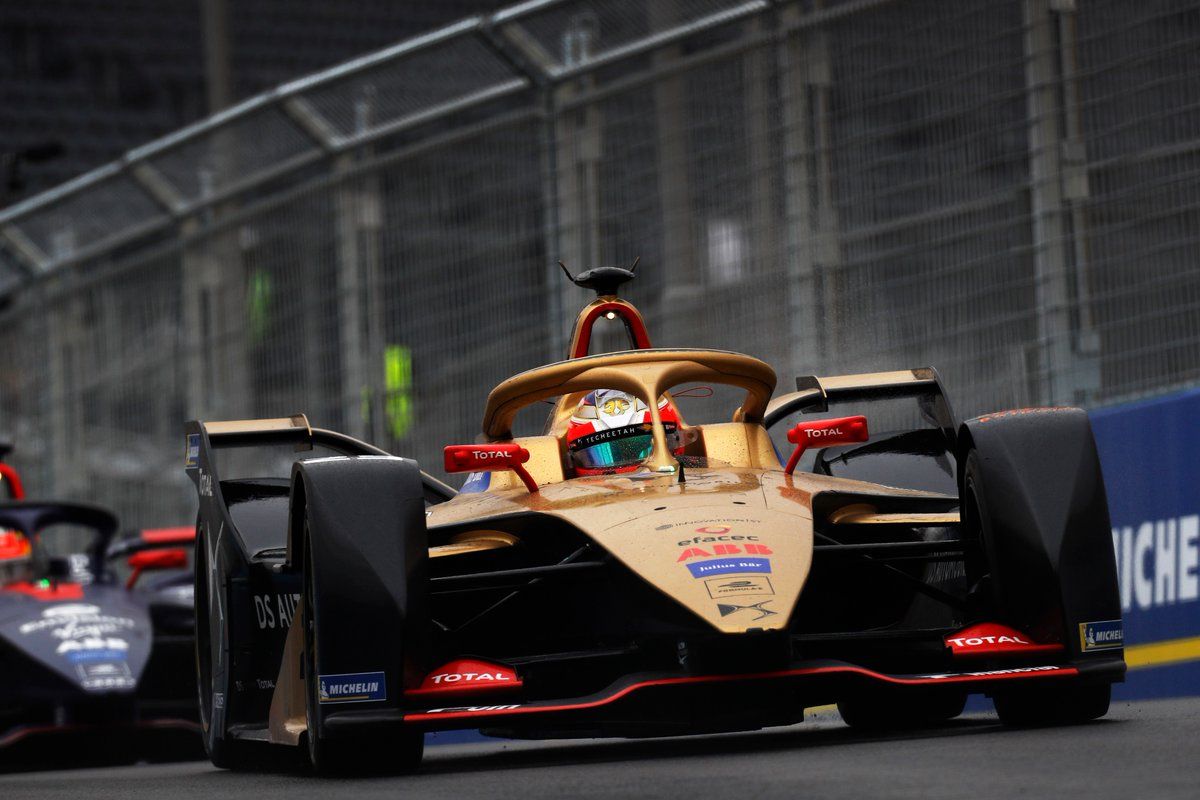 Sam Bird was 11th for Virgin ahead of his team mate Robin Frijns, the pair having started back down in 19th and 20th respectively as a result of a mass penalty handed out to the Audi-powered teams for recording power spikes during qualifying.

NIO's Oliver Turvey had been similarly penalised before the race but battled his way up to 13th place from the back of the grid. That put him just ahead of Massa, who had dropped back as a result of being among those served a mid-race penalty

Tom Dillmann had been able to make little progress after his own demotion to a back row start in the second NIO. He crossed the line in 15th ahead of Maximilian Günther (Dragon), Vandoorne, Sims and Mortara. Along with Lopez, the non-finishers were HWA's Gary Paffett and Mahindra's Felix Rosenqvist.

Leclerc aiming to win in maiden season at Ferrari