Pierre Gasly will not be held back by team orders in 2019 when he joins Max Verstappen at Red Bull Racing.

That's according to the team's motorsports advisor Dr Helmut Marko, who says the two drivers will be given equal status at the start of next season's campaign.

But Marko also makes clear that there will be general rules to ensure that the drivers are working to the team's overall advantage and not getting wrapped up in their own personal ambitions.

“Gasly comes as a youngster so it’s very clear that he has to adhere to the rules of Red Bull Racing,” Marko explained.

“It’s easy: Max is much more familiar with the team. Gasly is free to race. He just needs to show performance. They are equal.”

Although he's the younger driver at 21 years of age, Verstappen has 81 Grand prix starts under his belt - 23 at Toro Rosso, and the remainder at Red Bull since he was promoted to the senior squad at the 2016 Spanish Grand Prix.

Gasly is a year and a half older but only made his bow in Formula 1 at the 2017 Malaysian Grand Prix, going on to complete 26 races in total at Toro Rosso. He'll make his formal début as a Red Bull driver at the Australia Grand prix in March, replacing Renault-bound Daniel Ricciardo.

"I'm still only going to be in my second season of Formula 1 so there are still a lot of things to learn and I still need to develop myself," Gasly admitted recently to Sky Sports News.

"We will see how it goes against Max," he added. "I'll give him the hardest time I can and then try to develop as much as possible as a driver."

Marko indicated that Gasly was joining the team at an ideal moment when it looks to be on an upward trend, with much hope being pinned on its new partnership with engine manufacturer Honda.

“The second half of the season makes us extremely positive about the development of the chassis,” he said. "Reliability on the Red Bull side has improved.

“Clearly we have the best [chassis]," he indicated.

Marko was especially happy with Verstappen's improved performance over the course of this year's season. After being criticised for mistakes early in 2018, Verstappen was much more consistent after the summer. 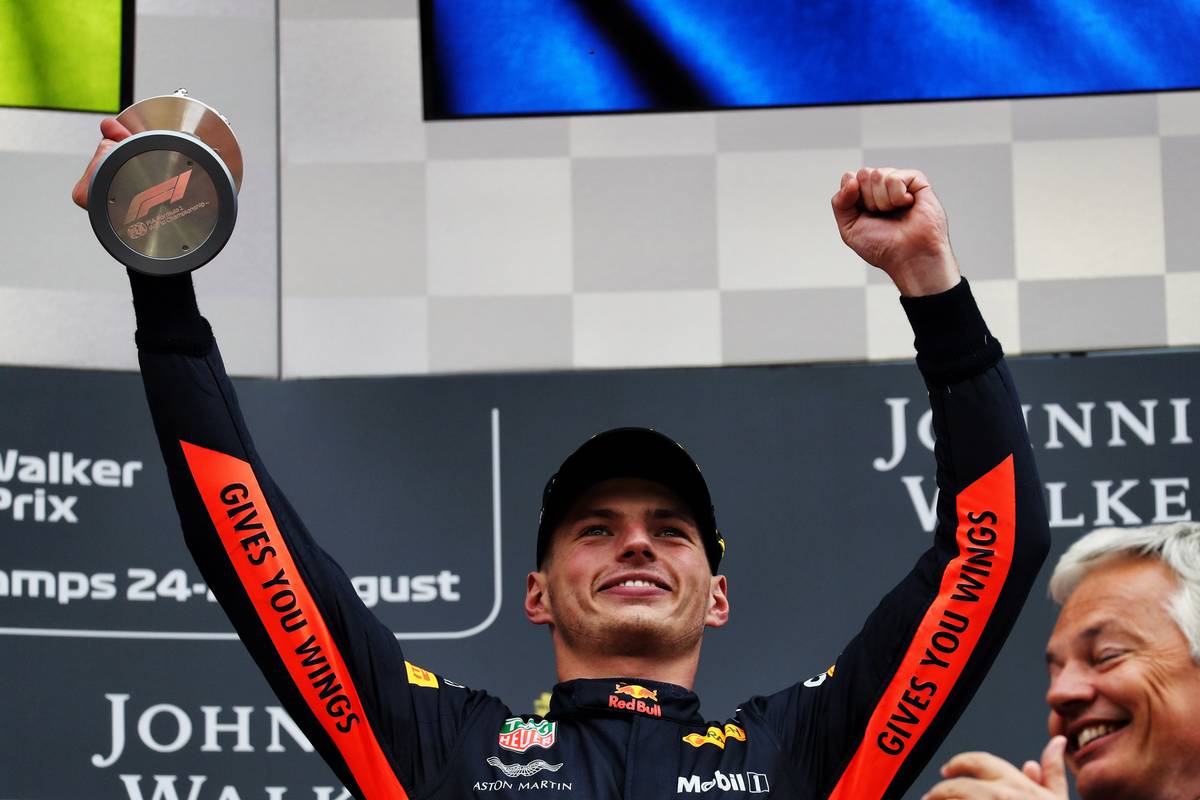 Verstappen himself has admitted that this season had been "a challenging one initially".

"But then it definitely came on and we had really great results, so I’m happy about that," Verstappen continued. "I’m confident that I can get good results again next year, but we just have to wait and see how good we’re going to be initially

"I’m very confident that we can build a great car again," he added. "With our new partner Honda it’s definitely going to be very exciting.

"We have to build a good car, of course," he told Motorsport-Total this week. "It’s always very good news when Adrian Newey gets involved with something.

"But a lot will depend on how good the new Honda engine is," he pointed out. "I’m hopeful but I also want to stay realistic. We have to wait and see what the power unit is really capable of.

“It all looks very promising but I want to be realistic," he said. “First, we still need to build a car, and then the engine should be reliable as well, and powerful.”

Racing Point F1 admits it was 'an upgrade behind' in 2018