Lewis Hamilton likes to keep a lid on things, but the 2018 F1 world champion made an exception for arch-rival Sebastian Vettel.

The two men were locked in an intense battle for the title this season until the Mercedes driver finally broke loose after the summer and raced on to collect his fifth world championship, equaling the achievement of the great Juan Manuel Fangio.

After the curtain closed in Abu Dhabi, Hamilton received a text message from his Ferrari rival in which Vettel made a very special request.

"He messaged me and said ‘Would you like to exchange helmets?’," explained Hamilton.

"Footballers do this type of thing all the time but helmets are a lot more expensive than football jerseys that get thrown about. These things are quite precious to us.

"I personally don’t give any of my helmets away. I swapped one with Michael [Schumacher].

"I think there might have been one or two other drivers who I exchanged helmets with but I don’t look upon it lightly." 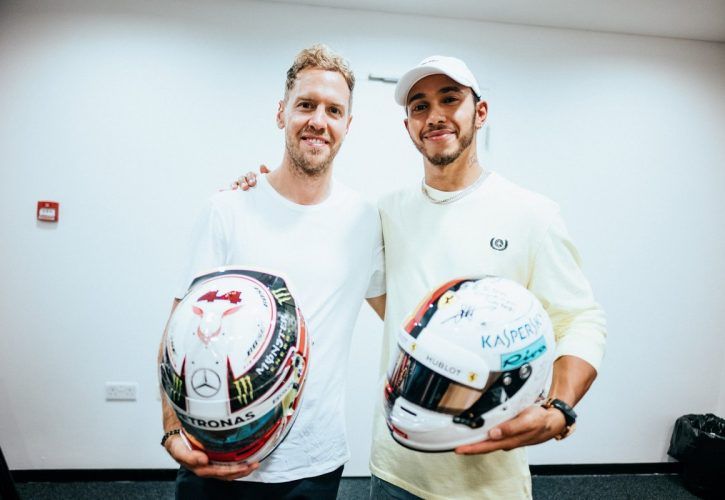 The Brit accepted his opponent's offer however, a gesture which served as a testimony to the great rivals' mutual respect.

"This was really quite a privileged moment because I am standing next to a four-time world champion who had achieved a lot," he added.

"He is a great man and an incredible driver. This is the ultimate sign of respect when you exchange helmets."