A special app will allow fans from all over the world to enjoy the upcoming exhibition dedicated by Ferrari to Michael Schumacher for the F1 legend's 50th birthday.

The 'Michael 50' exhibition, which will open on January 3 in Maranello at the Ferrari museum, will look back at the German driver's prosperous life and times with the Scuderia during which he won five consecutive world championships.

The event will also showcase Schumacher's contribution to various Ferrari cars in his capacity as a development driver and consultant.

In order to allow everyone an opportunity to celebrate the memory of the most successful Formula 1 driver in history in an unprecedented way, the Schumacher Official App will deliver a virtual 3D experience of the exhibition.

The app will also link to the new Schumoji app, which will also be launched on Michael’s birthday and the proceeds of which will go entirely to the Keep Fighting Foundation. 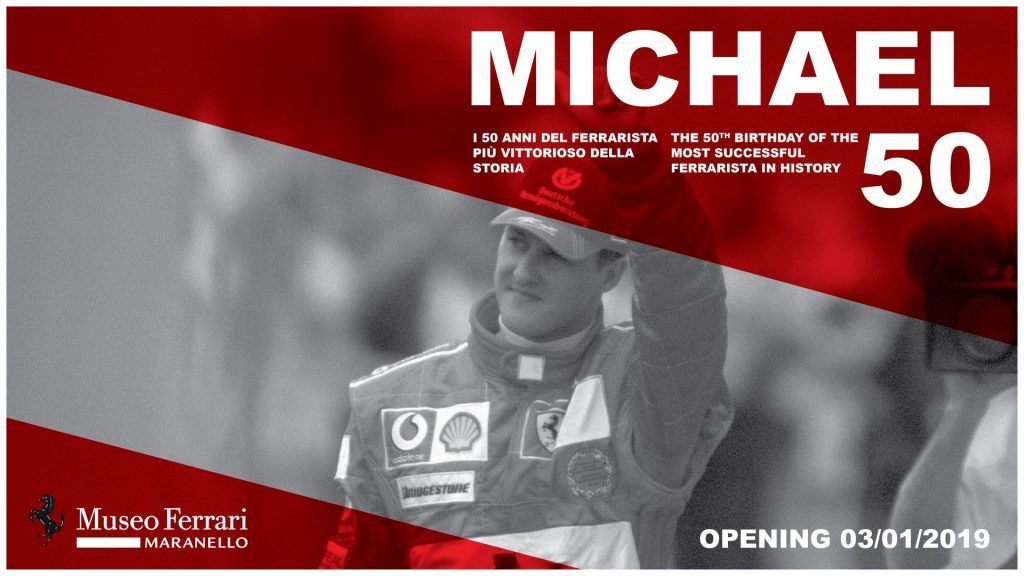 Both apps will be available in both the iOS and Android versions in the App Stores from 3 January 2019.

The 'Michael 50' exhibition will be organized in partnership with the Schumacher family's Keep Fighting Foundation, a global non-profit organisation that promotes culture, education, science, public health and motivation projects.

To celebrate Michael's 50th birthday on January 3, there is a special gift for him, his family and his fans: the Official Schumacher App. A virtual museum that honours the career of the @F1 star. In the App Stores from 3 January 2019. #Michael50 #TeamMichael #KeepFighting pic.twitter.com/nYrdXoTjkF

Horner: Communication with Honda will be 'vital element' for 2019

Grosjean: 'I had the upper hand over Magnussen'