Romain Grosjean believes he did "a great job" fighting back against Haas team mate Kevin Magnussen in the second half of the 2018 season.

Grosjean endured a miserable start to his year, with misfortune in Melbourne and costly errors in Baku and Barcelona depriving the Frenchman of a single top-ten finish in the first eight races of the season.

Meanwhile, on the other side of the Haas garage, Magnussen had enjoyed a good haul of 27 points. But Grosjean's drought finally came to an end in Austria where he finished fourth, outpacing his team mate and equaling his team's best results in F1.

Ultimately, the gap between the two Haas drivers settled at 19 points, but it could have been less had Grosjean's VF-18 not been disqualified at Monza for a technical infringement.

"He scored a lot early in the year and I didn't score anything," Grosjean told Motorsport.com.

"Then obviously there were the eight points of Monza that I've lost. It is not one or two, it is a big chunk, almost half of the gap.

"So, if you look from Germany to now, I think I have maybe had an upper hand.

"Early in the year he did a really good job. He was fifth in Bahrain, that’s 10 points, then than he kept going and I kept having either issues or just making mistakes and didn't score points.

"Yes, the gap is big, [but] it was bigger initially, and I think I've done a great job, you know, coming back.

"Even in qualifying, because I was miles behind and I've done pretty well." 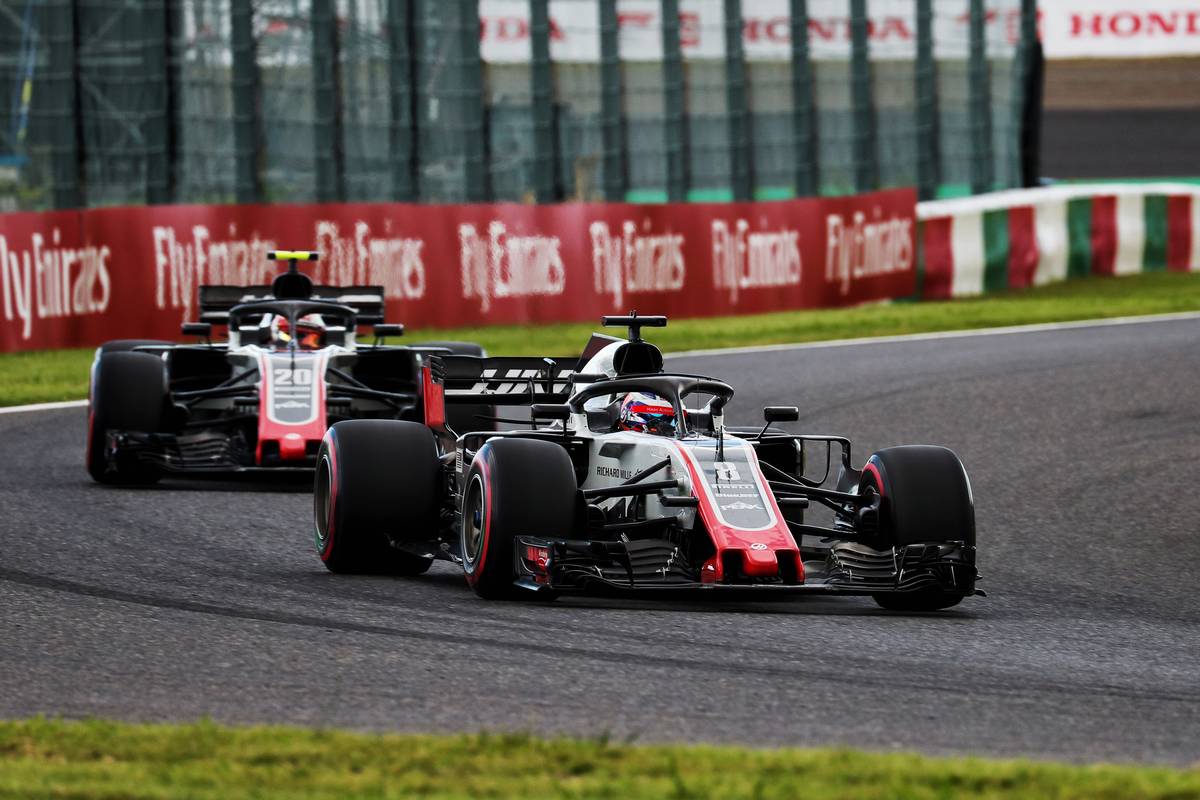 Indeed, Grosjean's momentum in the second half of the year allowed him to beat Magnussen 10 to 9 in qualifying overall, and overcome what he described as a mental issue that had undermined his early efforts.

"Of course, it was frustrating, it was annoying, it was hard," he explained.

"I was criticised a lot. But I knew that when things will go right, than everything would be settled, and then I will be back.

"There were a few mistakes, a few bad luck, all in together. Mistakes that I shouldn’t have done with my experience. But anyway, it’s always the way you react which is important, the way you come back.

"In sport in general there is no middle. It is either good or bad, but the middle is never really an option."

A veteran of 143 Grands Prix, Grosjean will undertake his eight full season of F1 in 2019 and his fourth with Haas.

Verstappen wants 'keyboard warriors' to just stick to the facts

Haas confirms Fittipaldi and Deletraz as test and reserve drivers