The Formula One Group has confirmed all race weekend schedules for the upcoming season, with all times identical to last year with the exception of the French Grand Prix.

However, the French Grand Prix has been brought in line with other European venues, with lights out at Le Castellet scheduled for 15:10 CET.

The French event had started an hour later last year in order to avoid a clash with a scheduled a FIFA World Cup match. 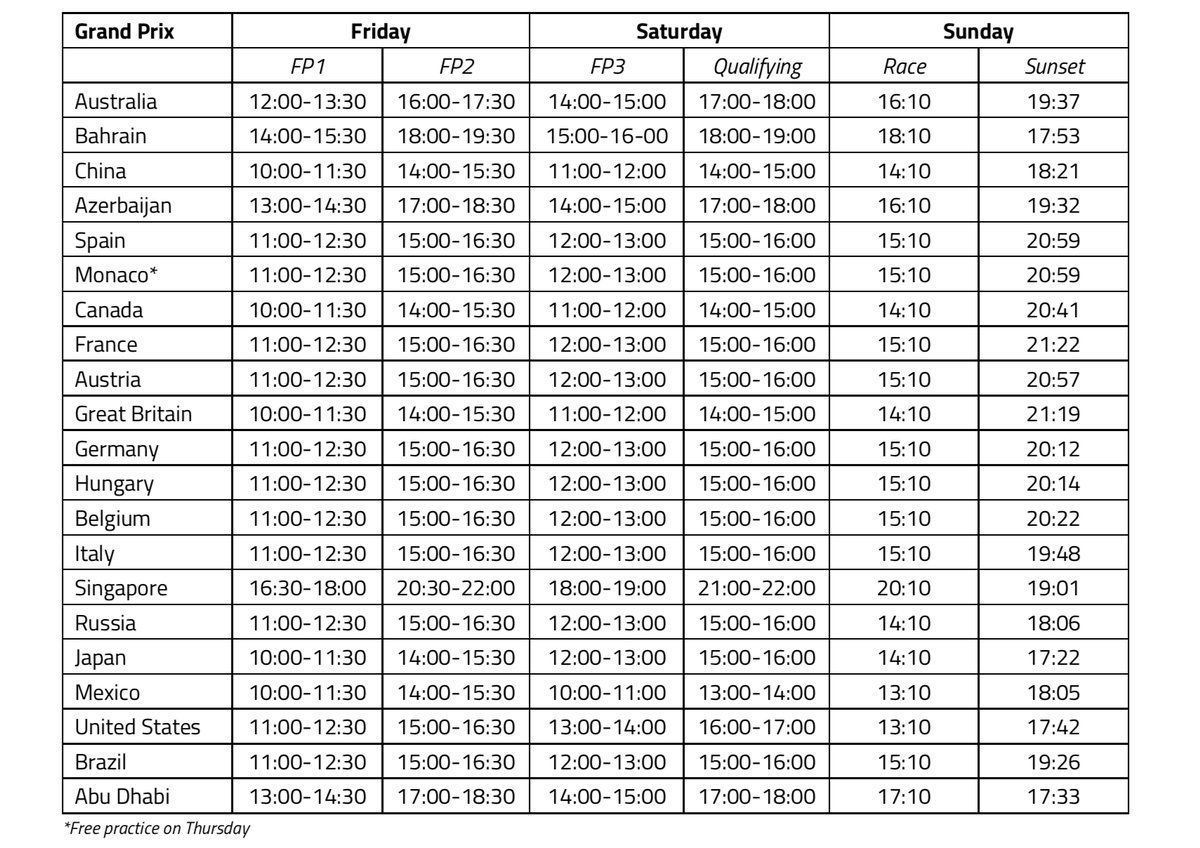 Brown: 'Craziness in the world' not helping to attract sponsors