Extreme E aims to race around the world in the Arctic, the Himalayas, the Sahara desert, the Amazon rainforest and islands in the Indian Ocean. As well as promoting electric technology, it will highlight the damage climate change is doing to these eco-systems.

“This appeals to those that love challenges, have a sense of adventure and an environmental conscience," de Ferran told the Daily Mail newspaper this week. The former CART and IndyCar driver was speaking at a launch event held on board the Royal Mail Ship St Helena on the river Thames in London.

Currently sporting director for McLaren F1, de Ferran is launching the new series in partnership with Formula E boss Alejandro Agag. The first season is planned to be held in January 2021.

“Extreme E offers a unique sport, adventure and entertainment concept that has never been seen or done before," he promised. “Viewers can expect a completely new way of consuming sport.

"But the wider race [is] of awareness and the need to protect these remote and challenging environments being explored by Extreme E."

De Ferran hopes to attract up to 12 one-car teams. During an event they would be split into two groups and complete head-to-head in turn over a series of stages. The top four from each would then take part in a knock-out phase culminating in a grand final to decide the overall winner.

Rather than being broadcast live, the events will be filmed in a ‘docu-sport’ style, with each shown as a single instalment. "Each episode [will tell] not just the story of a race, but the need to protect these remote environments," de Ferran explained.

“I strongly believe that Extreme E can help make the world more sustainable faster," added Agag. "We have a dream team to make this ambition a reality."

Extreme E is described as a "fully funded venture", with tyre manufacturer Continental on board as an official partner. However, it does not currently have any deals in place with manufacturers or media outlets.

“I will start the championship with no manufacturers if needed, and just use all independent teams,” Agag said. "This championship is happening. If manufacturers are here, great, if they’re not here, I hope they will come after."

Representatives from nine prospective manufacturers attended this week's launch event. “They are nine of the usual suspects, if you want to call them that,” Agag commented. “But I don’t know how many are like really serious to come in or not." 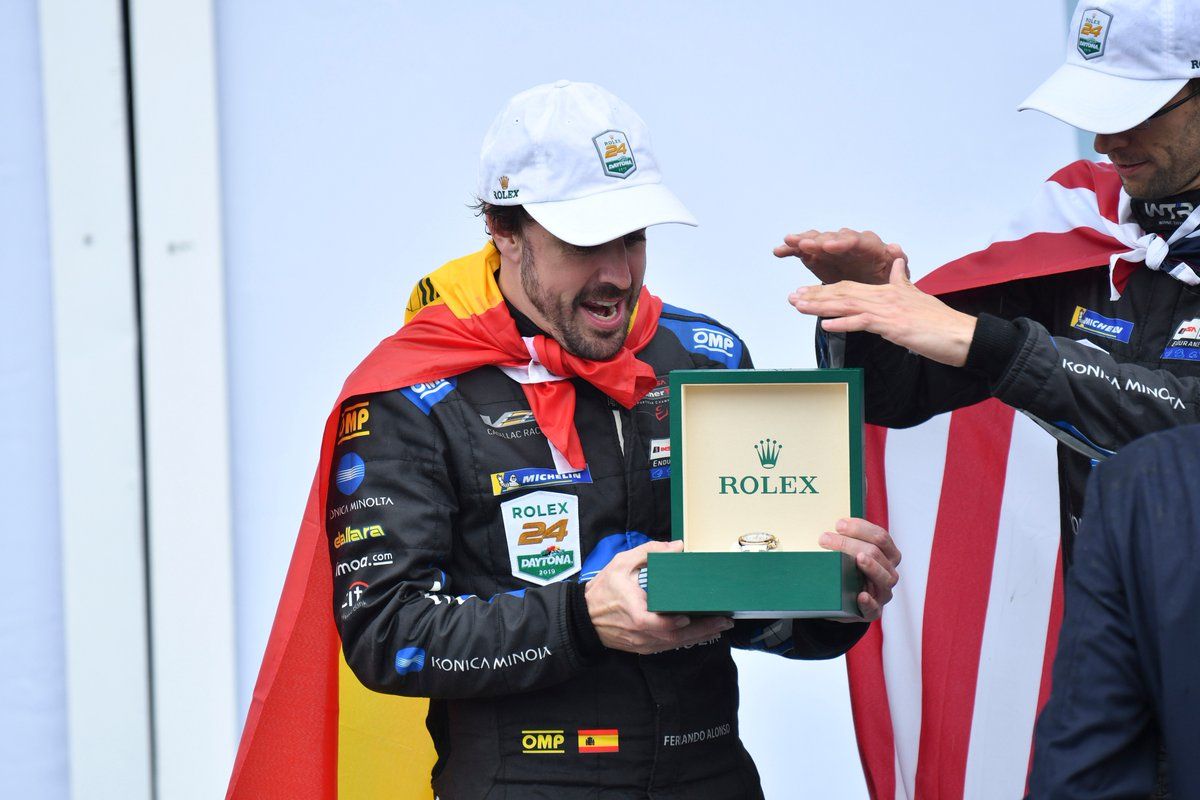 The co-founders are aware that in order to succeed, Extreme E would need to attract some serious star power in the driver line-up. In particular, de Ferrari is hoping that the venture will appeal to Fernando Alonso with whom he worked side-by-side at McLaren for much of 2018.

Alonso has now retired from F1 in favour of fresh challenges such as the Daytona 24, Le Mans and a second attempt to win the Indianapolis 500. But de Ferran believes that something like Extreme E would be right up his street.

“I was texting him about it this morning," the Brazilian revealed. “Fernando would certainly add a lot.

"He’s very famous, he’s fun, he’s a great driver and it would be great to have someone of his notoriety and character in our event.

“It would be great to have Lewis Hamilton participate, race and be part of this adventure too. Drivers like that would add a lot.”

Alonso himself recently hinted at an interest in exploring new ventures such as Extreme E.

"My full focus is on the Indy 500, but I'm trying to do something more in different disciplines that are not only circuits," he said last week at Daytona.

"I need to be very calm and clever with the decisions with the future. The aim is to do something unprecedented in motor sport."

'Russell better prepared than I was', says Kubica