Doubting the legitimacy of Rich Energy is like denying that "man walked on the moon" says the company's boss William Storey.

The Haas US outfit unveiled its 2019 car and new colors on Thursday, the sleek black and gold racer taking its motif from the team's sponsor Rich Energy.

Since Haas announced its deal with the elusive energy drink company, pundits have expressed doubts about Rich Energy's credibility, especially given that its product is such a rare sight.

Haas team boss Guenther Steiner said last year that the outfit had conducted its due diligence on its partner, and recently stated that a first installment had been well received by Haas.

Rich Energy's Storey claims the company's "detractors are obviously not on the same planet as you and me".

"I think a lot of people have put two and two together and got five," he told Motorsport.com.

"I’ve heard these nonsense rumours, whatever, and it’s just completely risible. I just ignore it.

The eccentric William 'tells-a-good' Storey says his company's foray into Formula 1 is to lift its profile, a fair explanation for a product that is nowhere to be seen, an absence apparently justified by its "exclusive" nature according to its promoter. 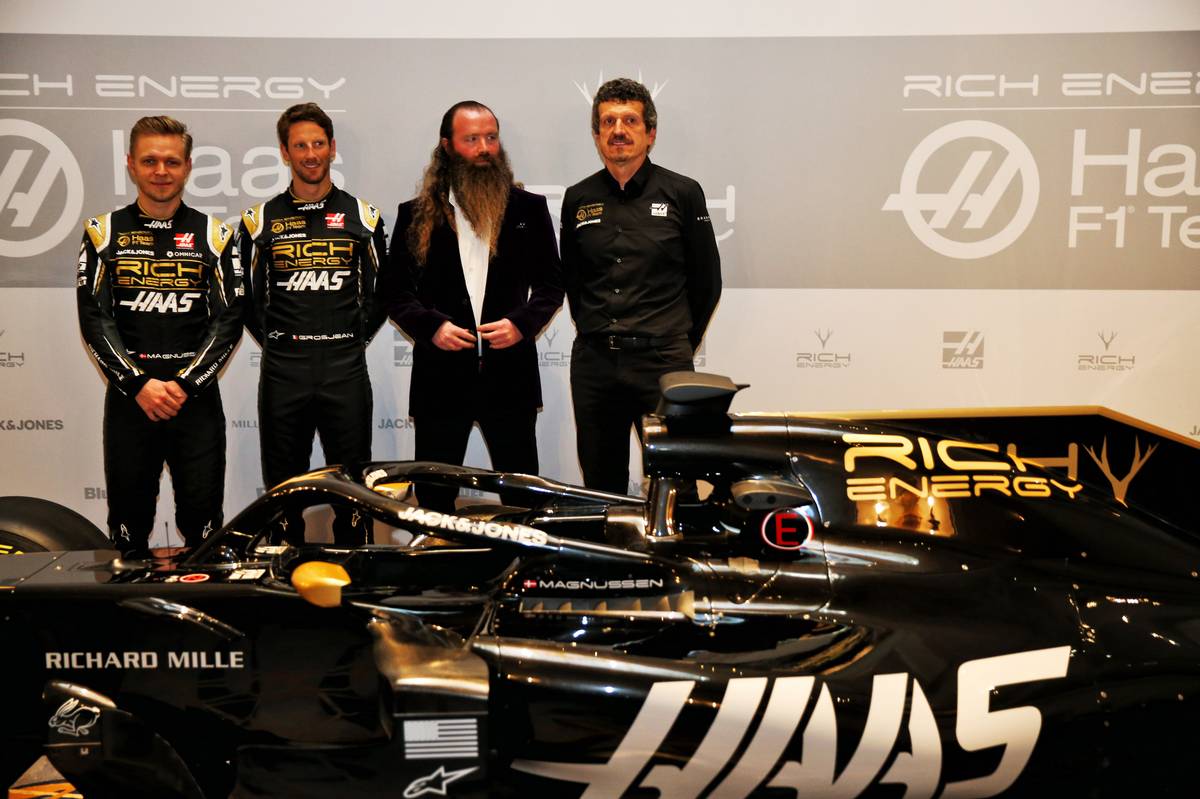 "Actions speak louder than words,” added Storey. "At the end of the day when the tide goes out we see who is swimming naked, don’t we?

"Ultimately, I was very consistent from day one. Everything I’ve said has been the case. It’s interesting that all these so-called detractors have never met me and actually don’t know us at all.

"It’s speculation based on no information. Everyone who actually knew us and knew what was going on knew what we were about. All our detractors were not in possession of the facts.

"We think we’ve got a better product and brand than Red Bull and it’s fantastic to be able to compete with them on and off track."

Oh boy, how long will it take for that bold claim to come back and haunt its author?

Hartley returns to the WEC with SMP Racing