Daniel Ricciardo says he hopes that Renault will be heading into the new season as the 'best of the rest' behind the Big Three teams, but admits it's still far too soon to be certain of anything.

"Probably too early to make real predictions," he told the media in Spain on Wednesday, after his latest stint in the R.S.19 in pre-season testing at the Circuit be Barcelona-Catalunya.

"I think we know who's going to be quick. I think we know that Ferrari look really strong, Red Bull are starting to show a bit more now, and Mercedes.

"Those top three, the gap last year was already so big," he conceded. "I would assume now that the top three teams still have a bit of a margin on the others, but I don't know.

"For us we're trying to close in on that gap, but I'd say in Melbourne they're still going to be the main cars at the front.

"Our objective first and foremost is to be fourth or better in the team [standings]. But it is really trying to hone in on the gap to the top three. As you know, it is big so it is not going to happen overnight.

"It definitely looks like it is very close in that midfield group," he continued. "Hopefully we're obviously leading that, and as I say getting closer to the Big Three. But for now, it's really hard to say.

"But absolutely, the target this year is to close it in."

Ricciardo said that he'd been speaking with his new team mate Nico Hulkenberg about his experiences at Enstone last year, and pinpointed one area in particular that the team had to improve upon in 2019.

"I know last year, speaking to Nico and understanding how the team was last year, the rate of development wasn't always as fast as they would have liked.

"That is another thing this year," he said. "Just to understand what the car needs, but also then to see it start to happen and happen a bit quicker." 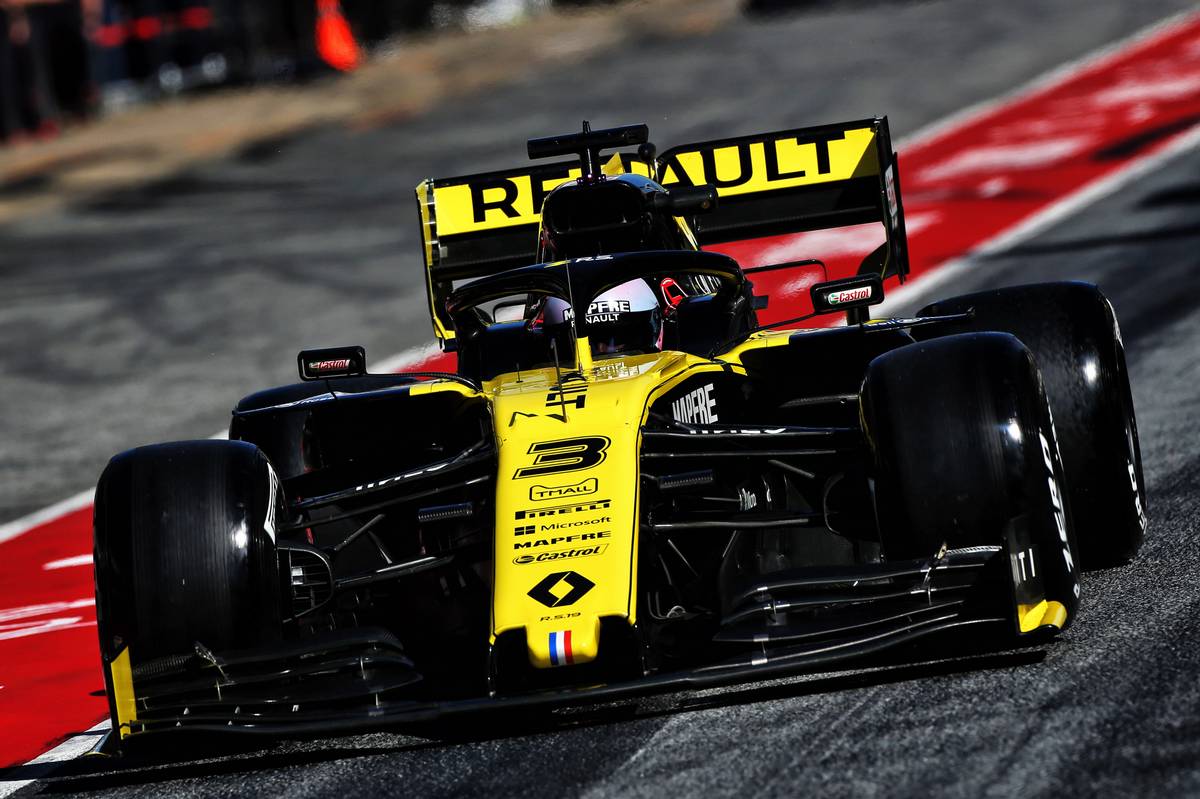 For now at least, Ricciardo is feeling positive with how things have gone for his new squad in testing, with more progress made on Wednesday.

"We did an interrupted race run, but there were a few red flags - I saw Seb go into the turn 3 barriers," he said. "That kind of all interrupted the race running.

"But we got a bulk of laps in, high fuel - hadn't really done much of that yet on race trim, so that was important.

"But again because we are not all out at the same time with the same fuel loads. If someone does a time at 10am, then by 11am it can be completely different.

"Realistically we are not going to know until qualifying in Melbourne when everyone has the same fuel, same tyres, same track conditions," he said, adding that he was getting a bit bored of testing now and just wanted to get back to racing.