Mercedes and Ferrari have chosen the same selection of tyres for next week's second round of the F1 world championship in Bahrain.

Pirelli, Formula 1 exclusive tyre supplier, has chosen its three hardest compounds - or C1 to C3 - for the Sakhir circuit.

The two front-running teams' drivers have selected nine sets of the red-rimmed C3 soft compound, a choice also made by the overwhelming majority of the teams, with the exception of Red Bull's Pierre Gasly, McLaren and Williams.

Mercedes and Ferrari have also chosen the same allocation of C1 and C2 tyres.

Two outfits that have gone one better - or chosen 10 sets of the C3 rubber: Renault and Toro Rosso. 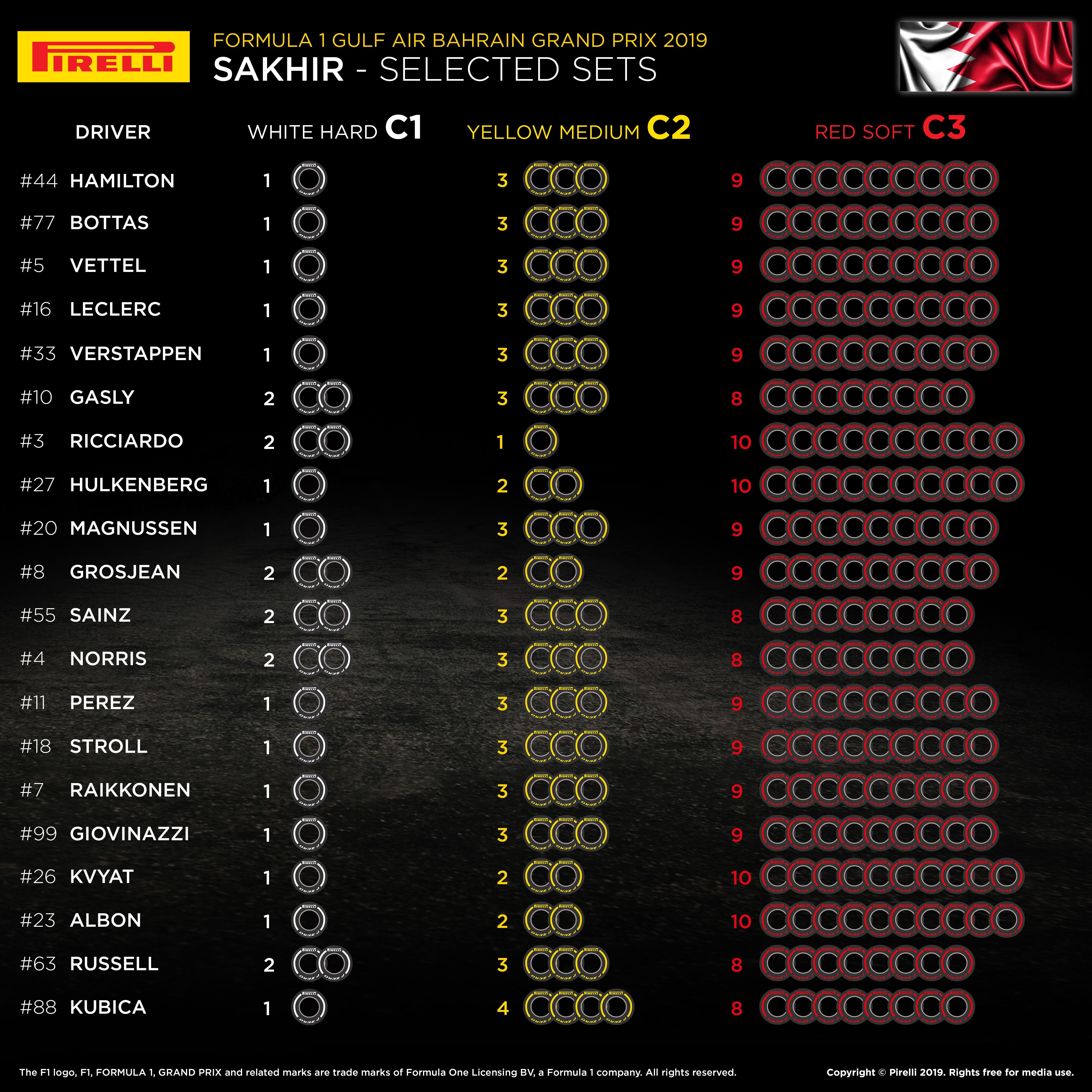 Was Mercedes aware of a risk of floor damage on Hamilton's W10 beforehand?