Sebastian Vettel says that Ferrari junior Mick Schumacher earned his upcoming opportunity to test with the Scuderia in Formula 1.

Vettel and Schumacher will be running for the Italian squad in next week's two-day test at Sakhir, immediately after the Bahrain Grand Prix.

The four-time world champion believes that Schumacher's name has perhaps given him a head start in his motorsport career, but ultimately the 2018 European F3 champion has progressed through the ranks on his merit.

"Obviously, with the name and being the son of Michael, there’s certainly some links and expectations," said Vettel.

"The way he has developed in the last years, he deserves where he is now. Now we should give him the time and the peace to do his job."

Schumacher is facing a busy few days in Bahrain, launching his season in the FIA Formula 2 championship before testing with Ferrari and Alfa Romeo next week on Tuesday and Wednesday.

The 20-year-old is taking it all in his stride however, and one event at a time.

"For me, really, it’s important to start the season in F2 and then move on afterwards as everything is settled," he said in Bahrain on Thursday. 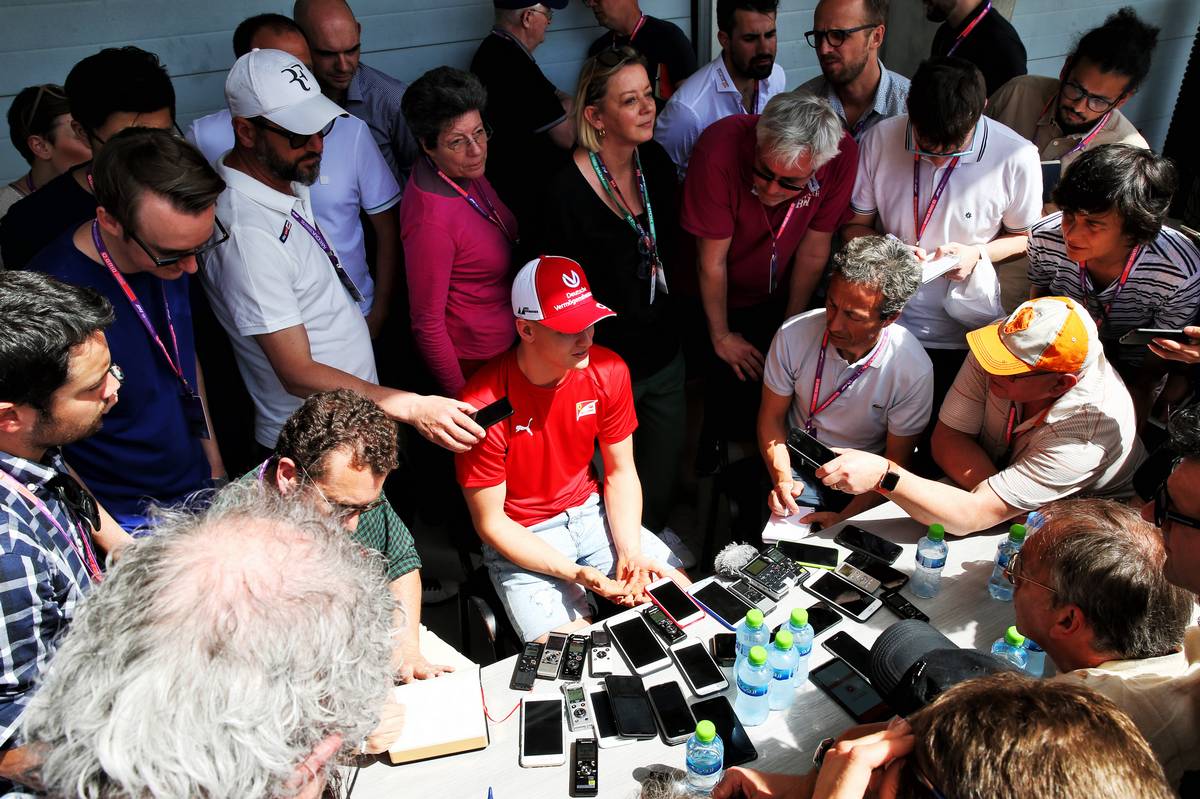 The young charger was predictably swarmed by the media at Sakhir as he previewed his 2019 season, but public attention is something the son of the legendary Michael Schumacher has learned to live with.

"What he’s done is the best ever in F1 so it’s something I look up to and I’m happy to have him as my dad. I guess I’ve had the time and the chance to grow into that."

Hamilton sees no changes to Bottas, except for a beard!