The 21-year-old from Monaco took the top spot with a best lap time of 1:27.866s, 0.294s faster than his formidable Ferrari team mate Sebastian Vettel.

"Obviously Seb is an amazing driver," Leclerc said in the post-session interviews. "I've learnt a lot from him and I'll probably learn all year long with him.

"Today I'm very happy to be in front of him," he added. "Yeah, extremely happy!"

Not that there is any time for Leclerc to celebrate his maiden pole before the Grand Prix. He said that his plan for tonight was to "go to sleep and work hard for the race.”

He had already been fastest in two of the three practice sessions, and on Saturday he swept all three rounds of qualifying while Vettel struggled to match his pace and also hit problems with traffic.

It was all so much more satisfying for Leclerc than two weeks ago when he had been disappointed to slump to fifth place on the grid for the first race of the season in Melbourne.

“Obviously, in the last race, I was not very happy with my qualifying," Leclerc acknowledged. "I did some mistakes in Q3 and I really worked hard to try and not do the same mistakes here."

Vettel meanwhile did his best to look pleased for his young team's mate's breakthrough achievement in only his second race for the scuderia.

"I think Charles did a very good job today and he deserves to be on pole," commented the four-time world champion, who will start alongside Leclerc on the front row on Sunday.

"I’m happy that with the one run I had at the end to get second and it puts us in a good place for tomorrow," he said. "Maybe I was a bit shy in the second sector." 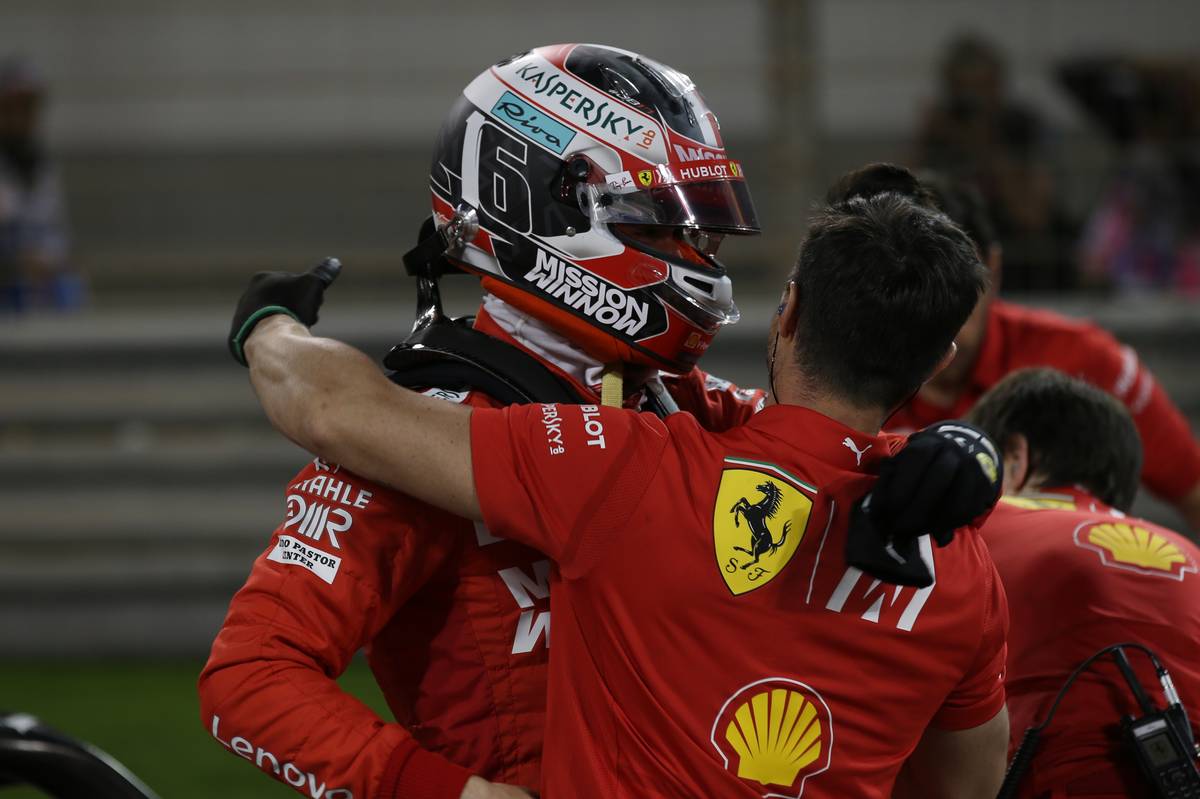 Now the question is whether Leclerc will be able to hold on to first place when the lights go out. It will involve making the best start he possibly can to stay ahead of Vettel and the two Silver Arrows cars into turn 1.

"I think the race tomorrow will be very difficult. I think we need to focus on ourselves," said Binotto. "Remain concentrated as it's still a very long way to the chequered flag

Earlier in the weekend, Binotto had told the media that there would be no question of Ferrari stepping in with team orders during the race to benefit Vettel.

However, he added that it was crucial that the two drivers didn't take each other out while battling for individual position.

Magnussen: 'I knew I had to pull something strange out of the hat'