Bahrain's Sakhir circuit is far from being the fastest track on the F1 calendar but the layout, with its mix of straights and heavy braking, still offers a few opportunities to let the power do the talking.

And when it comes to power, Ferrari appears to have found a way to unleash a whole extra herd of horses.

Lewis Hamilton was adamant that the Scuderia's chargers held a "significant" advantage in terms of straightline speed, while Red Bull's Helmut Marko agreed, saying the Ferrari engine "goes like hell".

The speed trap numbers give credence to both men's opinion, with Sebastian Vettel's SF90 clocking in with the fastest top-speed at 327.7 km/h.

Haas' Romain Grosjean and Kevin Magnussen - who enjoy the same engine muscle as their Maranello counter parts - were both slowest through the speed trap in qualifying, and yet both drivers qualified well, especially the Dane who will start Sunday's race from sixth.

In both cases, Ferrari and Haas obviously have cars imbedded with excellent handling and aero qualities, which is hardly surprising given their close technical partnership. 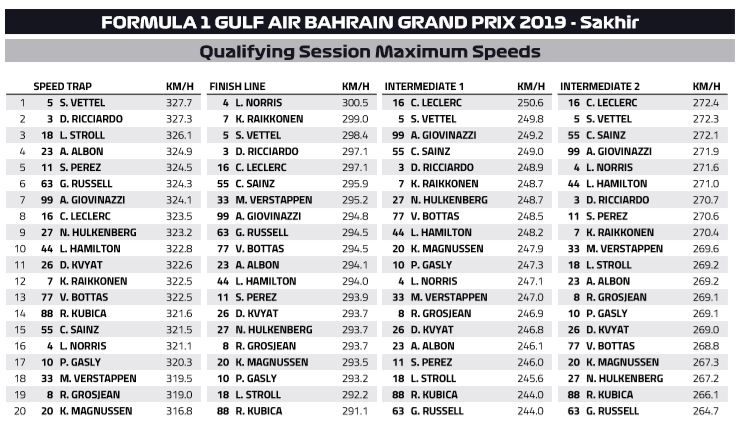