Lewis Hamilton is worried that Ferrari holds a significant advantage over Mercedes and the rest of the field heading into Sunday's Bahrain Grand Prix.

The Italian team has been significantly faster than anyone else all weekend so far, topping all three practice sessions and then sweeping all three rounds of qualifying which saw Charles Leclerc take pole and Sebastian Vettel alongside him on the front row of the grid.

Ferrari has been up to a second faster than Mercedes during the weekend, although in the final segment of qualifying Hamilton was only 0.324s off Leclerc's pole time. Even so, that's enough to ring alarm bells as far as the Briton is concerned.

“We have seen incredible pace from the Ferraris,” Hamilton said after the end of qualifying on Saturday evening. "Honestly I didn’t know we would be as close as we were at the end.

“They were pulling some serious speed on the straights, which is where we have generally lost a lot of time - just the straight line.

"Somehow they have managed to find a lot more speed on the straights," he admitted. "End of straight speeds was really where we lost a lot of time.

"Sector one we were losing three tenths or two tenths just on straight line speed, so that is a significant amount."

As to why Ferrari have been so dominant this weekend, after their equally surprising slump in the season opener in Melbourne two weeks ago, Hamilton put it down to the difference in circuits.

"I just think over the years it has not been a circuit that particularly suited our car for whatever reason," he said. "But we got into quite a nice place today." 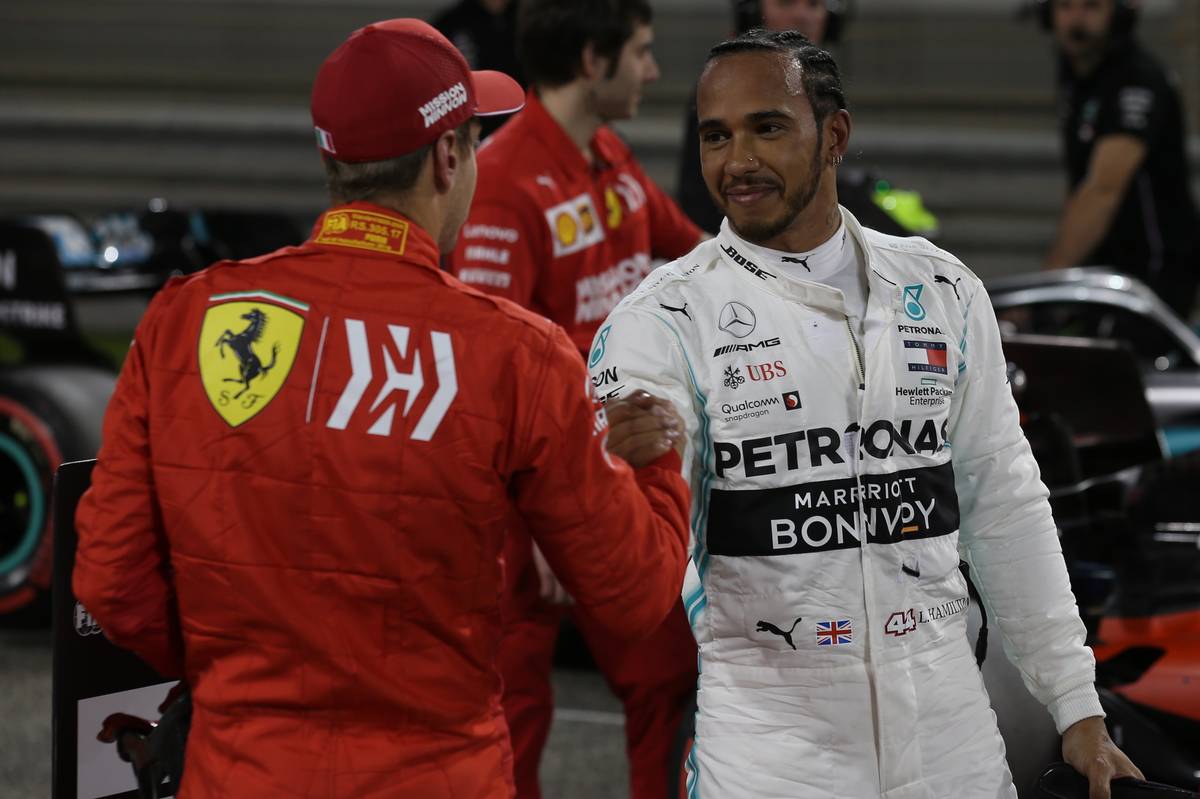 Despite the team doing their best to minimise the Ferrari advantage this weekend, Mercedes principal Toto Wolff promised that they were already looking into what they could do to turn things around.

"That post-mortem started mid-qualifying when we realised that we’re lacking the speed," he told Sky Sports F1. "And we’ll take the analysis from there."

"Obviously it’s not great for the race either," he continued. "Overtaking will be an option tomorrow, but you need to have a fast car on the straights.

"On long runs we were doing okay, that looked good," he said. "But we are lacking in straightline speed at the moment.

"Whether that is track or power, we need to analyse," he added. "For sure it’s a combination of the two."

Whatever the reason, Hamilton insists that he's still in it to win it this weekend, whatever Ferrari's apparent advantage might be.

"I’m hopeful the car is in a better position. It’s why I‘m a bit more upbeat,” he said. "Tomorrow’s the more important day and it will be interesting to see how we do.

"We’re going to give them a good fight, that’s for sure!" he said. "They’ve showed incredible pace [in qualifying] but it doesn’t mean they can’t be beat.

"We’re going work on it, keep our heads down and see what happens.”

Magnussen: 'I knew I had to pull something strange out of the hat'