If not for a late safety car, Max Verstappen looked to be on course to pick up an unexpected podium position in the 2019 Bahrain Grand Prix. But in truth, he didn't really think that Red Bull deserved it this weekend.

Verstappen started from fifth place on the grid and gained a place during the race when Sebastian Vettel's Ferrari spun out.

Engine issues for Vettel's team mate Charles Leclerc promised another gain in position in the closing laps, but a late safety car for a Renault double DNF meant that the final result was frozen.

"If the safety car hadn’t been deployed, we would have overtaken Charles," was Verstappen's confident assessment of the situation.

"[But] I am not disappointed at all, because - given our pace today - I don’t feel we deserved a podium," he added with his trademark frankness.

"Our car was very sensitive for the cross winds and I was constantly oversteering, which made it a lot harder. The balance of the car was in any case not good."

Early in the race, Verstappen found himself in a tussle for track position with Carlos Sainz which resulted in contact that left the McLaren with a puncture.

"We both braked late and Carlos wanted to go on the outside," Verstappen explained. "I think that he didn’t expect me to be there.

"In these cars you are blind to what is happening next to you. I braked late and saw him turn into the corner, so I had to take avoiding action," he sighed. "We clipped wheels and it was unfortunate."

The clash was reviewed by race stewards, who decided that no action was required and that neither driver had been at fault for the racing incident. There certainly didn't seem to be any bad feelings from Sainz' side. 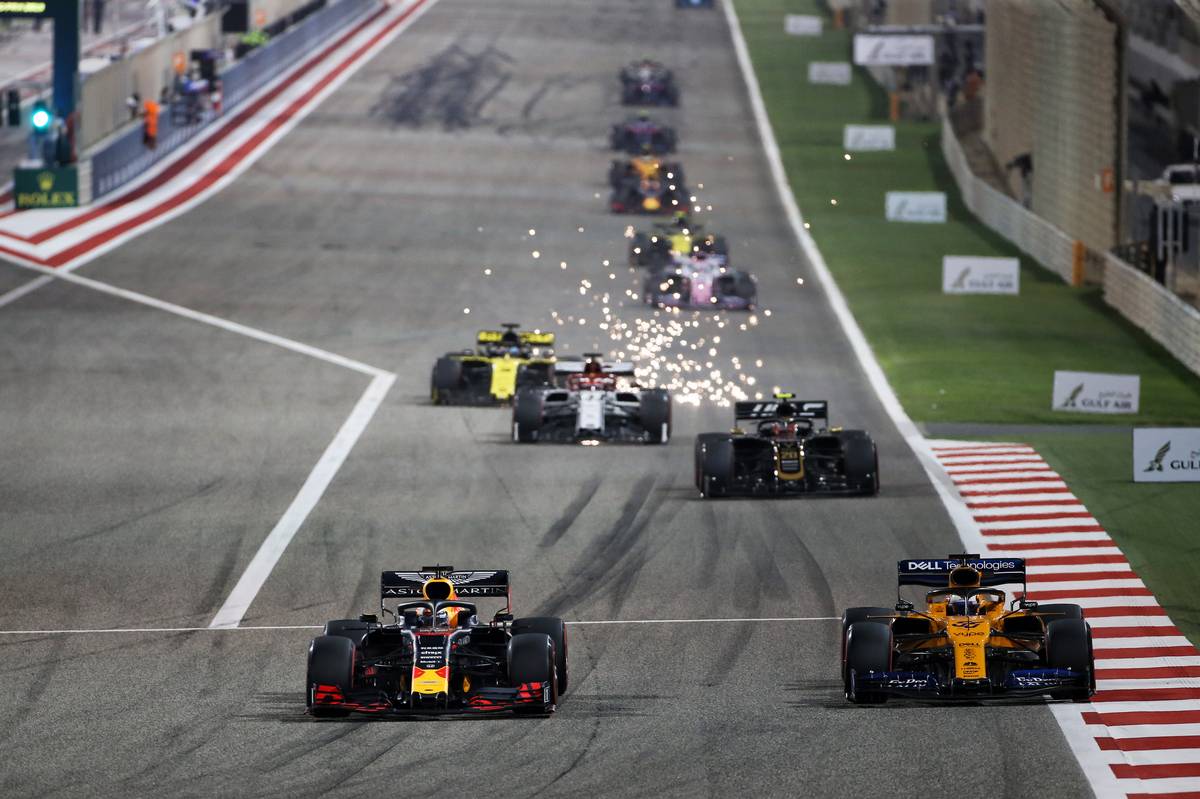 "Well, it's racing, it's incidents," acknowledged Sainz. "The normal thing would have been that we both got a puncture and to be both out of the race.

"All I can say is that I started well," he continued. "A good start, a good first lap. The cars in front weren't opening the gap and I could stay with the top six without problems.

"I did all I had to do and tried everything I had to try, but I ended up worse off.

"It was my turn to get a puncture thanks to how hard [Max] hit me,' Sainz said. "He was lucky to continue, but he hit me really hard and that was it."

Sainz revealed that his race was always likely to end prematurely, regardless of the outcome of his clash with Verstappen.

"I don't think we would have finished in the points because my gearbox failed all throughout the race, He explained. "We had a gearbox problem that was making us lose almost a second per lap