“For Saturday it couldn't go any better," he told Sky Sports F1 after the end of the all-important session which saw Valtteri Bottas beat Lewis Hamilton to pole position.

The pair were three tenths faster than the two Ferrari drivers Sebastian Vettel and Charles Leclerc, a marked difference from what happened in Bahrain.

"It was exciting! Between the cars there was not a lot. The Ferrari really squeezed it all out at the end. Yeah, I'm happy."

Wolff said this demonstrated just how dramatically things were changing from week to week this season.

"What we are seeing - and it's making the season interesting - are massive swings, even within the same teams. Valtteri was a class of his own in Melbourne, wasn't in Bahrain, but came back here - the opposite is true for Lewis.

"For me the recovery of [today's] session for Lewis," he suggested. "He was a few tenths behind [Valtteri]. He couldn't run the soft before his last run, so that was a disadvantage. His theoretical time had been two tenths quicker, so good to see.

As for the balance of power between Mercedes and Ferrari, Wolff was surprised to see his team was now performing better in the corners while the Italian scuderia had the edge in straight line speed. 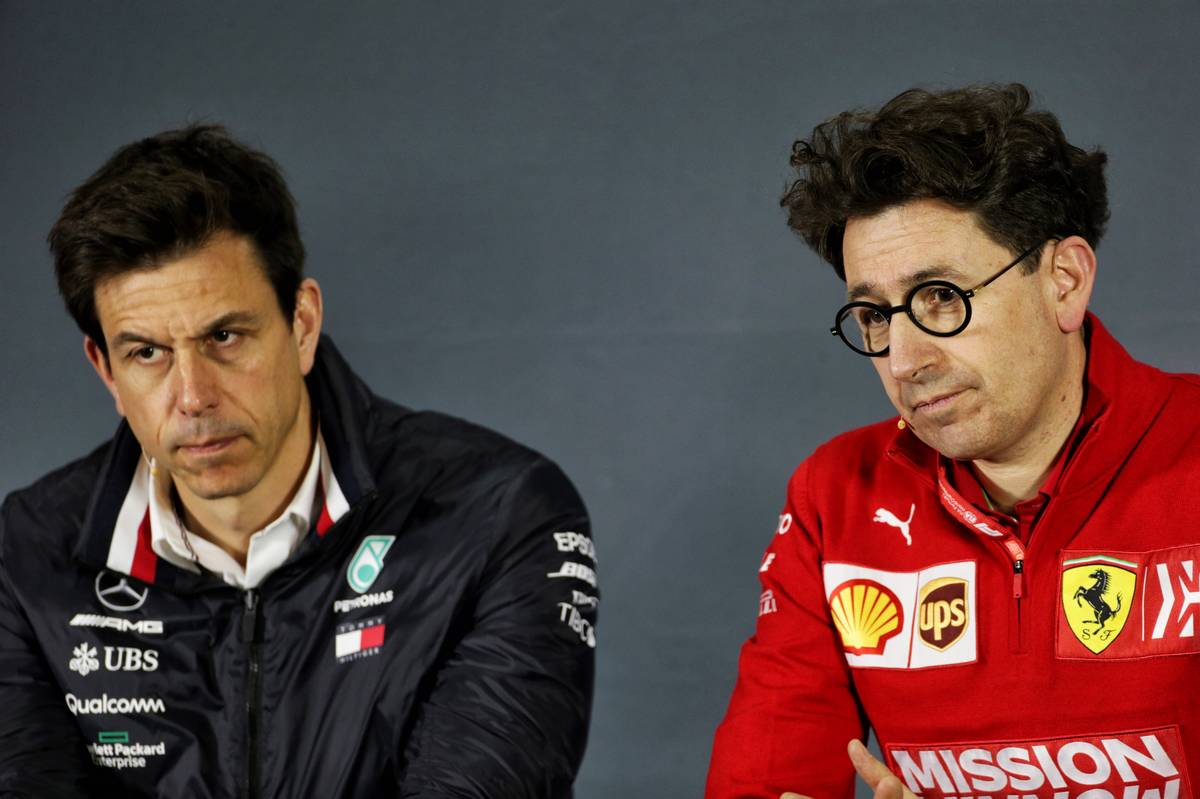 "I think we're making it - it's funny to say after all those years - through the corners. The car looks like really good in terms of downforce level," Wolff said of the W10's performance this weekend.

"It's always a combination of drag and power, so we need to really leave no stone unturned on the chassis and the power unit to recover a little bit."

Wolff agreed that a key development focus as ever remained on aerodynamics, such as air flow over the bargeboards.

"This could be the reason [for the big swings]," he said. "If you're an air molecule and you're flying over the front wing, you say to yourself I know where I have to go. But then you touch the bargeboard area and you're getting confused because it's so couple.

"But I think it's the tyres that play a major role," he added, reflecting on the fact that Mercedes' upturn in performance on Saturday came in warmer conditions than Friday - with cooler weather expected again for the race.

"It makes it even more interesting. I think we will see a few degrees cooler tomorrow. This is the hottest it's been all weekend.

"Getting the tyre in the right window, you really do have to be in the sweet spot," he said. "I think that's the main reason we're seeing those oscillations in the driver performance in my opinion."

Vettel worried that 'bloody quick' Mercedes has the edge