It's the Finn's seventh pole position in Formula 1 and the 59th front row lock-out for the Mercedes squad. 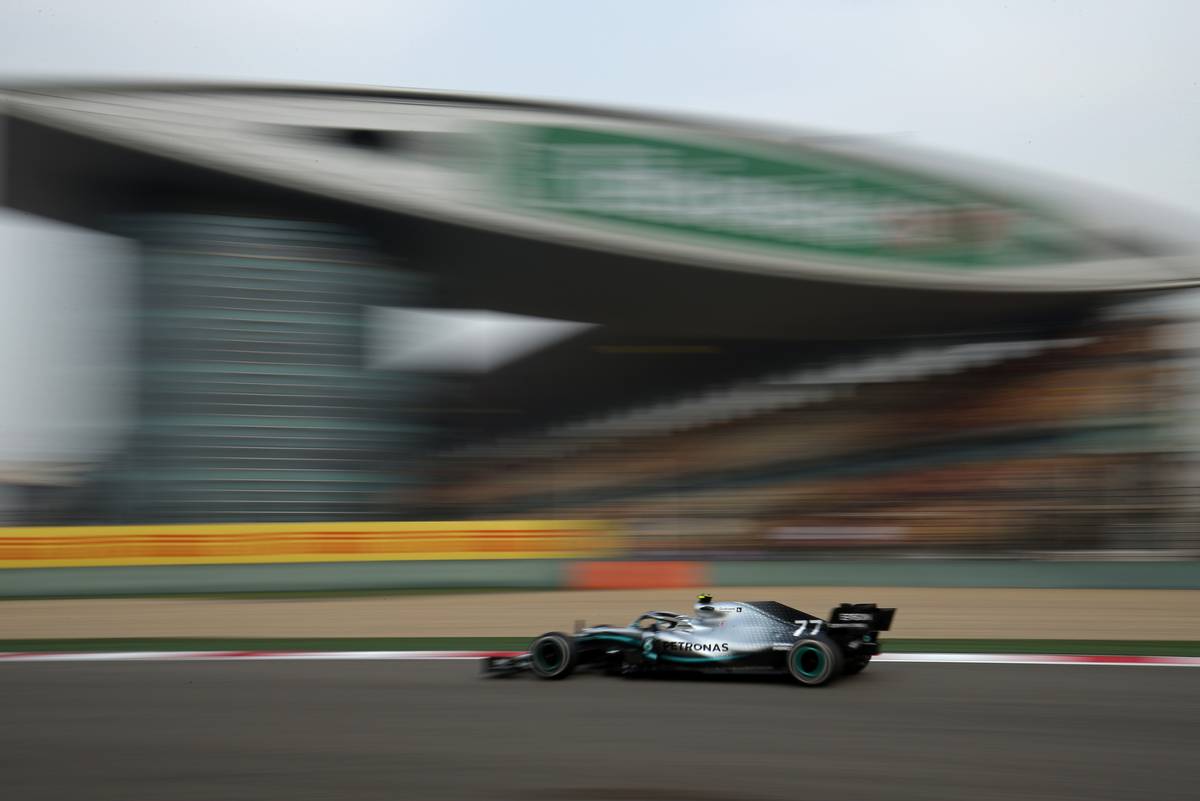 Bright, sunny and dry conditions greeted the drivers for all three rounds, with track temperatures a little higher for the start of the afternoon session than earlier - although not by enough to significantly help those drivers such as Mercedes' Lewis Hamilton who had apparently been struggling to get their Pirelli tyres into the optimal range over the weekend so far.

Q1: Bottas quickest as Giovinazzi and Albon fail to get out

As has become standard operating procedure, the two Williams cars of George Russell and Robert Kubica were first out on track. They had the place to themselves for several minutes before Ferrari and then Mercedes were next to stir, after which pit lane exit became rather busier with cars streaming out.

Sebastian Vettel duly took early control of the timing screens with a lap of 1:33.557s, half a second clear of Charles Leclerc who hit traffic during his run. Moments later it was Valtteri Bottas' turn to go top with a time of 1:32.658s, with Hamilton some four and a half tenths in arrears. Max Verstappen inserted the Red Bull into third ahead of Vettel, with Nico Hulkenberg (Renault), Romain Grosjean (Haas) and Daniil Kvyat (Toro Rosso) also recording strong first runs.

Further fast laps from Kevin Magnussen (Haas), Daniel Ricciardo (Renault) and Pierre Gasly (Red Bull) meant that Leclerc was pushed out of the top ten. It meant that unlike the leaders he couldn't simply save a second set of tyres by resting on pit lane for the rest of the session, for fear of being pushed into the elimination zone occupied by Racing Point's Lance Stroll and the two Williams drivers. The Monegasque duly leapt clear of any danger with his follow-up run, and up to second just half a tenth off Bottas' top time.

Meanwhile a power unit problem on Antonio Giovinazzi's car had left the Alfa Romeo stuck in the garage and unable to set a time. Also missing from action was Alexander Albon, who was unable to take part after the rookie driver's big accident in final practice left his Toro Rosso too badly damaged to be repaired in time for Q1. The pair will likely have to start Sunday's race from the back row and pit lane respectively as a result. 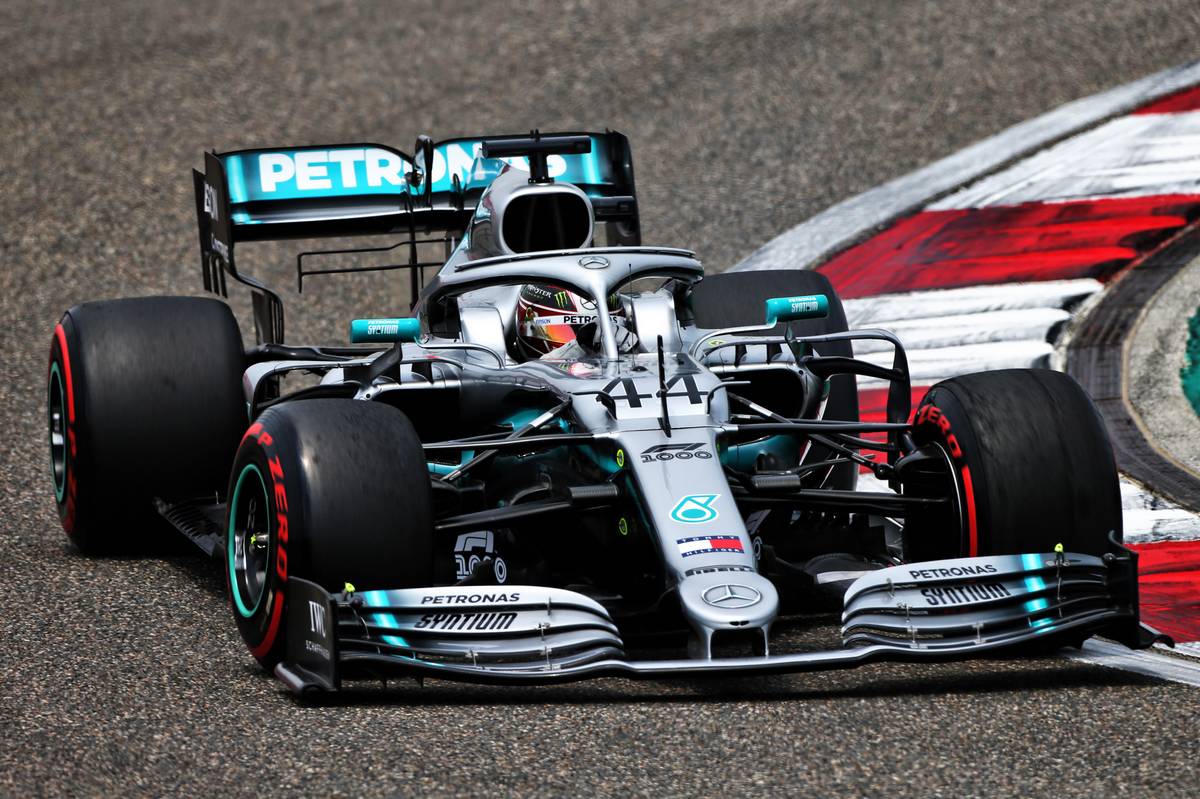 It was a slow start to the second round, with teams waiting almost three minutes before sending their cars out. Racing Point's Sergio Perez and the two Mercedes were first out, while behind them a sudden traffic jam choked the exit to pit lane as cars finally scrambled into action.

Bottas once again proved himself the fastest of the Silver Arrows, his first lap of 1:31.728s proving half a second quicker than both Ferraris and almost nine tenths quicker than Hamilton who was then bounced down to fifth by a flying Verstappen. All of the leaders had felt able to make their first run on the medium compound with a view to starting the race on that set of tyres.

Perez meanwhile ended up out of the top ten and in danger of elimination, along with the two McLarens of Carlos Sainz and Lando Norris, and Kimi Raikkonen in the remaining Alfa Romeo. Meanwhile Romain Grosjean was forced to abort his first run after suffering a big snap in the Haas.

Trying to claw back the extra set of tyres he had used in Q1, Leclerc decided not to make a second run. The only other driver to stay in the garage in the final minutes was Gasly in sixth place, It proved the right call: while there were a flurry of faster laps, none of them were able to move in front of the Frenchman.

When the dust settled, the last qualifiers were Grosjean and Ricciardo, while Kvyat, Perez, Raikkonen and Sainz on the wrong side of the cut line, together with Norris who ran wide in the final corner on his last attempt. There was also a surprise at the other end of the timing screens with Hamilton making a point by going top by just under a tenth from Bottas right at the end of the round on a new set of mediums. 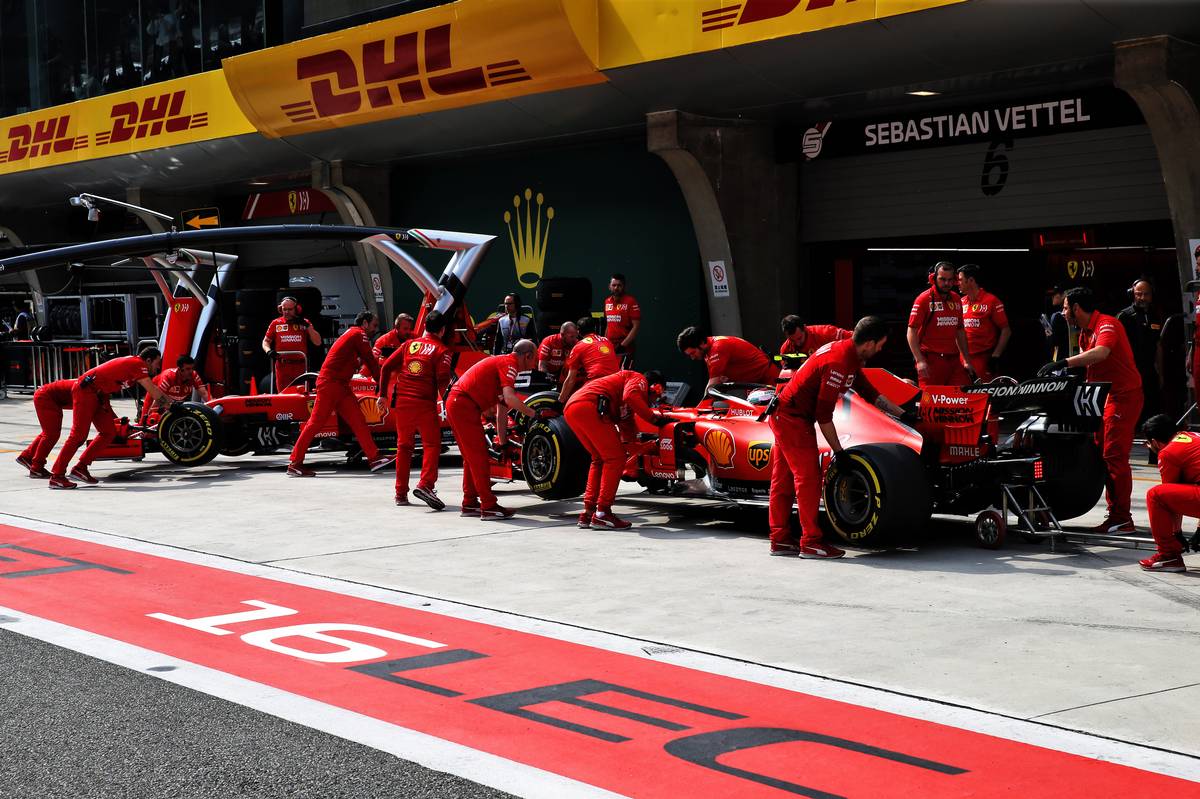 Q3: Bottas holds on to beat Hamilton to pole

With the matter of Sunday's starting tyres duly taken care of, it was time to get down to business in the 12 minute top ten pole shoot-out round. This time everyone was straight onto the soft compound as the two Mercedes cars led the way out of pit lane.

Hamilton set the initial benchmark with a time of 1:31.570s but he was quickly deposed by his team mate - by just 0.007s. Their pace was too hot for Vettel, Verstappen, Leclerc to handle and the trio ended up around half a second slower, followed by Gasly over 1.3s off the Silver Arrows in sixth place from Hulkenberg, Ricciardo, Magnussen and Grosjean after the conclusion of the first runs.

After a brief respite, everyone was soon back out on track for one last effort to decide tomorrow's grid. Once again, Hamilton had the first bite at the cherry but failed to improve on his earlier run, while Bottas made pole safe by an extra hundredth.

Both Ferraris also improved but not by nearly enough to come within range of the Silver Arrows, meaning that Vettel and Leclerc will line up side-by-side on row two ahead of an all-Red Bull third row consisting of Verstappen and Gasly.

Continuing the two-by-two theme, the rest of the top ten sees Renault pair Ricciardo and Hulkenberg on row four followed by Haas duo Magnussen and Grosjean who both failed to set a time in Q3. 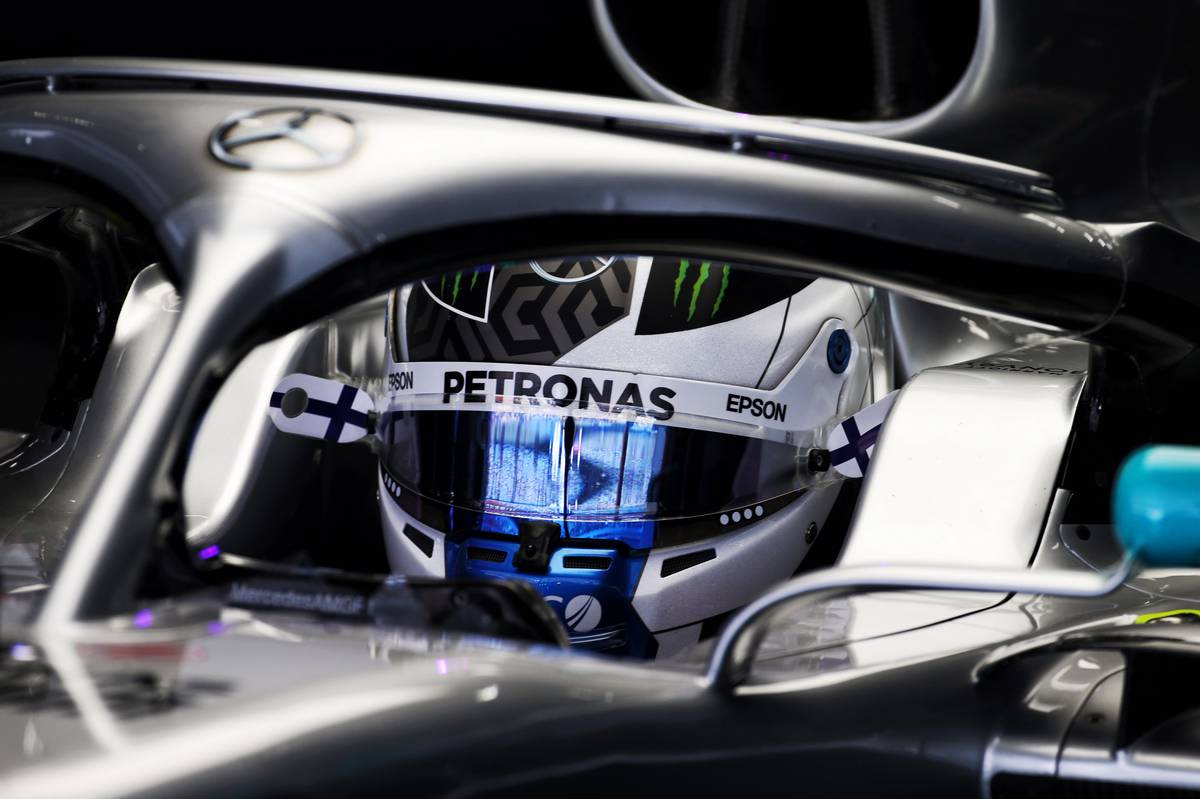