Valtteri Bottas had no doubt as to what had cost him the lead at the start of the 2019 Chinese Grand Prix on Sunday.

"It was a shame about the start," the Mercedes driver acknowledged. "I think I lost it in the start, honestly.

"It's small details," he explained. "I got some wheelspin as I went over the white line - the start-finish line - which was immediately after my box, so I lost it there.

"It was the same in the formation lap start, just going over the paint, and also the race start. It means I've got to look to see if there is anything I could have done with that, but - bad luck!

"Otherwise the car was feeling okay and the pace was similar, he said. "[But] in the first stint, in the dirty air, I couldn't follow."

Once his team mate Lewis Hamilton got his nose in front into the first corner, Bottas was never really able to challenge for the lead again.

From his own vantage point on the proceedings, Hamilton agreed with Bottas' assessment of how the race had gone.

"The start was really where I was able to make the difference and after that it was history," he confirmed. "But what a fantastic result for the team." 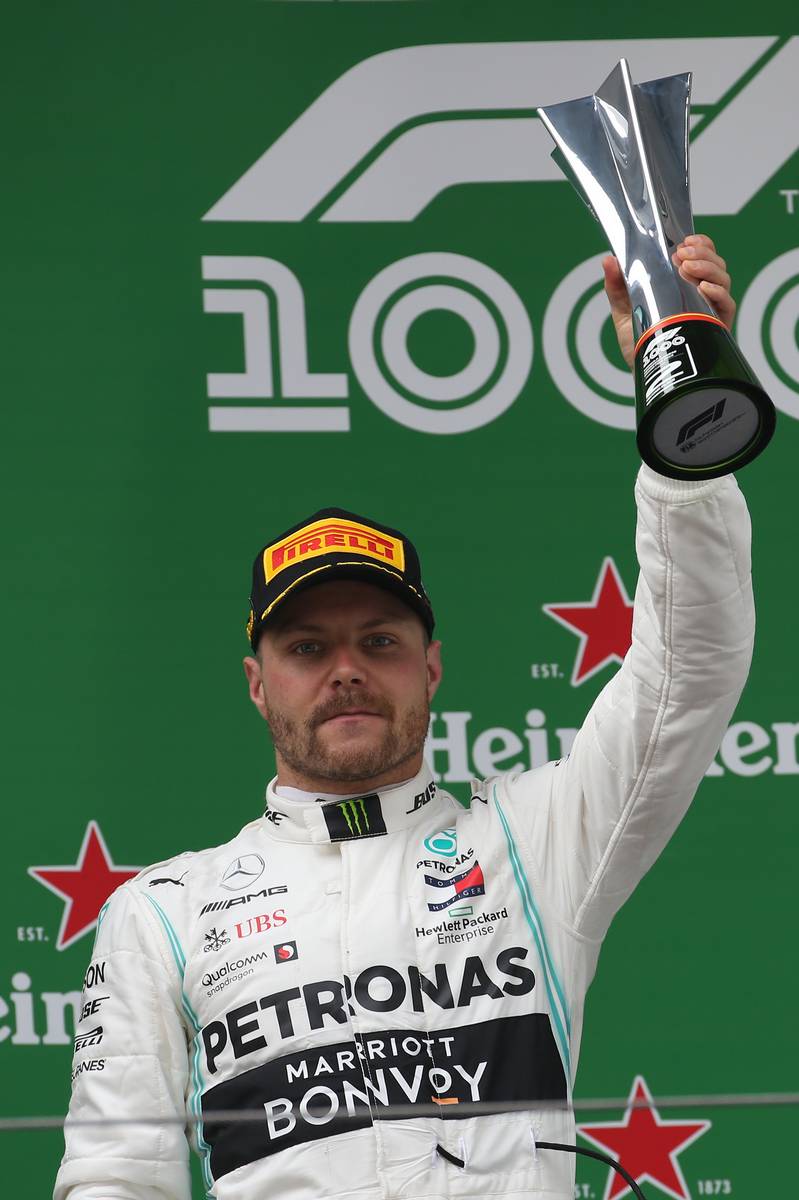 Disappointed as Bottas was in not coming away from Shanghai with what would have been his second win of the season, he shared Hamilton's delight in another Mercedes 1-2, their third in succession following similar success in Melbourne and Bahrain.

"It is early days in the season [but] things are looking good. I am really proud for the team - we've done three perfect weekends so far, so that's very good," he said. "Obviously [today was] disappointing for myself.

"For us as a team it's been a perfect start. We couldn't imagine getting three 1-2s in a row," he said. "We did have a strong race pace, better pace than in Bahrain, obviously different track. Again it's going to be a very unique track next race [in Baku]."

Today's result means that Bottas has lost the lead in the drivers championship that he's held since his victory and extra point for fastest lap in Melbourne.

"It's not a nice feeling, so I'm coming back!" he promised. "It's only the third race of the season.

"We're in a good position. I'm only a few points from the lead, so it will still be interesting."