Daniel Ricciardo says that he still very much wants to inspire fear and command respect as a prospective race winner every time that he lines up on the starting grid.

Ricciardo's tenure with new team Renault had a troubled start with back-to-back retirements in Melbourne and Bahrain, but a points finish in Shanghai has made him feel more confident about where things are heading.

In particular, the Australian is starting to get on top of the different way that the R.S.19 handles braking compared with his old Red Bull, where he garnered a reputation as a champion overtaker by being 'king of the late-brakers'.

“I was locking the brakes quite easily without kind of understanding why a lot of the time,” Ricciardo told Autosport magazine of his struggles since switching teams.

“At Red Bull, it was definitely a strength of mine - having that feeling and confidence on braking, on overtaking and on one lap as well.

“I’ve noticed a lock of wheel here or there where I wouldn’t have last year, so I am trying to figure out where the limit is.

“Some of that was to do with ride, so we tried a few settings in the Bahrain test just to try to give me a bit more feeling through the braking phase.

“I think we made some ground there," he added. "Generally speaking, it wasn’t an area I was complaining as much or struggling as much."

However despite the breakthrough that saw him score his first points for Renault last time out, Ricciardo knows there is still work to do.

"At least for now it is a bit more on a knife edge in that area," he admitted. “I might have to adapt a little bit the way I approach it, but I am still going to try to sort it.

"I still want my competitors to fear me," he added. 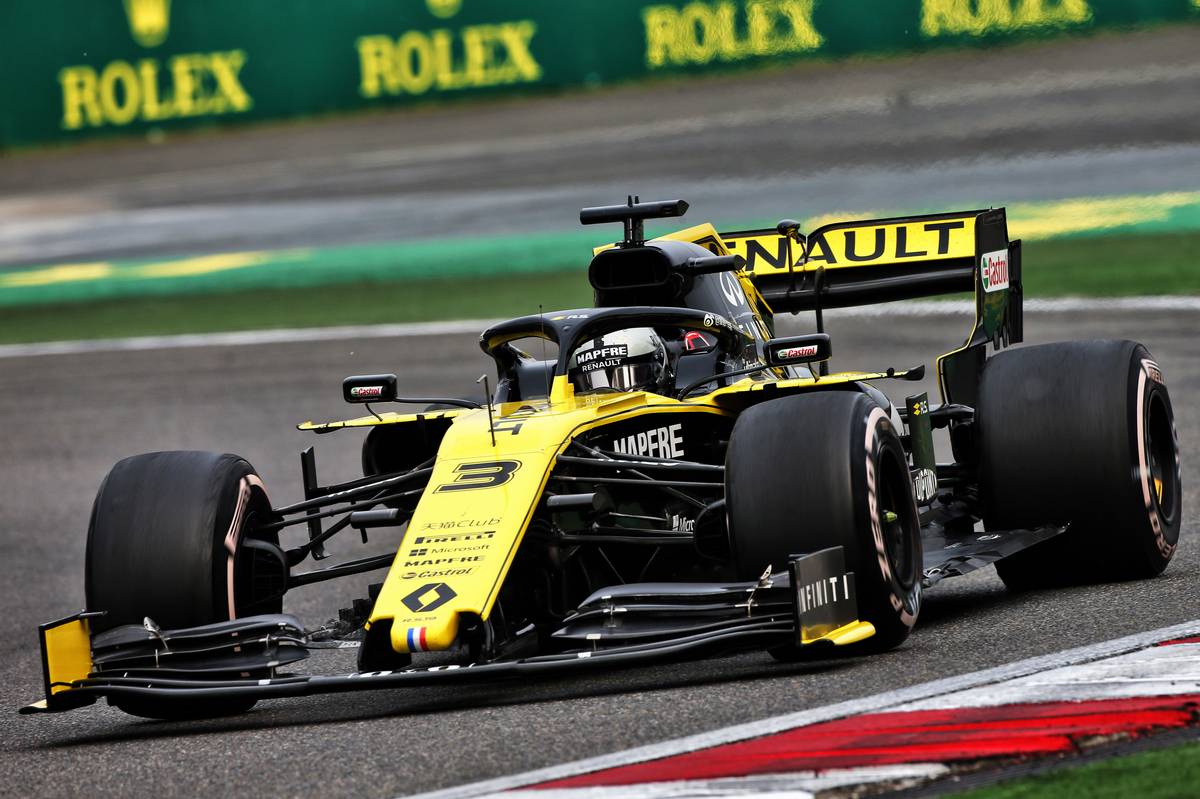 And the next race in Baku might be just the venue to help him remind his rivals of what he's capable of producing on track. He won the 2017 event here in what he describes as a wild and crazy race.

"Baku is a unique circuit, different to other street circuits we race on, because there are a lot of places to overtake," he explained.

"Baku has been interesting for me. I’ve had high points, like the crazy win in 2017, and also some low points like last season.

"2017 was a wild race, it was like we were karting and all of us were kids again.

"There are some things in Baku, which future circuits could replicate," he suggested. "The long, winding straight lends itself to massive slip-streaming and close racing. It’s a low downforce setting on the car, making it a low grip circuit."

Ricciardo didn't make it to the finish in last year's race, and his new team mate at Enstone Nico Hulkenberg has also not had the greatest of experiences.

"The race is interesting year on year [but] I’ve been a little unlucky for the past two seasons there," he admitted, recalling his spin in last year's race and an accident in 2017 while running in the top six.

"You have to be in the right place at the right time to capitalise on any opportunity," said Hulkenberg, who is now level with Ricciardo on points in the drivers championship.