After defeating Ferrari in China thanks to its 'double stack' pitstop, Mercedes enjoyed a 'double whammy' advantage in qualifying to outpace the Scuderia's Sebastian Vettel.

Ferrari was expected to maintain on Saturday afternoon its edge from free practice, but circumstances and a mishap from Charles Leclerc in Q2 deprived the Scuderia from a presence on the front row in Baku.

With all hopes for pole position sitting on Vettel's shoulders, the German tried to time his final run in Q3 to ensure he would benefit from a tow.

The Ferrari driver emerged from his garage behind the two Mercedes, only to see Lewis Hamilton and Valtteri Bottas pull over at the exit of the pitlane, where the pair dummied Vettel into believing they were going to practice a start.

The German thus set out on his own, albeit in clean air but without a helpful and crucial tow.

Wolff confirmed that his team's dummy move had been pre-planned, but the Austrian also revealed that Mercedes had benefited from another advantage, one that wasn't expected.

"They were very quick yesterday and they were extremely quick in FP3 this morning," Wolff told Motorsport.com, commenting on Ferrari's pace.

"And that was something which we didn’t know how to solve, because the gap was big.

"When you see these kinds of gaps it’s never that the car has suddenly lost performance, because we know there is performance, but you’re just not having the tyre in the right operating window.

"And the longer the session went, the more we got it there. Towards the end, from a car that was not making the drivers happy in the morning, we ended up with a car in Q3 that was good.

"I think that we gained relative performance with the dropping temperatures.

"I think probably with the track and ambient of this morning, they were in a league of their own, and once it got cooler probably the competitive order changed." 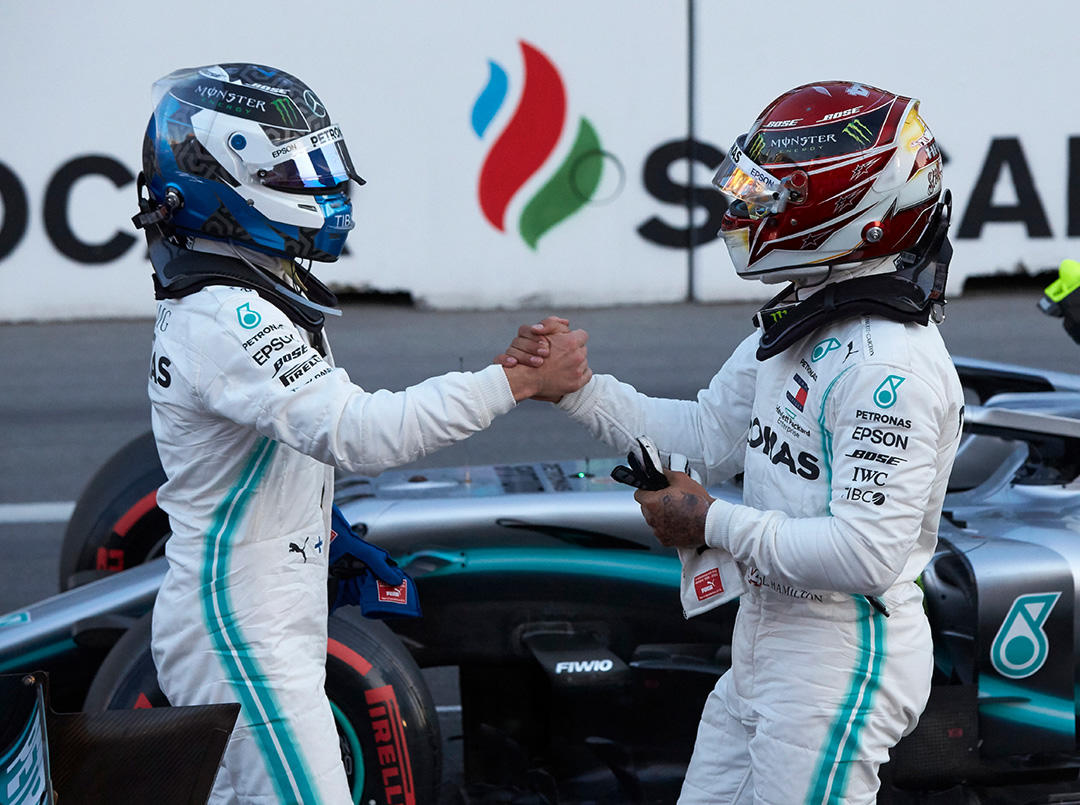 Lower track temperatures coupled with the team's gamesmanship at the exit of the pitlane thus delivered a "double whammy" to the Silver Arrows squad as Wolff called it.

"Practice starts! You need to evaluate between trying to get a bit of a tow effect, and compromising your out-lap," Wolff explained.

"And you can see how wrong it can go in Shanghai for some of the cars that weren’t able to cross the line.

"So in each of the qualifyings you saw a little bit of a pattern, and everybody waited for us to go out, and this time we felt we were going to try something else, and this is what we did. We decided this morning."

"So I think it was a double whammy. He [Vettel] was out by himself, no tow, and the ambient temperatures came towards us. Our car got better the colder it went."

Baku Speed Trap: who is the fastest of them all?