It was another impressive qualifying performance from Haas, with Romain Grosjean and Kevin Magnussen proving themselves once again 'best of the rest' in terms of one-lap pace at the Circuit de Barcelona-Catalunya.

But we've seen that from the team before, only to watch them fall backwards down the running order when it comes to the race itself.

Grosjean hopes that the new upgrades introduced on the VF-19 this weekend will stop that from happening again in the Spanish Grand Prix.

"We extracted the best from today. It’s been a good day, a good qualifying," he said after the end of qualifying.

"I hope we can carry this form over in the race," he added. "Here we’ve got the tyres to work nicely, an area we’ve been struggling with recently, but we’re happy with today.

"We’re not far off the Red Bulls, and we’re a good chunk ahead of the cars behind us. I think we can be proud of that."

Haas did well when pre-season testing was held here in February and March. But he admits that the fact that all the drivers and teams know the track so well could be an issue on Sunday.

"Everyone knows this track very well, so it’s not easy to make a difference," he acknowledged. 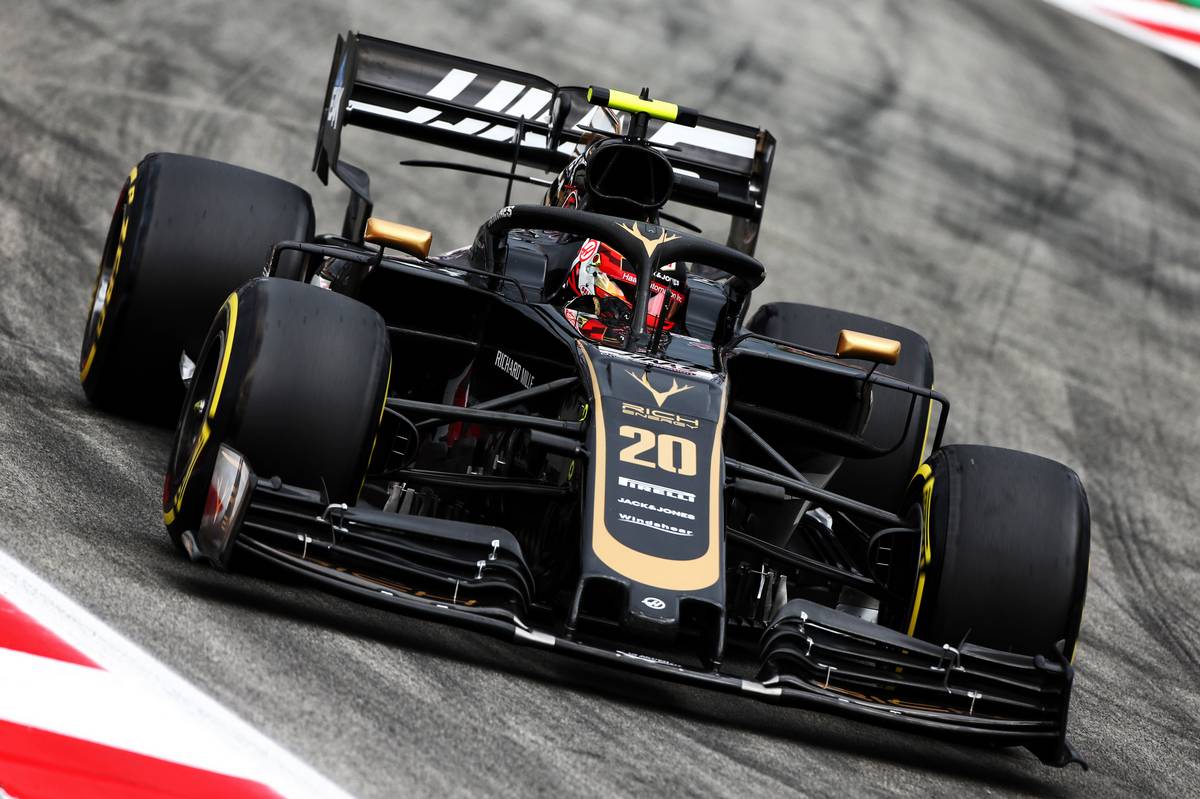 "I don’t think it’ll be an easy race," agreed Magnussen, who will start alongside Grosjean on row four of the grid. "We’re not quite sure about race pace for tomorrow.

"We were just two tenths of a second from one of the Red Bulls and ahead of the rest of the midfield, so I’m quite happy," he said. "We probably did the maximum we could do today.

"Today we were sixth tenths of a second faster than the next best in the midfield behind us, so hopefully we’ll have enough to keep those guys behind," he added. "It’s a difficult track to overtake on.

"I think we’re in a good position to score good points starting both cars in P7 and P8."

Verstappen 'not satisfied' with fourth on the grid in Spain