Charles Leclerc has confirmed that damage to his SF90 had affected his performance in the final round of qualifying for the Spanish Grand Prix on Saturday.

He had run wide into turn 9 heading toward the backstraight on his first flying lap during Q2. He clattered over the kerbing, which affected the underfloor of the car.

"I'm not very happy," he said after the end of qualifying at the Circuit de Barcelona-Catalunya. "I went wide in Q2 and some parts were damaged when I went over the kerb.

"I got a little bit of understeer but I kept it flat and thought it would be all fine," he said. "Unfortunately we broke quite a lot and then had to stop again.

"I don't really understand how I could lose that much of the car on the kerb. I didn't expect it."

Fortunately Leclerc was able to get back out on track again during the session, although it was clear that he didn't have the same sort of pace as before.

"The team did a great job and tried to fix the car during the session to let me continue driving.

"We need to check the car and see if everything is fine," he added. "We have to check our data to make sure we get our car back in shape for the race tomorrow."

"We repaired it as best we could," contributed Ferrari team principal Mattia Binotto. "But it still compromised his Q3 performance, as he had to attempt two timed laps on a single set of tyres." 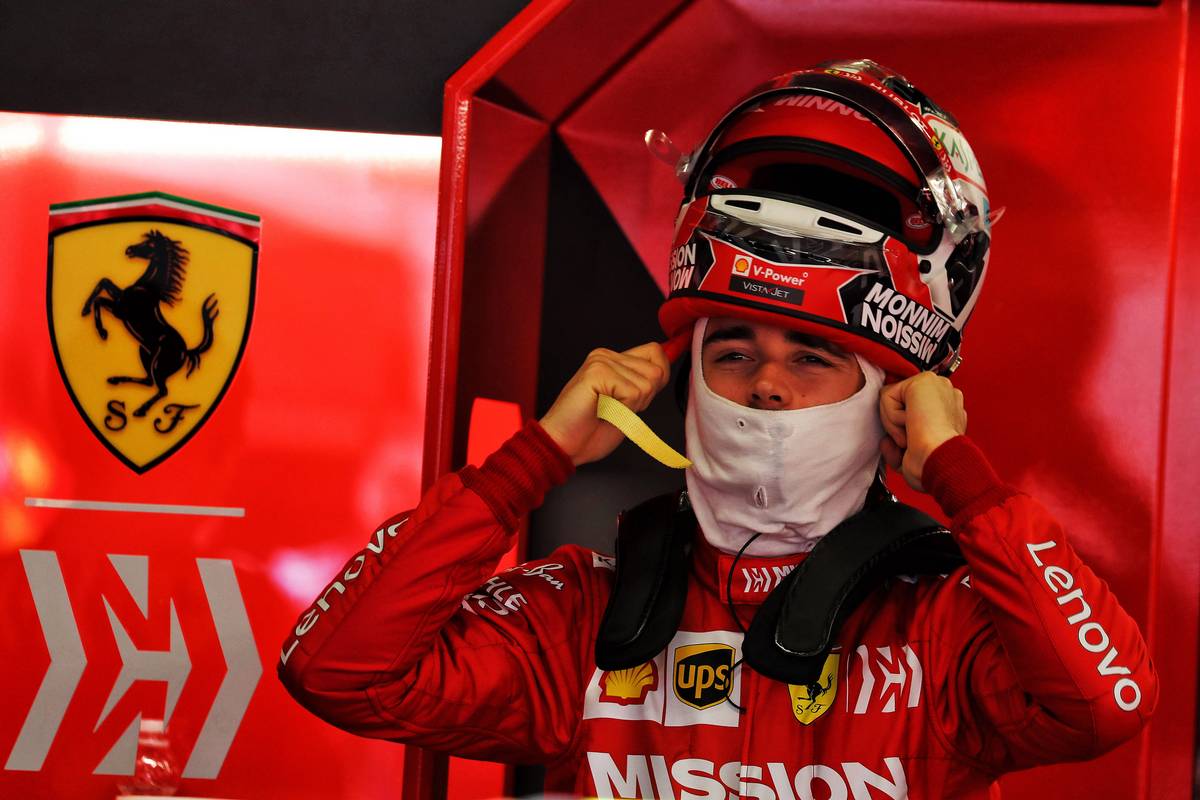 As a result of his eventful session, Leclerc will start from fifth place on the grid. That's behind an all-Mercedes front row, his own team mate Sebastian Vettel in third, and Red Bull's Max Verstappen.

"It is not the qualifying result we hoped for," he admitted. "Our competitors are strong, but we remain confident of our potential and will do our best to catch them."

Crucially, neither Leclerc nor Vettel had anything to match the blistering pole pace of Valtteri Bottas on Saturday. That's despite the team fast-tracking a new spec-2 engine into use for this weekend's race that was meant to put them on an equal footing with the Silver Arrows.

"We were slower than the Mercedes today, and that's it," Leclerc sighed.

Ferrari boss Binotto sounded equally downhearted by how things had turned out on Saturday.

"This weekend has highlighted the weak points on our car," he acknowledged. "We will carry out all the necessary analysis, also after the race, to get a complete picture of where we are struggling.

"Days like this can show you how to improve and I am sure it will see us perform better tomorrow.”

Wolff in a 'happy place' at Mercedes - dismisses departure rumors