McLaren's Lando Norris and Racing Point's Lance Stroll both escaped punishment from the stewards following their on-track clash in the Spanish Grand Prix.

In the latter part of Sunday's race, on lap 44, Norris challenged Stroll into the left-hander Turn 2 only for the pair to make contact when the Racing Point driver's left rear wheel ran over the right front wheel of the McLaren.

The clash sent Stroll into the gravel trap and out of the race while Norris was forced to stop a little further up the road, the incident also triggering the deployment of the Safety Car.

"It was pretty simple to be honest," Norris said after the race, before both men head to the stewards' office.

"So a bit annoyed I didn’t get to finish my fifth grand prix, but at the end of the day we weren’t in the points so it didn’t cost us as much as it could have done in another race or anything."

Stroll defended his position on the track: "I didn’t really see the replay so I’ll have to check it out in detail, but there was not much room there.

"I had to make the corner, so I turned in. There wasn’t much I could do.

"I braked on the inside and went deep into the first corner, and then I had to turn in for the next corner and unfortunately there was not enough space for both cars."

Ultimately, the unfortunate encounter was deemed a racing incident by the stewards.

"Car 4 attempted to pass car 18, on the outside, in turn 1 but did not in the view of the stewards, complete the overtake because the car 4 was not completely alongside car 18. 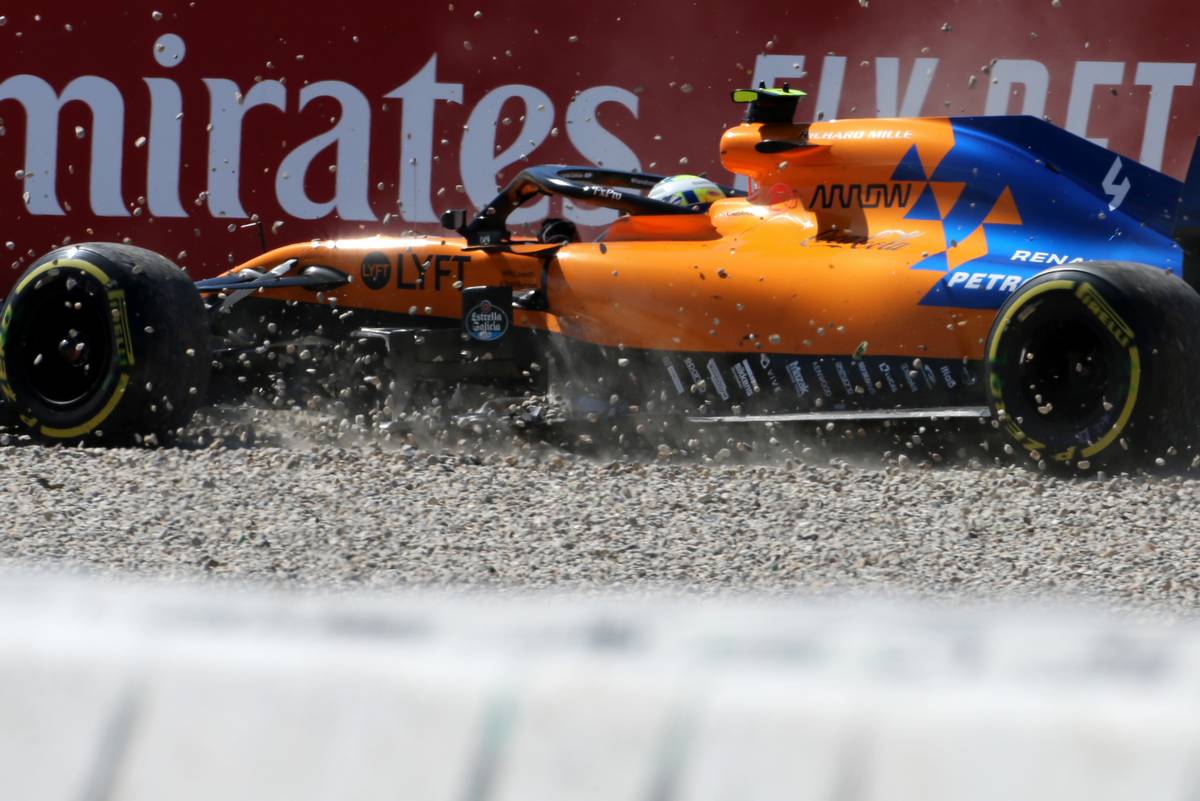 "Accordingly, we believe that neither driver was “wholly or predominantly to blame” and therefore in accordance with Article 38.2 a) of the Formula One Sporting Regulations, 'no penalty will be imposed'."