Lucas di Grassi conquered in Berlin his second Formula E victory of the series' 2018/19 season, the Brazilian delivering a home win to his Audi Sport Abt Schaeffler squad.

Di Grassi, who lined up third on the grid of Saturday's race held at Berlin's iconic Tempelhoff airport, built his triumph as early as the third lap when he overtook poleman Sebastien Buemi.

The Audi charger pulled clear of the field thereafter, leaving Buemi to fend off the assaults of BMW Andretti's Antonio Felix da Costa.

The latter eventually gained an upper hand over the Nissan driver to seize second place but Buemi successfully fought back at the halfway mark with the help of his fanboost. 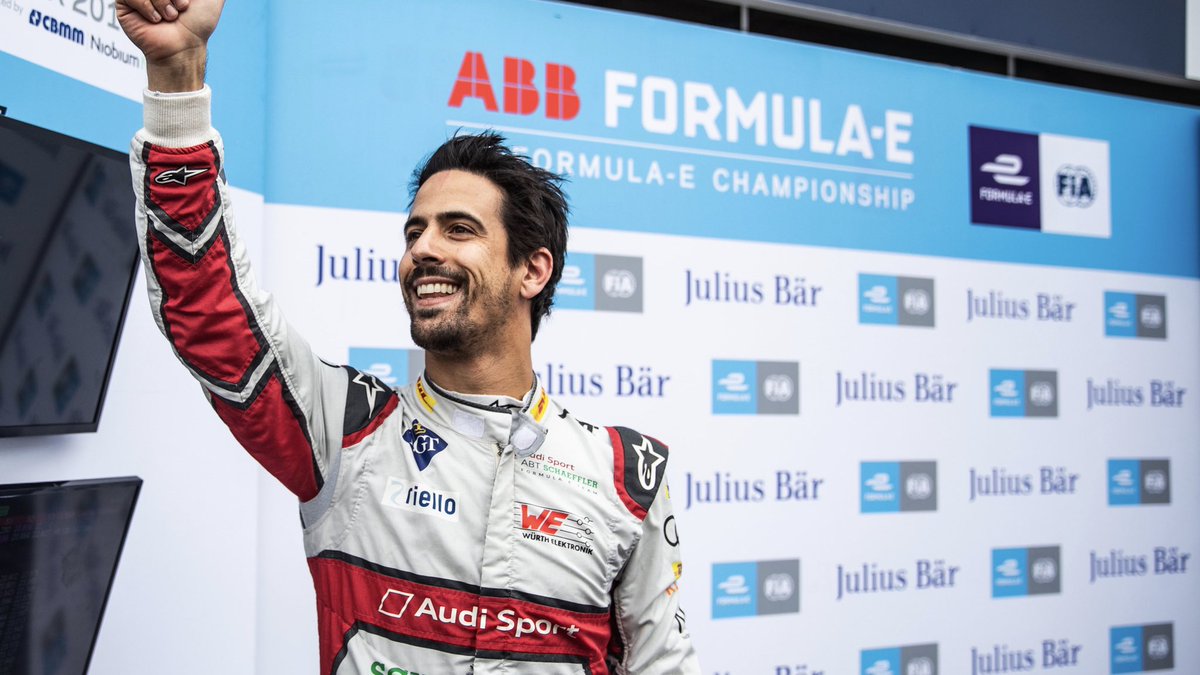 FE championship leader Jean-Eric Vergne, who had started P8, put in a spirited drive that saw him overhaul Daniel Abt, Stoffel Vandoorne and da Costa to become the third man on the podium.

Da Costa kept Vandoorne and Abt at bay to finish fourth, while Alexander sims, Oliver Rowland, Sam Bord and Pascal Wehrlein rounded off the top ten.

Di Grassi's win put the Brazilian just six points behinds leader Vergne with just three rounds remaining, the next of which will be held in Bern on June 22. 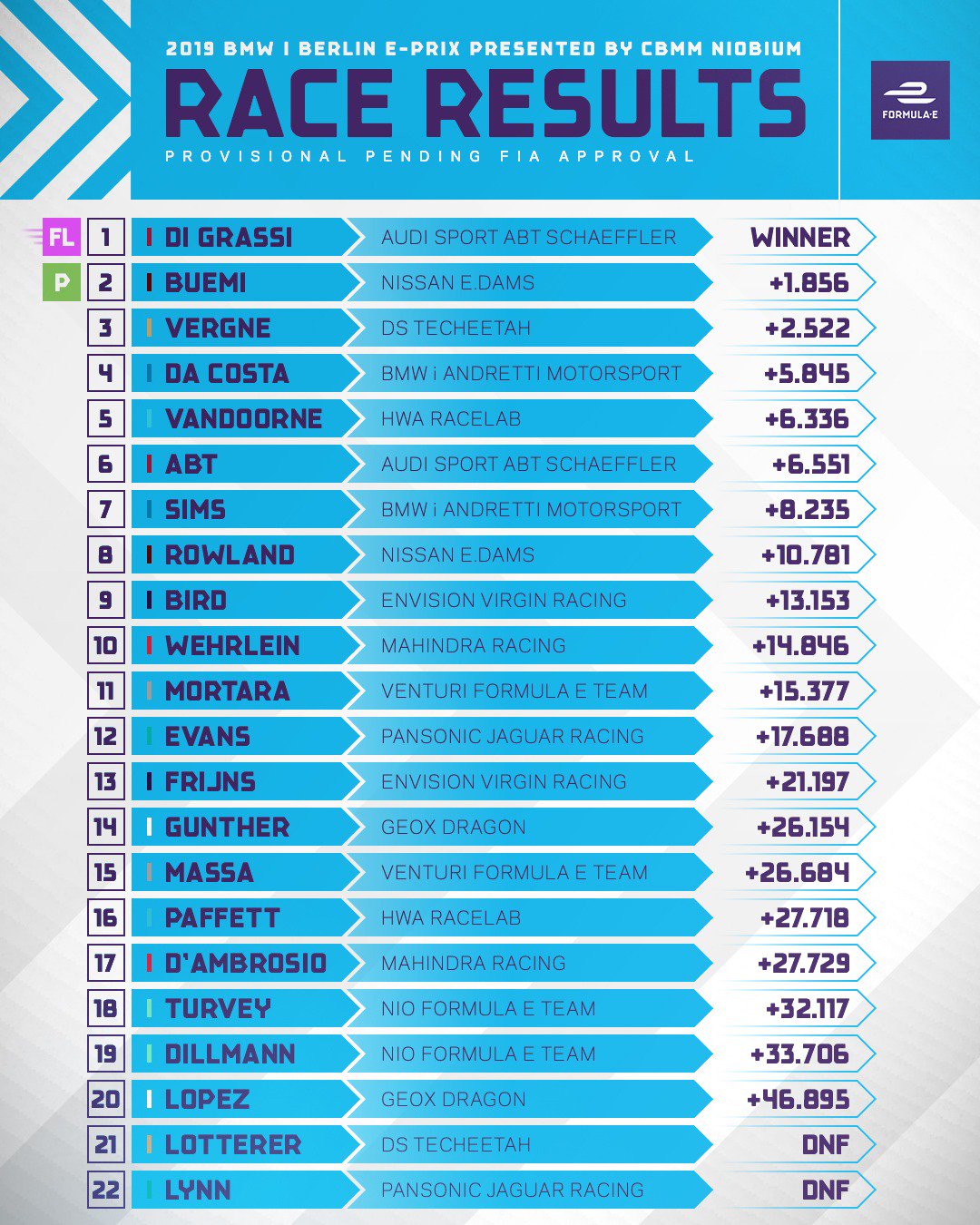 Leclerc springs to the top in FP3 as Vettel hits the wall!