Lewis Hamilton just managed to claim pole position for the 2019 Monaco Grand Prix by the narrowest of margins over his Mercedes team mate Valtteri Bottas.

It means another front row lock-out for the Silver Arrows, with Red Bull's Max Verstappen pipping Ferrari's Sebastian Vettel to third place on the grid.

Vettel's team mate, local boy Charles Leclerc, had a disastrous session and missed out on progressing from the first round of qualifying, meaning that he will start from 16th place on the grid for Sunday's race. 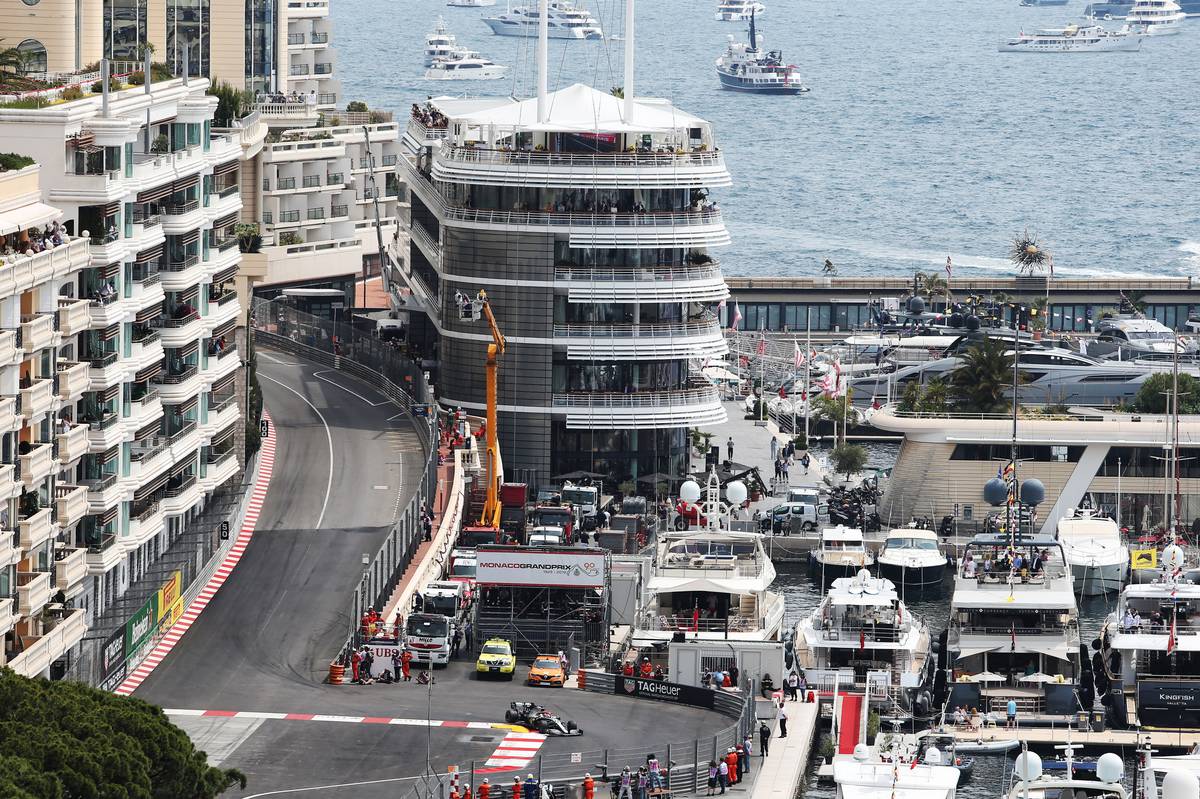 It had been a busy time in the pits following final practice two hours earlier, with Mercedes engineers carrying out set-up changes on both cars of Lewis Hamilton and Valtteri Bottas, and Ferrari's mechanics tackling repairs on Sebastian Vettel's SF90 after his earlier accident at Saint-Devote crushed the front wing and left suspension. Meanwhile there was concern at Red Bull, with the floor still not bolted onto Max Verstappen's RB15 with just a few minutes to go before the start of the first round of qualifying.

George Russell was first out on track for Williams, but there was little delay before the rest of the field followed him out including Vettel in the newly refurbished Ferrari. The exceptions were the two Red Bulls, but this was evidently by choice rather than necessity and Verstappen soon joined Pierre Gasly rolling out a few minutes later.

It meant that the track was quickly packed with traffic, and there was an early scare for Renault's Nico Hulkenberg when he came up unexpectedly behind the Alfa Romeo of Antonio Giovinazzi who was dawdling in the middle of the track trying to make some room ahead for his own first flying lap. It was no surprise when the race stewards said they would be taking a closer look at the incident after the session.

Home hero Charles Leclerc soon featured at the top of the timings with a lap of 1:12.825s, but the brace of Red Bulls were quick to push ahead with Verstappen on top. The two Silver Arrows were also able to soon outpace the Ferrari, but the surprise was a impressive effort for Kevin Magnussen which was enough to put the Haas into second place after the initial runs. 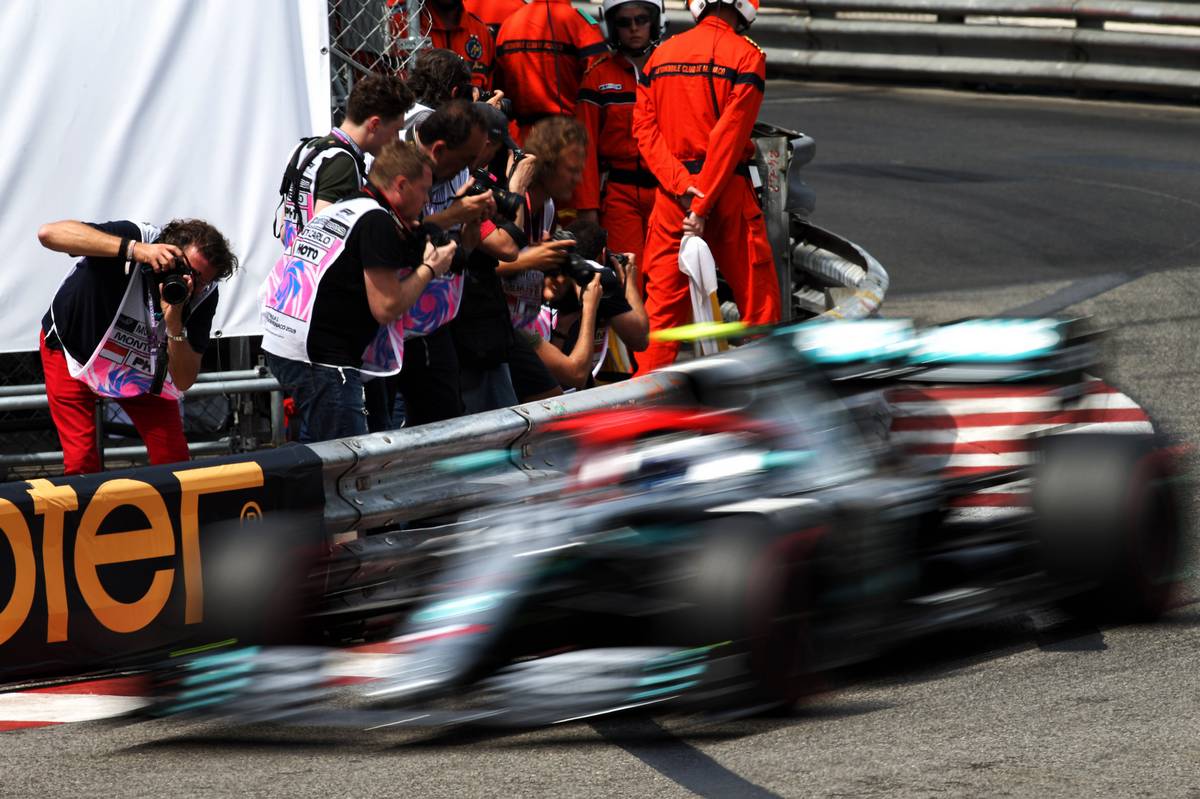 With the cars fuelled to make multiple runs, Bottas found more pace and went top with a time of 1:11.562s to put him ahead of Verstappen, while Hamilton similarly improved to move in front of Gasly. That pushed Magnussen down to fifth with Leclerc sixth ahead of McLaren's Carlos Sainz and the two Toro Rossos of Daniil Kvyat and Alexander Albon. Rounding out the top ten was Vettel, perhaps taking a wary initial approach after his morning mishap.

Vettel dropped out of the top ten altogether when a flying lap from Romain Grosjean put the Frenchman up to fifth place. Pushing hard in response, Vettel then thumped the barrier going through the swimming pool and was forced to head to pit lane for a checkover; by the time he emerged back on track with less than two minutes remaining, the four-time world champion was in the elimination zone.

The final runs saw Hamilton go top with a new best time of 1:11.542s, two hundredths ahead of Bottas, followed by Verstappen, Kvyat, Gasly and 2018 race winner Daniel Ricciardo in seventh ahead of Grosjean. But Vettel held up under the pressure and managed to pull out something special on this final lap by going top with a time of 1:11.434s.

However the relief of getting Vettel through to Q2 was soured by realisation that Vettel's improvement had dropped his team mate into the bottom five. The team had focused on Vettel and not put the Monegasque back out for a final run, after a scare where he missed a mandatory invitation to the weighbridge; that meant Leclerc had been eliminated along with the two Racing Point cars of Sergio Perez and Lance Stroll, and inevitably the Williams pair of Russell and Robert Kubica at the very bottom. 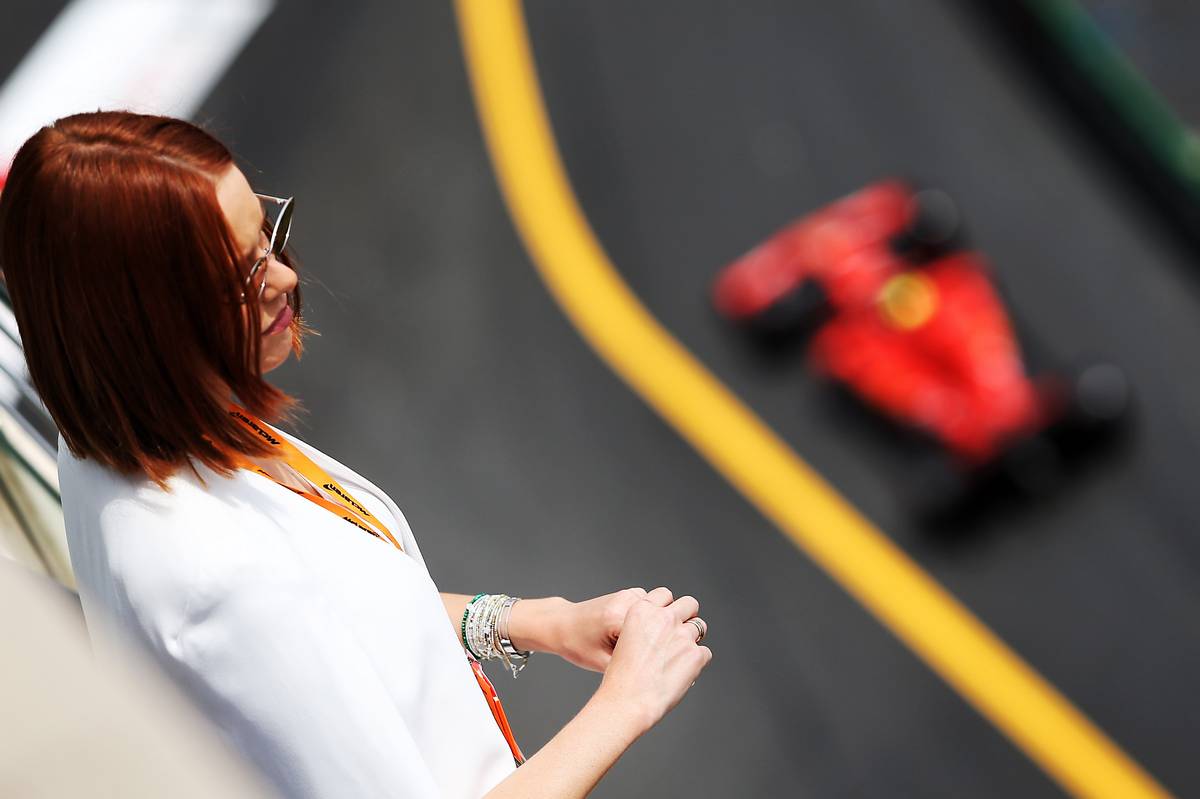 Q2: Verstappen fastest as Hulkenberg, Grosjean and Raikkonen miss out

The two Mercedes drivers were first into action for the second round, with Kvyat tagging along to keep them company and everyone going out on the softest compound tyres. Bottas won the inter-team battle with a time of 1:10.701s, a new track record for Monaco and a significant 0.423s faster than Hamilton - a big enough gap for Verstappen to comfortably slot into a few moments later.

Ricciardo was also looking pacy and slipped into fourth ahead of Gasly, Kvyat, Sainz, Magnussen and Hulkenberg after the initial runs. Looking under pressure outside the top ten were the Alfa Romeos of Giovinazzi and Kimi Raikkonen as well as Lando Norris, Albon and Grosjean, while Vettel was once again on the bubble and flirting uncomfortably close to disaster in ninth.

Hamilton found more pace next time around to recover second place, but he was still 0.134s off Bottas. After that there was a lull while the drivers briefly retired to pit lane before embarking on their final Q2 push, with no one feeling comfortable enough to sit it out in the pits - not even Bottas.

And sure enough, Bottas found himself knocked off the top spot by Verstappen's 1:10.618s. While Bottas improved his own time in response, it still wasn't enough to recover the top spot. Vettel powered his way to safety in fourth putting him between Hamilton and a great new effort from Magnussen, while Kvyat and Albon confirmed impressive pace for Toro Rosso in sixth and seventh which left Gasly in eighth ahead of Ricciardo and Sainz.

Missing the cut this time were Hulkenberg, Norris, Grosjean, Raikkonen and Giovinazzi. Grosjean had been unable to improve his time on his final run after running up behind a slow Gasly and then grazing the barrier at the swimming pool, sending sparks flying - which were soon followed by an understandable string of bleeped expletives over the team radio. 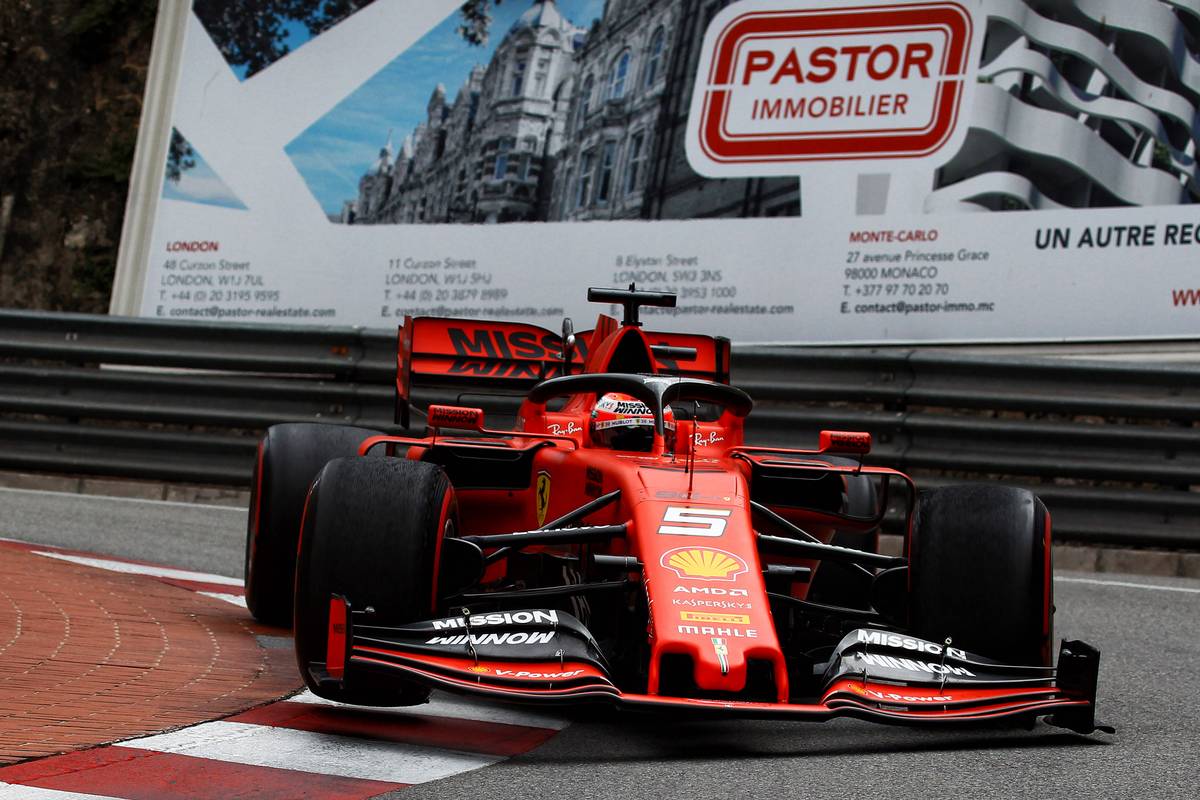 Following some repairs to a section of curbing in the swimming pool complex, the session resumed with Bottas the first to spring into action for the final top ten pole shoot-out round, followed by the two Toro Rosso contenders.

The Finn bettered his earlier time with a lap of 1:10.252s, almost four tenths faster than Verstappen and seven tenths ahead of Vettel, but Hamilton decided he needed a second warm-up lap before pushing. When he finally posted a representative time it was good enough for second place and another provisional all-Mercedes front row, but still 0.231s off the target time set by his team mate.

Hamilton's effort pushed Vettel down to fourth where he was followed by Gasly, Magnussen, Kvyat, Sainz, and Albon after the first runs. Only Ricciardo opted to bide his time at this point, and put his eggs all into one final effort.

With a little under three minutes remaining, everyone headed back out for one final effort. Vettel - not for the first time today - made a mistake and slapped the barriers at Tabac meaning there was no chance of improving his fourth place starting position. Bottas also lost time in the middle section, handing the momentum to Hamilton who managed to find something extra to put himself on pole by 0.086s.

Gasly held on to fifth - subject to any stewards investigations - with Magnussen sixth ahead of Ricciardo, Kvyat, Sainz and Albon as the chequered flag waved. 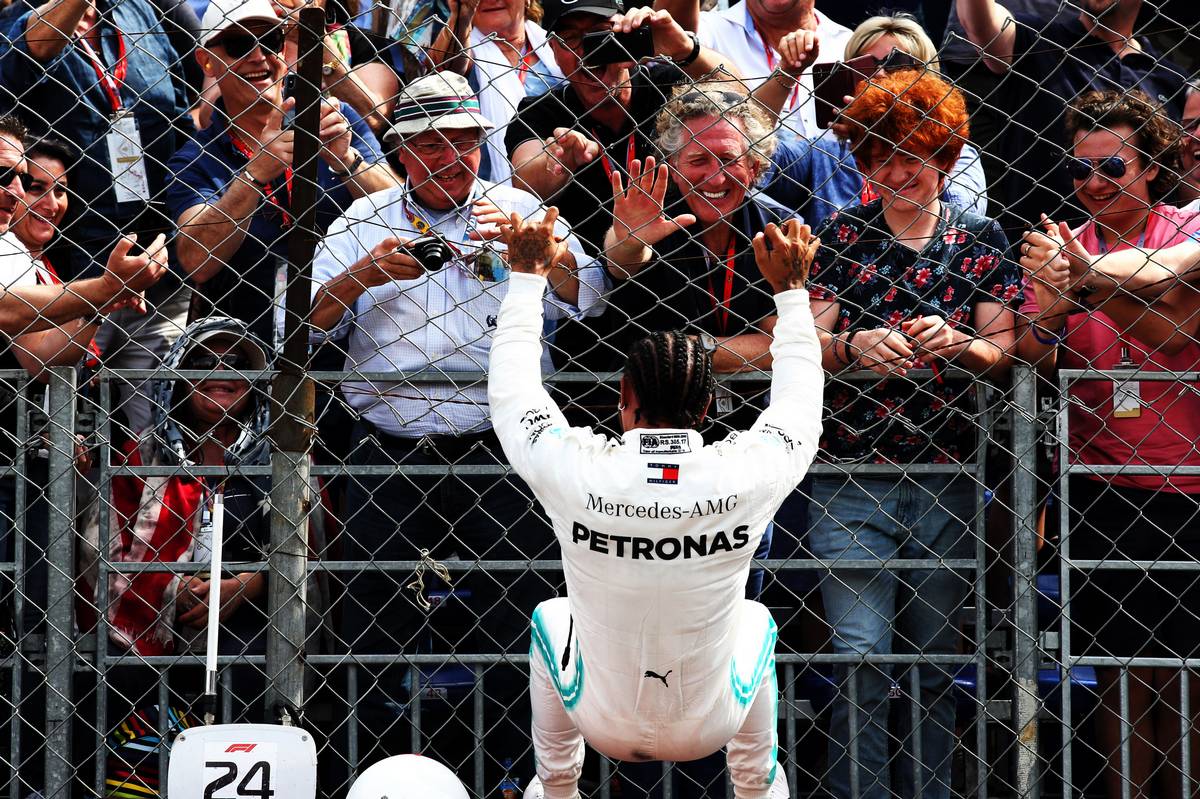 What are your predictions for the race? Let us know in the comments if you think Bottas will be able to overcome Hamilton?