Ferrari's affairs went from bad to worse on Saturday in Monaco, and Sebastian Vettel has urged the Scuderia as a whole to "dig deeper" to turn around its fortunes.

Vettel himself was at the origin of the team's first mishap of the day when he crashed in FP3, leaving his team to frantically repair and set up his SF90 in time for qualifying.

The German was well down the order in the closing stages of Q1 but a flyer sent him to the top of the time-sheet.

While that was good news for Vettel, it spelled disaster for team mate Leclerc as his effort kicked the Monegasque out of the top 15, although the main cause for the Monegasque's demise was Ferrari's incomprehensible decision not to send him out for a second run in Q1.

With the local hero out of the running, all attention was on Vettel but the four-time world champion continued his string of inconsistent and scruffy runs around the Principality.

Vettel denied that his afternoon session - especially the start - had been impacted by his morning off, instead pointing to his front tyres as the reason he could do no better than fourth in Q3.

"I think this morning has nothing to do with that," he said. "So, I don’t want to shift the blame.

"In the afternoon, certainly the first two laps you need to sort of rebuild and get into the rhythm, but then again I’ve been many times around here so that’s not a problem.

"We struggled to get the tyres to work and then you just don’t get the feel that you want and you need especially the front tyres for us didn’t work today."

Vettel suggested his team needed to regroup and work harder to turn around its disappointing performance. 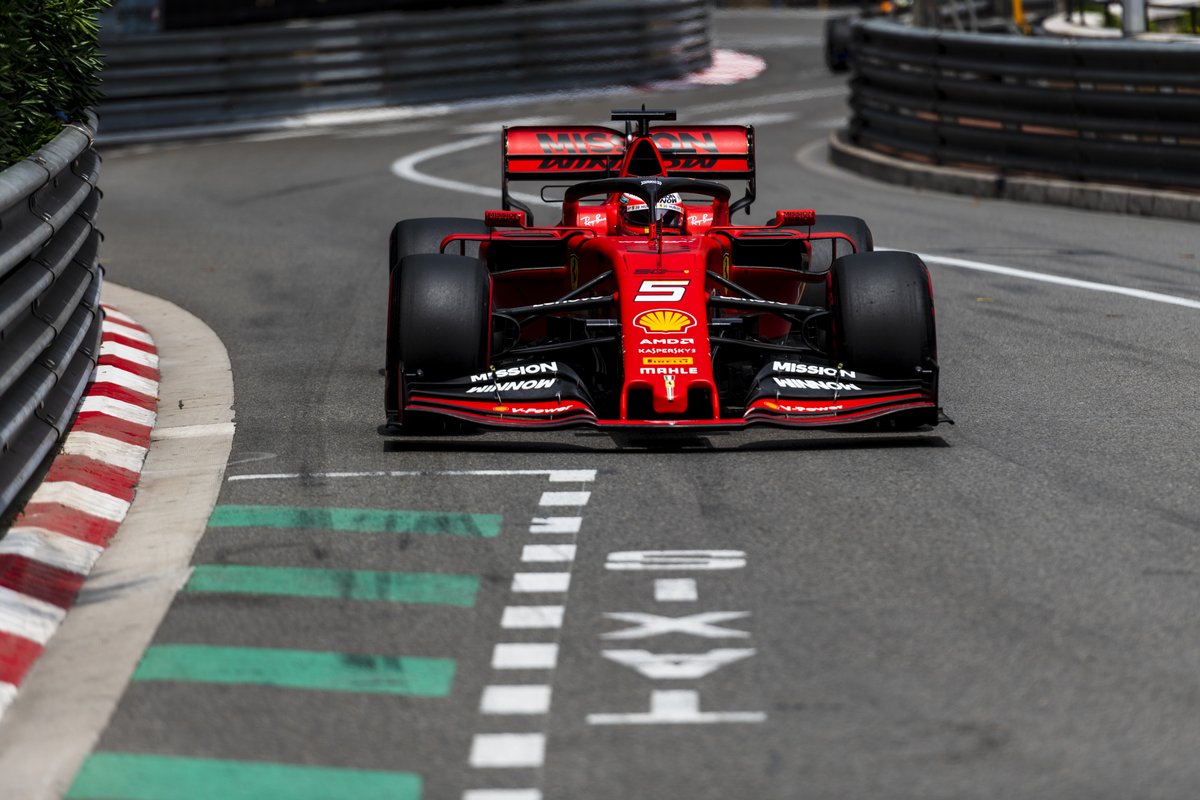 "We need to dig deeper," he added. "We are, already, trying to understand as much as we can. Sometimes it works.

"This morning Charles was quite happy and the few laps I had as well but this afternoon wasn’t quite like that so yeah.

"For now, it is what it is, we need accept it even if we don’t want to. But we go from there."

Verstappen: Red Bull closer to Mercedes than it looks