Max Verstappen is convinced that Red Bull is snapping at the heels of Mercedes in this year's championship - even if it doesn't always look like it in the timesheets.

Verstappen was third fastest in qualifying for the 2019 Monaco Grand Prix, but his best lap time in Q3 of 1:10.641s was still almost half a second slower than the two Mercedes cars lining up on the front row of the grid tomorrow.

But the Dutch racer insisted that the gap isn't nearly that big in reality. “I don’t think it’s half a second," he said after Saturday's qualifying session.

"They were a bit quick," he admitted of the Mercedes pace. "I think in general, when you look through the weekend, I think we were just missing those two or three-tenths in the end.

“We know we have some work to do to catch up, but I think as a team we keep pushing very hard to try and do that as soon as possible.

"My lap in Q2 was good," he said. “Q2 was a very good lap, but also the tyres were switched on. Around here, your tyres, that makes quite a bit of a difference.

"But then in Q3 on my first lap I lost it a bit in turn 1 on cold tyres," he explained. "The rear tyres were still not gripping up for me, so I lost a bit of time there.

"From there on, my lap was pretty stable compared to Q2, so it was not bad," he continued. "It was still a reasonable lap, to push it on these streets. Your heart rate goes up quite a lot as you know! 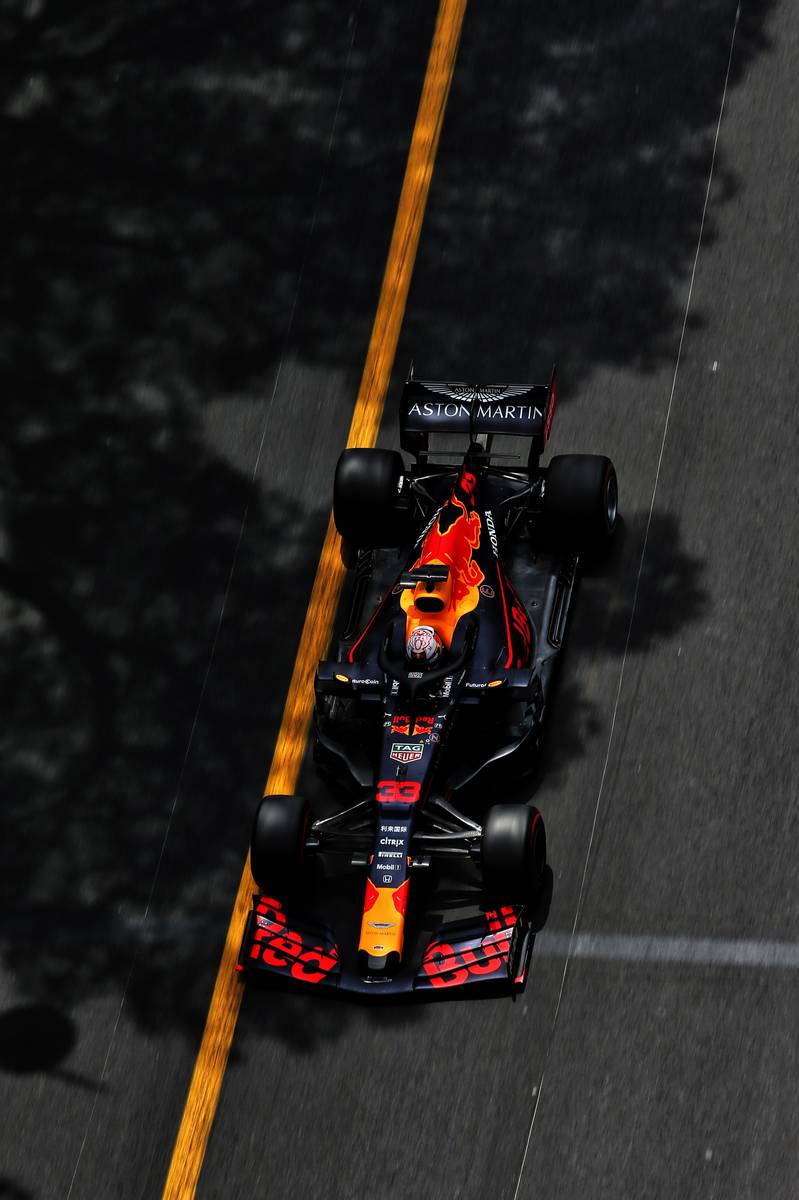 "Then on my second lap my out lap was just too slow," he admitted. "I got a bit of traffic on my out-lap.

"When I started the lap, they just felt cold, the tyres had no grip and I was already two-tenths over, so I decided to abort.

"I just didn’t get the tyres to work, and around here that is very crucial, because in Q2 we were competitive.

"But still, P3 is pretty good. I think with ten minutes before the session there wasn't even a floor on the car, so the mechanics did a great job today.

"So we’ll see what’s going to happen. But I’m happy about today," he insisted. "Let’s see what tomorrow brings."

Verstappen’s team-mate Pierre Gasly qualified just two places further back on the grid in fifth, but faces a stewards investigation for allegedly impeding Romain Grosjean in the penultimate round of qualifying.

'This one is for Niki' says Hamilton of 'perfect' Monaco pole