The Monegasque's fastest lap - achieved with the soft tyre - was 0.074s quicker than his team mate's best effort.

While Bottas was snapping at the heels of the Ferrari pair during the session, Lewis Hamilton was sidelined early on after an uncharacteristic error and a brush with the wall forced his Mercedes crew to undertake a rebuild of his W10's rear end.

Having sat out FP1 to accommodate reserve driver Nicholas Latifi, Williams Robert Kubica sprang into action at the get-go and even had the track to himself for the first few minutes.

There was no sign however of Antonio Giovinazzi when the light went green, and for a very good reason as Alfa was undertaking a precautionary gearbox change on the Italian's car, perhaps as a result of his mishap earlier in the day.

However, the main question at the start of FP2 was whether Ferrari had purposefully held back in the morning.

A very partial answer to that query appeared to come in the first 15 minutes of the session when Sebastian Vettel and Charles Leclerc placed themselves at the head of the field, running on the medium tyre.

But Hamilton and Bottas quickly took back what they considered to be rightfully theirs, with the Finn clocking in just 0.284s behind his team mate but on the harder compound, proving the mighty efficiency of Mercedes' W10. 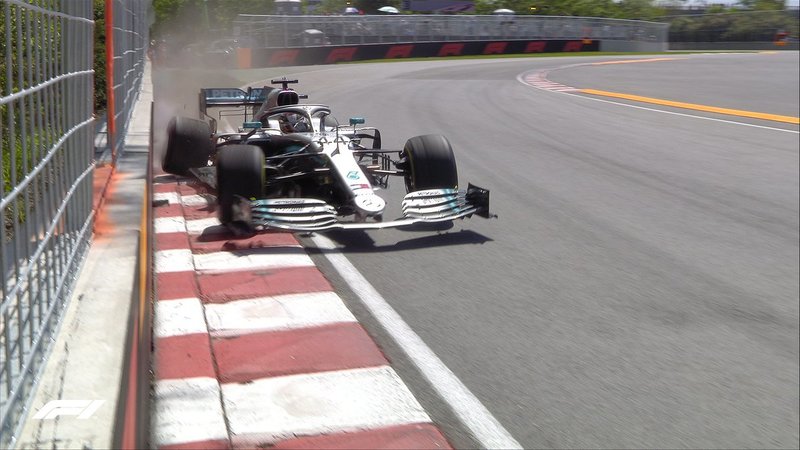 As impressive as the Silver Arrows were, stepping over the limit at the Circuit Gilles Villeneuve is a risky proposition as Hamilton demonstrated when he hooked the kerb and lost the rear at Turn 8-9, clouting the wall with the right rear.

The impact forced the Brit to crawl back to the pits where the Mercedes crew assessed the damage and eventually concluded that it would have to replace the rear of Hamilton's W10, a task that would sideline the reigning world champion for the remainder of FP2.

In the meantime, Max Verstappen improved to third, jumping both Leclerc and Vettel.

Shod with the soft compound, Bottas collected a string of purple sectors to post the fastest lap of the day - a 1m12.311s. But Vettel responded by going 0.060s quicker.

The German's effort signaled the long awaited step up in pace for the Ferrari squad, confirmed by Leclerc who dispatched his team mate at the front with 1m12.177s! 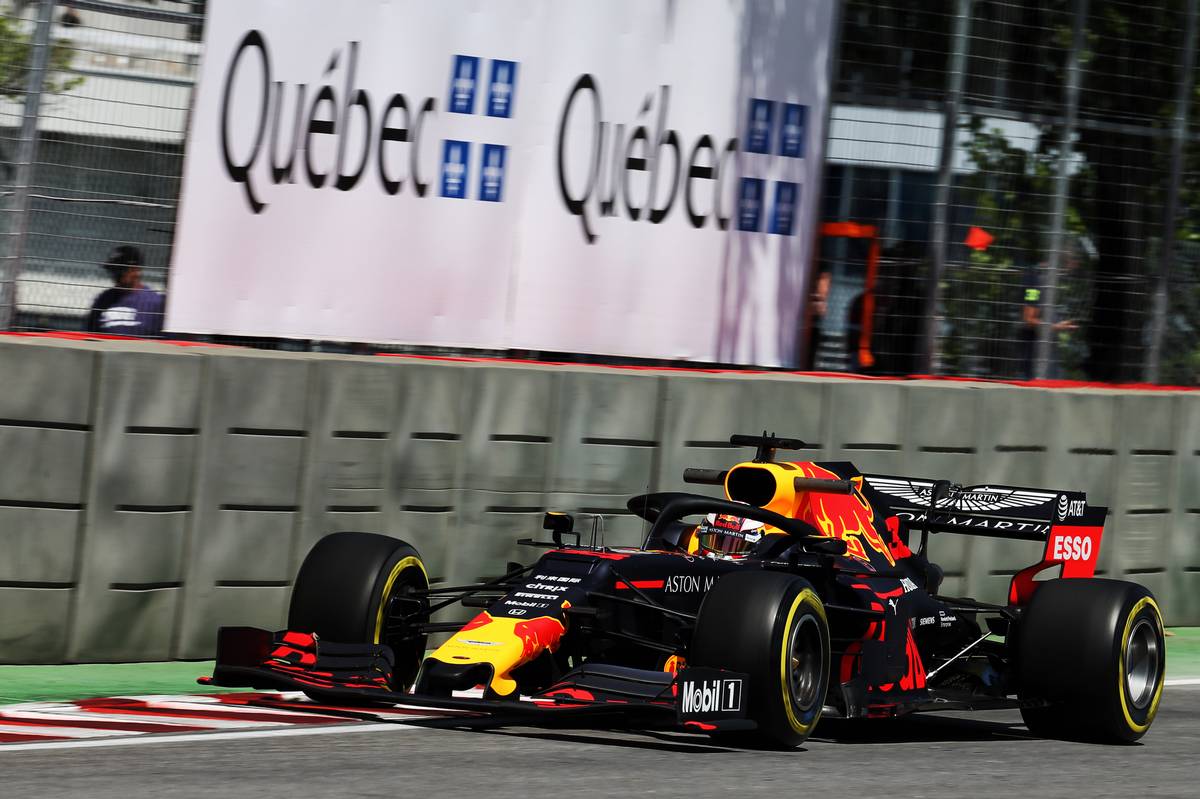 Following suit, Verstappen was on a real flyer as his speed in the first two sectors clearly indicated, but the Red Bull drifted just a tad too much on the exit of the final chicane, perhaps distracted by the presence of his team mate Pierre Gasly just ahead, and brushed the Wall of Champions.

But it was the gap between P4 and P5 that was the most impressive with Sainz edging Magnussen by almost four tenths of a second, a performance that confirmed the impressive form of McLaren's MCL34.

Despite Ferrari's afternoon step up in performance, both Leclerc and Vettel were active on the radio, voicing their concerns about their tyres. The former claimed his softs were "overheating as crazy" while the latter said his rubber at the rear were "melting away"!

Another worrying sign for the Scuderia was Bottas' pace on the Pirelli C3 hard compound which was almost as good as his red rivals running on softer rubber.