Lewis Hamilton said that the Mercedes simply hadn't been fast enough on the straights to challenge for pole position in Saturday's qualifying session for the 2019 Canadian Grand Prix.

"We gave it everything we could. Ferrari were just quicker," Hamilton said after finishing second-best behind Ferrari's Sebastian Vettel.

"Particularly in that last sector they were killing us by four-tenths or five-tenths on the straights," he added.

"We've had more top speed at all the tracks so far, and this is a track where top speed is a bit more relevant - not too many corners.

"Honestly, for whatever reason, I don't particularly feel disappointment," he insisted. "Really, really, thoroughly happy with the job."

Hamilton had been fastest in Q2 and took the early lead in the final top ten pole shoot-out round as well. Although he then improved on his time to extend his lead, it wasn't enough to fend off a final charge from Vettel.

"We had P1 for a second [but] we knew that they were quick," he acknowledged. “This is good. This is how racing should be."

The Ferrari's best time of 1:10.240s proved to be just over two tenths faster than Hamilton's final push. It's only the second time in 2019 that a Silver Arrow has not been able to claim pole position. 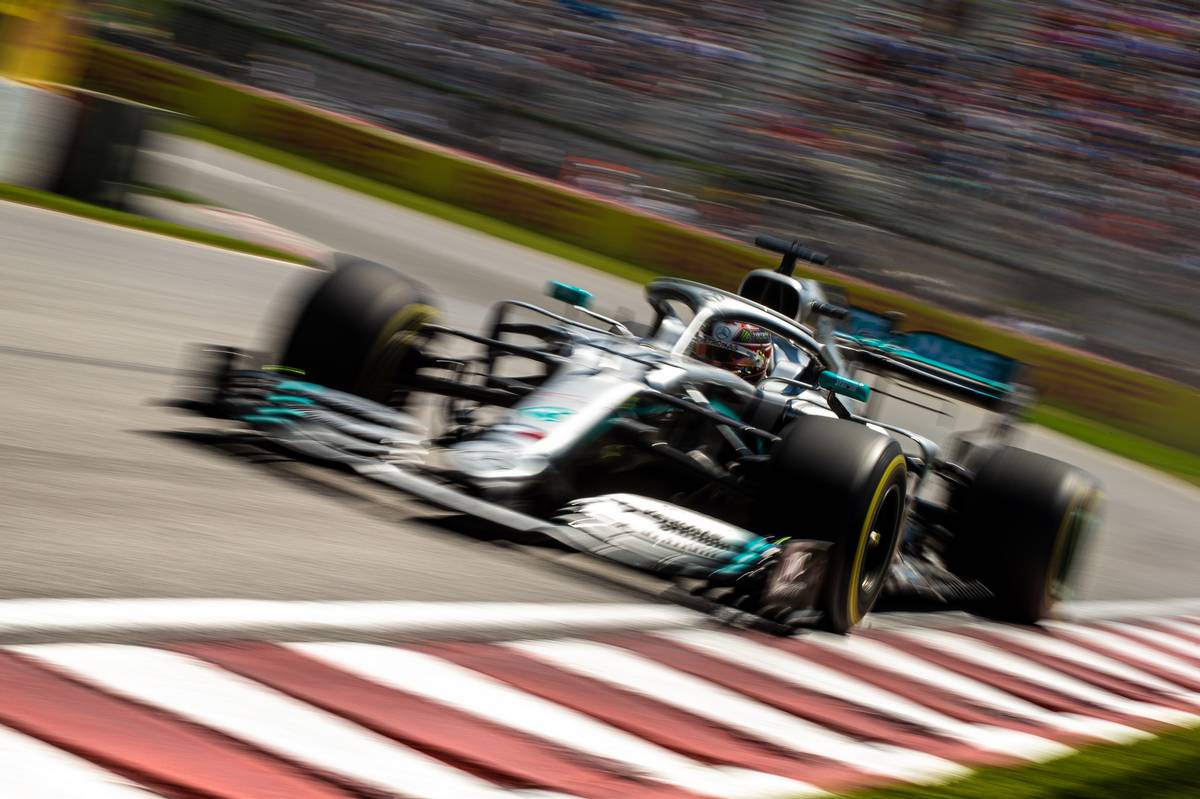 Hamilton suggested that Saturday's outcome could point to a change in the balance of power in the 2019 championship after a dominant opening spell for Mercedes.

"I hope this is a turning point for them [Ferrari] and it's going to be very close from now on," he told Motorsport.com. "We're going to have a serious battle throughout the season - that would be fantastic."

"I love to fight with another team, and today was just so close," he added. "I had no idea where we're going to be. At some stages they were ahead of us and we were swapping all the way."

Despite missing out on pole, Hamilton still starts tomorrow's race on the front row and will be ahead of Charles Leclerc on the second row, meaning that all is still to play for.

“I'm glad that I was able to split the Ferraris," he said. "Tomorrow should be interesting."

"The weather's fantastic, we've got a great group of fans that are here, so hopefully we can put on a good show tomorrow.”

With four wins under his belt already in Montreal, Hamilton could equal Michael Schumacher's all-time record tally of five victories at the Circuit Gilles-Villeneuve if he's able to find a way to overcome Vettel's pole advantage in the race.

Vettel 'full of adrenaline' after cracking pole in Canada