Vettel topped the Saturday afternoon shootout in Montreal for the first time since Hockenheim last year, with a mad dash effort in the final minute of qualifying that edged arch-rival Lewis Hamilton by 0.206s.

While that result was acquired on merit by the Scuderia and Vettel, the German knows that flawless execution - which has been in short supply at Maranello this year - will be needed for Ferrari to bring it home in Canada.

"Obviously there was a reason why we were able to put the car on pole," Vettel said.

"It will be a close battle, we know our strengths and we know our weaknesses. It’s a long race.

"We’re very quick down the straights, not so easy to pass but we will see. In terms of pace, we know it will be close, and we need a perfect race to fight for the win." 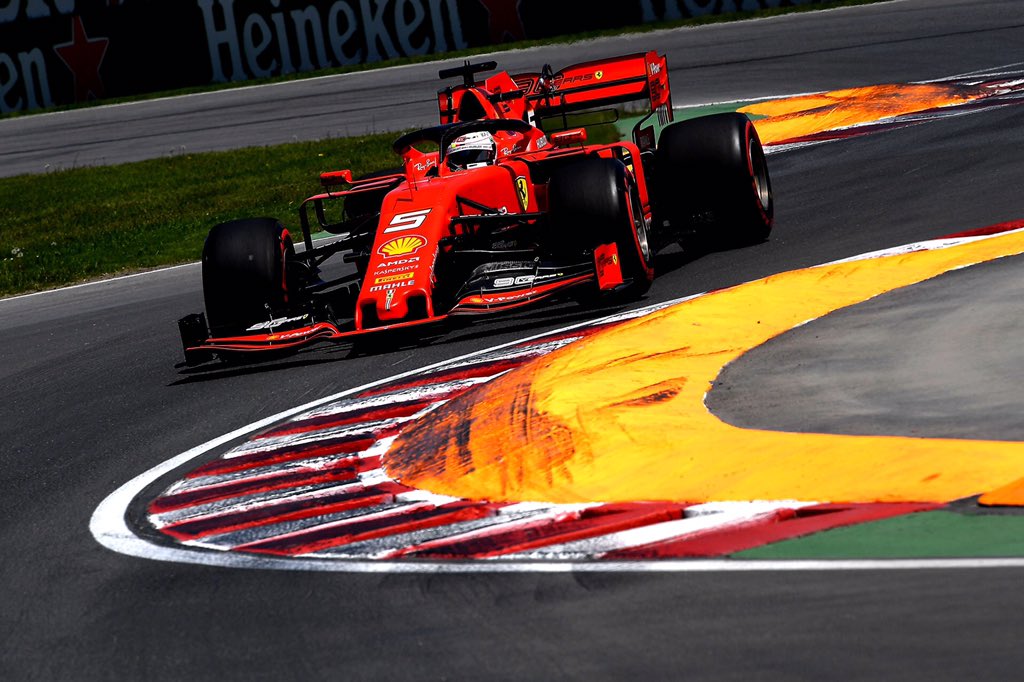 Asked after qualifying if his performance was a sure sign of a turnaround for Ferrari after its disappointing first six races, Vettel would not commit to such a conclusion.

"I don’t know, maybe. If you come to Abu Dhabi and ask if this was the turning point, hope I can give you a yes," he said.

“"t’s a long season, lots of different tracks, different challenges, we know we need to catch up.

"We had more top speed in all tracks so far. This is a track where top speed is more relevant, not too many corners. We’ll see.

"The whole of Maranello is throwing everything at it to try and give us a better car and make it better races to come."