Ferrari team principal Mattia Binotto insisted that Sebastian Vettel was the true victor in Sunday's Canadian Grand Prix, regardless of what the Montreal race stewards had decided.

Vettel lost the win after being handed a five second time penalty for overrunning a chicane during the race and returning to the track in an unsafe manner than almost resulted in a collision with Lewis Hamilton.

“The stewards reviewed video evidence and determined that car 5 left the track at turn 3," the stewards explained in the official FIA statement on the incident.

[Vettel] rejoined the track at turn 4 in an unsafe manner and forced car 44 [Hamilton] off the track. Car 44 had to take evasive action to avoid a collision."

But that cut little ice with Binotto.

"It is not down to us [the team] to decide," he told Sky Sports F1. "But if you look at the crowd, everybody seemed to believe that [it was wrong].

"He did a mistake in that respect. It was borderline on the tyres, so coming back on the track you have no grip as you were just on the grass. So there is nothing you can do. That is what he did.

"There was nothing that Sebastian could have done in that situation," he added. "I don’t think he had any bad intentions in what he was doing at all.

“We won today," he insisted. "I think honestly we have been the fastest on track today and that is important. 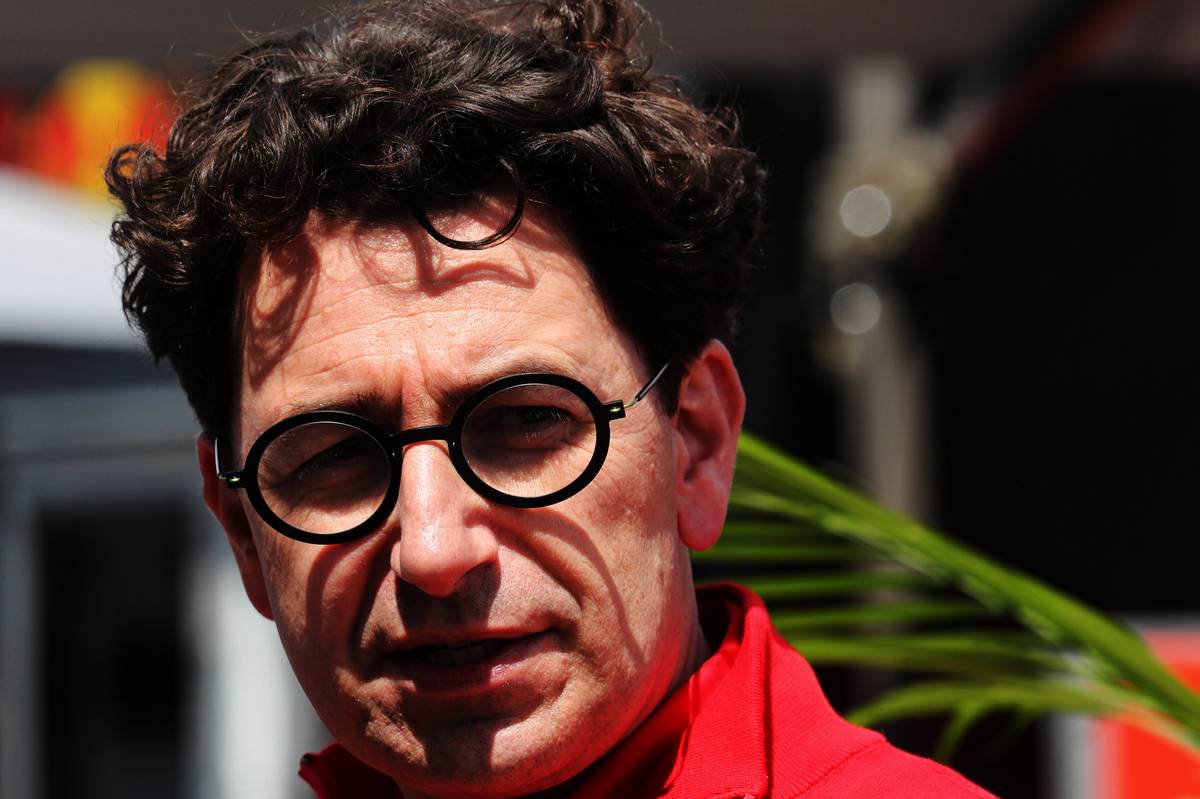 "He stayed ahead in the entire race until the chequered flag and to us he is our winner," he said. "He was driving at the limit on every lap and every single corner."

Vettel himself initially vented his fury over the team radio and then stormed down to the FIA officers once he was back in the paddock. He was eventually persuaded by the Ferrari press officer to make his way to the podium.

By the time Vettel fulfilled his media responsibilities, his temper had cooled off. But Binotto wasn't sorry to see the fire in Vettel's response to the perceived injustice.

“It is a good sign, for a driver he is hungry," the team boss commented. "He has proven that yesterday in qualifying and today in the race.

"We are all hungry here so I think that will certainly help us in the next few weeks, month and races," he added.

"As a team we have been competitive and we are fighting to win races so we will have a boost on this. The season is not over."

Hamilton admits: 'It wasn't the way I wanted to win it'

Stroll: 'This one is up there with some of my best'