Fernando Alonso and his Toyota team mates took top spoils at Le Mans, but the Spaniard insists the team's sister car would have been a more deserving winner.

Toyota Gazoo Racing’s #7 TS050 Hybrid impeccably driven by Mike Conway, Kamui Kobayashi and Jose Maria Lopez was heading to an admirable triumph on Sunday afternoon with less than an hour to go when a puncture robbed the crew of a sure win and handed the laurels to the #8 machine for the second year running.

Celebrations appeared muted on the podium after everything was said and done, and when the festivities died down Alonso confirmed he had very mixed feelings about what had been achieved.

“This one is definitely completely unexpected,” he conceded.

“We didn’t have the pace for 24 hours. We were not as quick as car No.7, and definitely we didn’t deserve to win on-track. The luck today was a big factor as it is in motorsport.”

Taking stock of the dramatic turn of events that had taken place earlier in the day, Alonso compared Lopez’s misfortunes with those that had befallen Kazuki Nakajima in 2016 and a few of his own late set-backs experienced in F1.

“I remember watching on television when Kazuki stopped one minute before the end in 2016,” said Alonso. “What can you do in those cases? They are incredibly hard.

“I’ve experienced unfortunately those moments as well, fighting for the world championship with McLaren in 2007 and Ferrari in 2010 and 2012.

“When you arrive at the last moment and you are unable to finish the job, you feel bad and I feel sad.

“I feel for my teammates because they are not only teammates but friends as well. They deserve it today.” 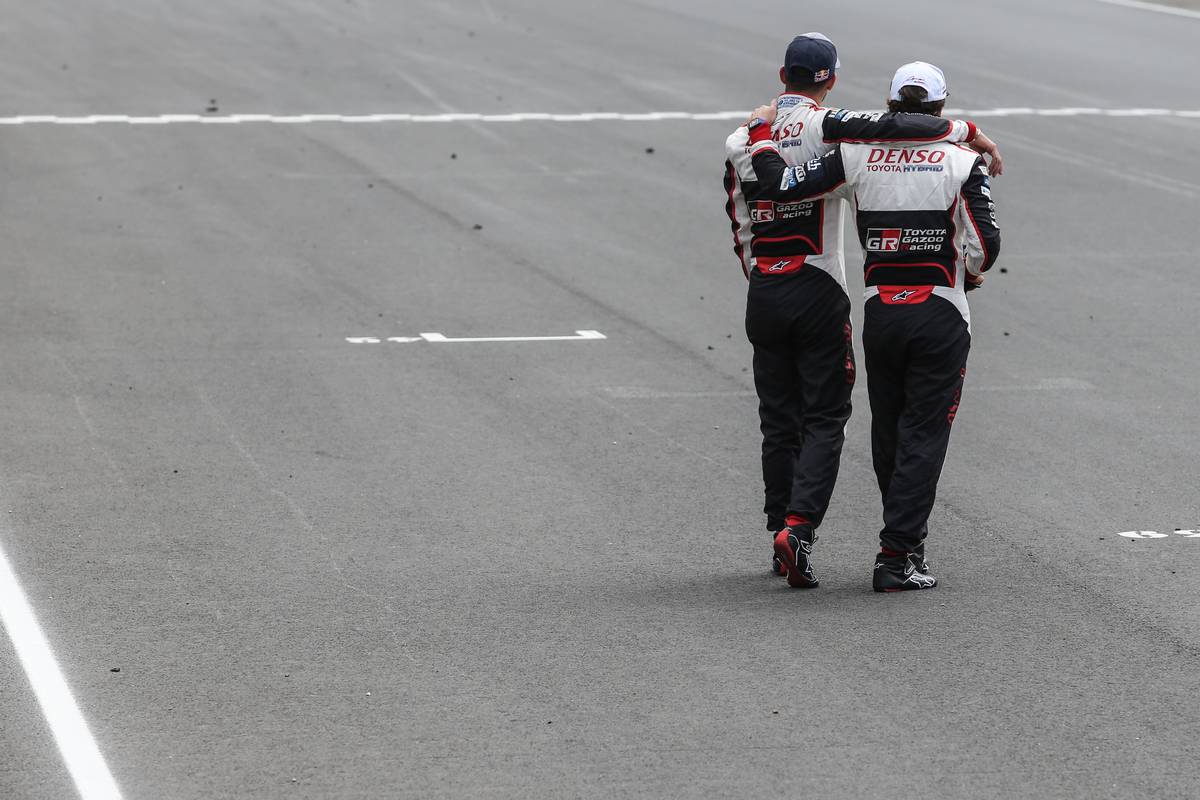 Alonso, Buemi and Nakajima clinched at Le Mans the FIA World Endurance Driver’s Championship in LMP, a feat that was more important to the Spaniard than Sunday’s outright win.

“Our main goal was to be world champions, and I’m extremely proud of that as well. It’s been a long super season,” he added.

“Last year was hard because I committed to do F1 plus the full WEC, not just Le Mans, because I wanted to fight for one more world championship, and today is the day that we take it, so it’s a very important day.”

Grosjean: Haas focused on getting its ‘whole package’ working

Hulkenberg confident Renault can sustain its momentum in France